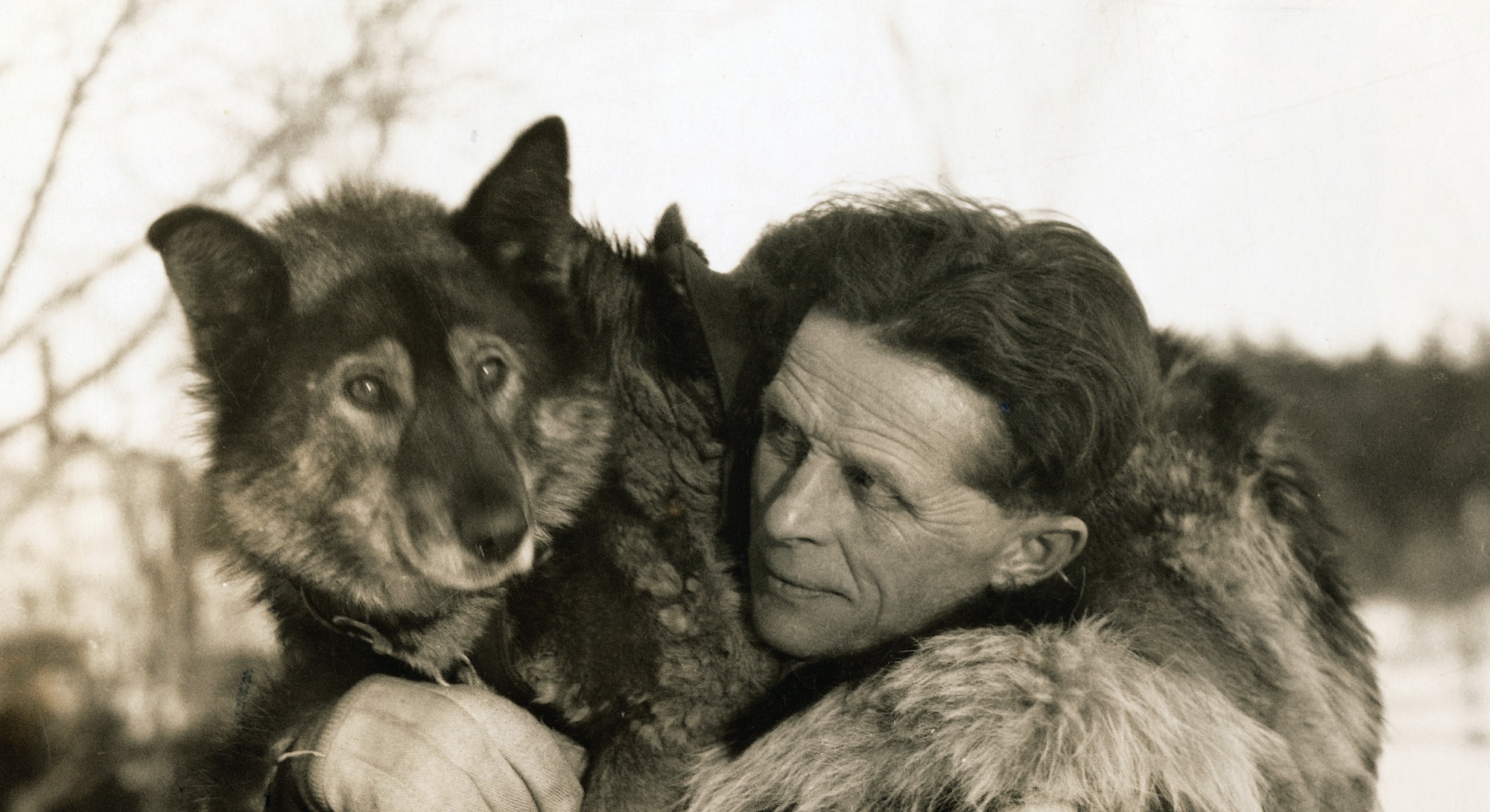 Every winter, one animal performs an incredible feat of endurance, running thousands of miles across ice and snow, through extreme temperatures and weather, over diverse terrain.

And then they might do it again. And again. These acts are a testament to the powers of their species, traits the most extreme human athletes can only aspire to.

The creatures capable of races like the 900-or-so-mile-long Iditarod, or the 1,000-mile-long Yukon Quest, may seem fantastical or remote, but many of us are intimately familiar with them and their kind. Although the golden retriever at the foot of your bed may not seem capable of much more than a good walk round the duck pond, dogs are made of stronger stuff than most humans. And perhaps none are so strong as the dogs competing in sled races.

Through it all, they drag a human, a sled, and massive amounts of gear along with them.

Like elite athletes, these dogs’ edge is a combination of the right training and genetics. What makes a sled dog a champion depends not just on their biology, but also on more amorphous characteristics, ones we most readily attribute to human athletes, like ultra-marathoners and Iron Man competitors.

Sled dogs offer scientists a unique opportunity to understand both dogs’ and humans’ biology — how genes can influence behaviors, and vice versa.

What makes a sled dog distinct from any other can be broken down to these 7 key traits:

Elaine Ostrander is an NIH Distinguished Investigator and member of the Cancer Genetics and Comparative Genomics Branch at the National Institutes of Health. She tells Inverse that the interplay between genes and behavior in dogs is more extreme than in humans in one key way.

“Unlike humans... when you look for behavioral genes, you expect to see a large number of genes of small effect,” she says.

“One of the great things about looking in dogs — because selection has been so hard and so fast — is that you see a small number of genes of very large effect.”

Breaking down the biology — When you think of a sled dog, chances are you picture an Alaskan or Siberian husky. While popular culture likely has more to do with your mental image, these dogs are perhaps biologically predisposed to becoming sled dogs than your standard poodle, say.

Research suggests that the underlying biology may make one dog more equipped to withstand the rigors of this extreme sport than another. Part of the reason why sled dog biology is so distinct may be to do with the ancient humans and successive generations of people living in the Arctics who, over the course of thousands of years, have relied on these dogs’ biological adaptations in order to live in the harsh Arctic environment.

"[Sled dogs] are a case of convergent evolution in Arctic organisms."

Some genetic adaptations seemingly critical to the dogs’ abilities were found in both modern Greenland sled dogs and their Zhokhov relatives, hinting at the ancient nature of these biological changes. Mikkel-Holger S. Sinding, post-doctoral student at Trinity College at Dublin and a co-author on the paper, tells Inverse the first clue to the dogs’ distinct biology came when the researchers found two genes related to perceiving temperature in sled dogs.

While Sinding and his colleagues are still parsing how these genes help the dogs withstand the cold, a similar system has been found in wooly mammoth remains — “a case of convergent evolution in Arctic organisms,” he explains.

The second clue came in the form of a gene found in sled dogs related to “managing exercise-induced hypoxia.” Hypoxia is a condition where parts of the body are deprived of required oxygen to function — essentially, if you over-exercise, your body struggles to keep up with the oxygen demands of muscles and organs, leading to the light-headedness, muscle cramping, and other ill-effects we associate with going too hard on the treadmill. For the dogs, ensuring the body gets adequate blood flow while running 1,000-mile races is a critical adaptation.

Finally, the study found a gene distinct to modern Greenland sled dogs — and not their less hardy relatives — related to the high intake of fatty acids, commonly found in food particular to the Arctic, like seal blubber and fish. The findings suggest the dogs adapted to eat a diet mirroring the food available to the people who lived alongside them, the researchers say.

Other studies have shown certain traits may have genetic components, too.

Heather Huson, associate professor of Animal Genetics at Cornell University and herself a sprint musher, has conducted several studies on sled dogs and other dogs, thanks to the generosity of kennels, breeders, and other people opening up their doors for researchers to study their animals. In a 2010 study on sled dogs, Huson and her team looked at the biology underlying several traits, including how hard dogs pulled on their harness when attached to the sled.

As Huson tells Inverse, there seems to be a genetic component to how hard the dogs could go while on the trail. She points out that we often associate toughness and grit with sled dogs. These are not just advantageous traits — they are a matter of life and death, as they have to deal with incredibly tough conditions during the sled races, including a specific form of layered ice known as “overflow,” as well as fracturing ice, and breath-taking ice fog.

A matter of endurance — From these genetics studies and other research, one major theme emerges: The dogs’ ability to adapt to human needs appears to play a pivotal role in their ability to make it as a mush hound. Ancient humans bred dogs for desirable traits, and modern humans continue the practice — whether it’s a sled dog or a goldendoodle.

“It really feels like almost anything we want them to do, they can do some greater or lesser approximation [to] meet our needs,” Ostrander explains. “[Sled dogs are] a case where they had to meet our needs. No way for us to survive that environment without meeting those needs.”

Geneticists are not the only scientists looking to sled dogs for clues to how biology may underlie dogs’ behavior.

Michael Davis, professor of Physiology at Oklahoma State University and expert in veterinary sports has spent years looking at the role diet and digestion play in sled dogs’ incredible abilities.

In 2005, his team found a “metabolic switch” which appears to control for how they burn calories specifically from fat. When they first start running, dogs take energy from glycogen, basically sugar held in muscles and liver, from the muscles but then they are able to draw energy from other places outside of the muscles. The adaptation may be what enables sled dogs to keep running, mile upon mile, through whatever pain or strain they may be feeling.

Tight bonds — While there are lots of physical requirements as to what makes a dog able to mush, trainability is also a critical part of the picture.

As Huson puts it, this is a non-negotiable: “dogs have to be trainable.” Essentially, you can’t breed your way out of training a dog to mush. Geneticist Ostrander points out some dogs can be very smart, but have no interest in doing whatever you want — something many pet owners can identify with. Some dogs also take a longer time to understand what you are trying to tell them, too, she says. Ideally, you want to find a dog that is both smart enough to be trained and interested enough in making your goals their goals.

Deke Naaktgeboren, a musher who has run both the Iditarod and Yukon Quest, tells Inverse dogs not only need to have the physical ability to race, but they also need mental toughness for the job.

A dog can run 10-15 miles well, but Naaktgeboren wants to see how the dog will react after 50 miles.

“You can train [mental toughness] a little bit,” he says, but it's really “either they have it or they don’t.”

Naaktgeboren has five dogs which, at least physically, bear no difference to your household pet, but he knows each of them will finish every race, barring a fluke injury.

It’s a combination of both that makes a sled dog successful, she says.

Either way, one thing is clear: we’re lucky to have these magnificent creatures as our companions.