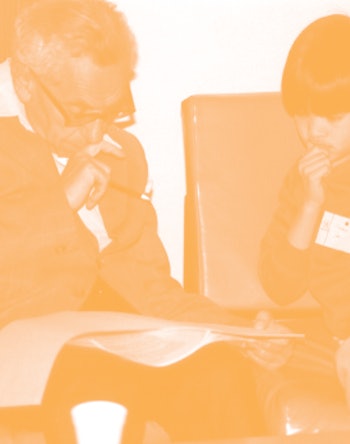 In the early 1930s, the renowned Hungarian mathematician Paul Erdős set forth a puzzle.

Erdős offered $500 to anyone who could crack it. Called the Erdős discrepancy problem, a puzzle that surmised the properties of an infinite, random sequence of +1s and -1s, it remained unsolved for more than eight decades. No one had even come close.

An attempt to solve the problem resurged again in 2010, this time led by the Polymath Project, a collaboration of mathematicians, both amateur and professional, who work together to solve math puzzles. It was the collaboration's fifth project. No dice; the effort fizzled out by 2012. Not even computerized attempts could topple the problem.

Then, on September 17, 2015, Terence Tao, a mathematician at the University of California, Los Angeles, posted a paper to the preprint server arXiv. Tao proposed a solution to the problem, a combination of his own work, along with some of the arguments proposed by contributors to the Polymath Project.

Tao, considered one of the world’s greatest living mathematicians, earned his Ph.D. at 20, was granted tenure at 24, and won the Fields Medal, often described as the Nobel Prize of mathematics, at 31. A 10-year-old Tao met Erdős when he visited Australia, and Erdős, who died in 1996, would go on to write a letter recommending Tao for admission to Princeton University. When asked if he would accept the prize money, Tao remained bashful.

“It was traditional to not actually cash the prizes that Erdős did award while he was alive,” Tao told Nature. “People usually framed the check instead.”

History has long idolized the idea of the loner mathematical genius, working quietly away on problems with nothing more than a piece of chalk and his blackboard. The Polymath Project tossed this idea in the trash. In fact, its success suggests that strength in numbers may be the key to better mathematics.

THE DREAM — In a blog post in January 2009, Timothy Gowers, a mathematician at the University of Cambridge and a fellow Fields Medalist, asked whether online collaborations could work together to crack difficult mathematical problems — and whether they could do it faster.

He proposed an unusual experiment, using his blog as a medium, and issued an open invitation for others to contribute to unsolved math problems that he would set forth. Anybody was welcome to participate, and he christened the experiment the “Polymath Project.”

“The idea had been in the back of my mind for some time that, if a lot of people all thought about a single problem, then perhaps it would be more efficient in some ways than one or two people doing so,” Gowers tells Inverse. “Also, if the collaboration took place openly, then there would be little danger of being scooped, since it would be clear where the ideas had come from.”

The first problem proposed was a mathematical theorem known as the density Hales-Jewett (DHJ) theorem, a puzzle Gowers wrote he himself would “love to solve.” The problem was a tricky one; it was known to be true, but Gowers challenged his readers to try to find a more straightforward proof than ones that had been put forward in the past.

By March — some six weeks and 800 comments later — a new proof of the theorem had been found. A paper was published on the online preprint server arXiv, under the collective pseudonym D. H. J. Polymath. The speed was unprecedented.

Gowers remarked that “this process is to normal research as driving is to pushing a car.”

It was “a bit of a perfect storm.”

THE TEAM — The experience levels of contributors ran the gamut; anyone from Fields Medal winners to interested amateurs (including a high-school teacher, a priest, and a math graduate student).

“I originally didn’t think that anything unsolved was at all approachable,” Jason Dyer, a math teacher in Arizona who contributed to some of the project’s problems told New Scientist. “Doing this has helped increase my own mathematical confidence.”

HOW THEY STAYED CONNECTED — Niki Kittur, a professor in Carnegie Mellon University's Human-Computer Interaction Institute, co-authored a paper in 2011 with his colleague, Justin Cranshaw, in which they took apart and inspected the internal cogs of the Polymath Project, deciphering what were the ingredients that made the recipe work.

Kittur thinks the reason why collaborations like the Polymath Project haven’t become mainstream is because it was “a bit of a perfect storm”; it came together at a time when people happened to be experimenting with different forms of communication and collaboration on the internet. There were a ton of challenges, says Kittur, in trying to keep the system organized. The blog commenting system, for one, turned out to be pretty inefficient, as well as the constant different parallel threads making it difficult to follow.

A major issue Kittur sees in large collaborations such as the Polymath Project lies in how to assign credit; Gowers echoes that sentiment. “The incentives don’t really reward a small contribution to a project with a large number of people, and it is also quite hard to get others to participate, so it tends to need someone with a high-profile presence on social media, which limits the number of projects that can happen,” Gowers says. Another major obstacle he cites was the sheer amount of time one had to put in to make any headway.

WHY COLLABORATING WAS SO IMPORTANT TO THE MISSION — “By combining a lot of people, I think [the project] was really successful in exploring lots of paths,” says Kittur. One of the features that drove the project’s success was “the ability to reallocate effort so that they had lots of people working efficiently on the most promising parts of a problem space,” he says.

Some of the most influential comments came from people who were not really established in the field at all, including math teachers or amateur math geeks.

“There was very little correlation between how influential you were in the field of mathematics and how influential your comments were,” Kittur says. “So, in that way, it was very democratic. I was really happy to see that, because, you know, academia does tend to have these institutionalized barriers.”

According to Gowers, bigger, more international collaborations is just a more efficient way of doing things. “Different people are good at different aspects of the research process, and it’s good to exploit that,” he says.

SO, DID THEY ACHIEVE IT? To date, there have been 16 Polymath projects, with three of them culminating in published papers, and many still going. For some of the projects, while no solution was ever come to, the online discussion still bore fruitful discussions. The New York Times described it as “a leader in the emerging discipline of open-source science.”

“There is interesting territory here that is yet to be explored.”

WHAT’S NEXT — “I think there is a real fundamental need for us to rethink the way that we are doing science as individuals,” says Kittur.

If everyone were to take a leaf out of the book of the Polymath Project, real headway could be made on some of the issues facing humanity today.

“We need to combine our minds to solve some of the biggest challenges and problems that we're encountering. There's just no other way," Kittur tells Inverse.

Similar endeavors have continued its legacy. MathOverflow, a forum where anyone can ask math questions and mathematicians can earn reputation points for contributing to solutions, was created the same year as the Polymath Project by a group of graduate students and postdocs at UC Berkeley. It has been described as “almost an anti-social network, focused solely on productively addressing the problems posed by its users.” It actively tried to cut down on collaboration of the social kind — its owners want it to be strictly math, no chit-chat.

Gil Kalai, a mathematician at Hebrew University in Jerusalem who took part in the project, isn’t totally convinced this is the future of mathematics.

“This method — putting out your half-baked idea into the world for everyone to see — doesn’t work for everybody,” he says. “I don't think it will ever revolutionize mathematical research, but it's a nice addition: to both the research itself as well as to the understanding of the process of discovery.”

“So, it was not perhaps the romantic vision of hundreds of people doing a very small thing, but the collaboration was both in the research itself, but also in letting people follow it and learn from it and so on.”

Gowers is optimistic that one day, someone somewhere will design an even better platform for a similar kind of project. He hasn’t organized a project for over three years now, but he hopes that at some point he can return to it and perhaps experiment with a different kind of organizational structure.

“In general, though, I think there is interesting territory here that is yet to be explored.”