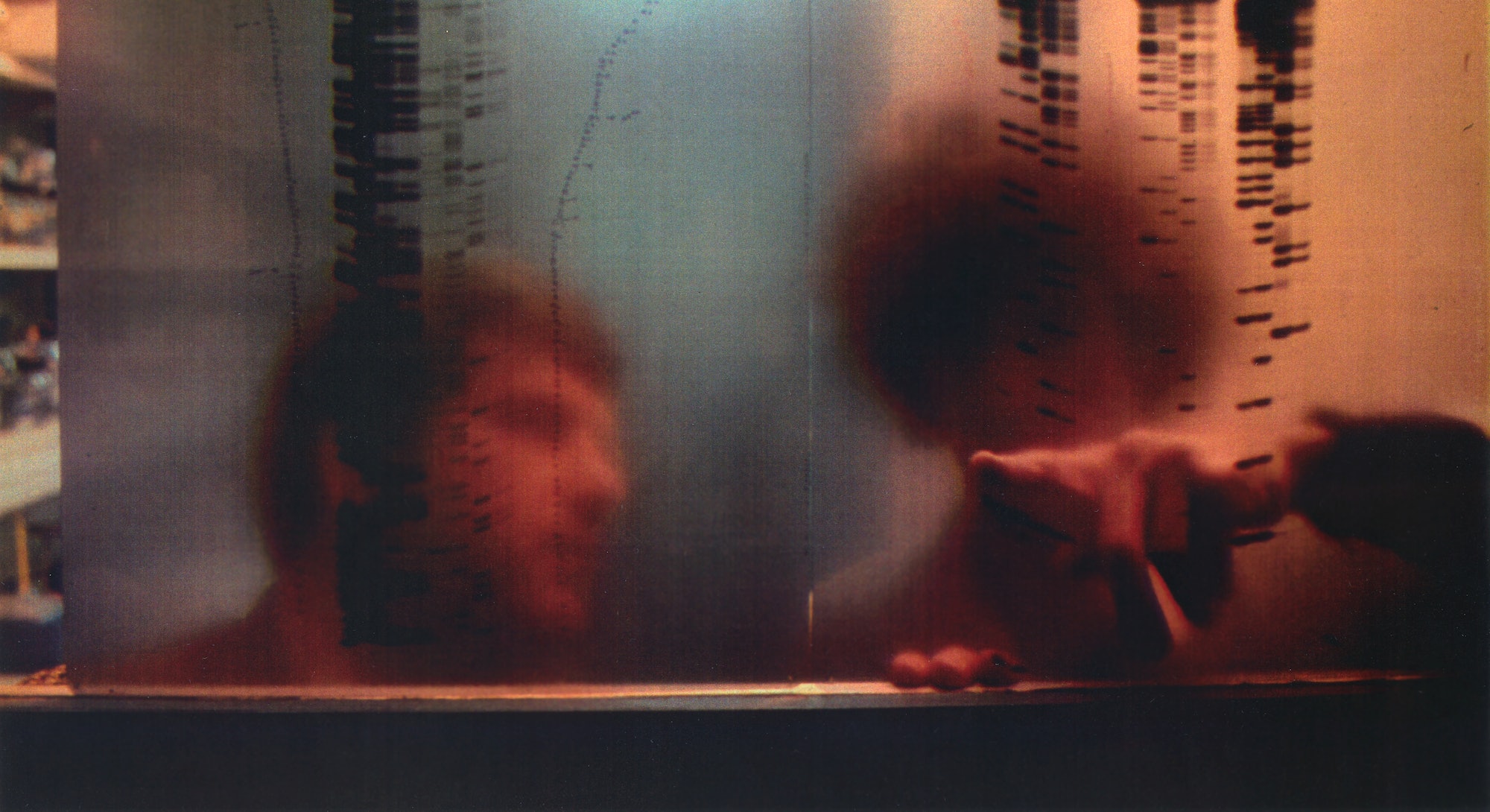 Humans are all largely built the same: We are about 99.9 percent identical in our genetic makeup. It’s that 0.1 percent difference in our DNA that sets us apart from one another and makes us unique.

The human genome is the full set of DNA that makes us human — our genetic Lego. Science has it all mapped out, nature's genetic blueprint for building a human being, thanks to the Human Genome Project, a 13-year-long endeavor that set out to map the entirety of human DNA and determine the order of all 3 billion DNA letters that make up our genome. Started in 1990 and finished completely in 2003, the project turned 30 in October. Its completion transformed the way we do science, research, and medicine forever, and the field of genomics exploded in its wake.

The result was “the most wondrous map ever created by humankind,” former US President Bill Clinton said at the ceremony to mark its completion.

THE DREAM — In May 1985, the biologist Robert Sinsheimer gathered together some of the most eminent and smartest minds in genetic research at the time for a workshop at his institution, the University of California, Santa Cruz. He had an idea he wanted to float to the group: What did they think about the sequencing of the entire human genome — was it possible? The consensus was that it was a wonderful idea, just not feasible. On top of that, Sinsheimer couldn’t get his hands on the funding he needed.

But the idea was planted and it began to sprout. More workshops were held in the years to follow, and on the October 1, 1990, the Human Genome Project was launched. At the time, it was described as biology’s answer to the Apollo space program.

As Eric Green was finishing up his graduate studies, he was mulling over what would be his next move. Despite lacking a background in genetics, he decided to dive into a newfangled field called genomics. He joined the lab of Maynard Olson, one of the key architects of the Human Genome Project.

At the time, some thought that jumping on board the project was akin to career suicide. “I can tell you, there were some very prominent scientists of the day who thought I was absolutely making the worst decision to be involved in the Human Genome Project,” Green, now the director of the National Human Genome Research Institute (NHGRI), tells Inverse.

People scorned the autonomous, repetitive nature of the work. “Some people said the project cannot be done by scientists; it should be done by prisoners.”

On top of that, owing to its group-like nature, the lack of credit and recognition made it very unattractive to some. But Green says that it was this very esprit de corps that made it so motivating to him.

“Honestly, we didn't know what we were doing.”

“It was exhilarating, because you felt you were a part of something really, really important,” he says, “but I was nervous, because honestly, we didn't know what we were doing.”

THE TEAM — The actual sequencing of the genome was conducted at various universities and research centers all over the world. They could be found dotted throughout the US, the United Kingdom, France, Germany, Japan, and China.

HOW THEY STAYED CONNECTED — Keeping everyone up to date was a challenge. There was no video conferencing software at the time, only phone conferencing, which was still “really clunky.”

There was barely even email: “I didn't even have an email account until I was a postdoctoral fellow,” laughs Green. “Early on, I only knew about five or six other people’s emails.”

It was a tedious process to even send the data they were collecting to each other. “Some of the very first data we were generating as part of the project, it was little tidbits of sequence that were being written down on a piece of paper and faxed to me,” says Green. “I tell my Gen Z kids this, and they look at me like I'm prehistoric. I mean, first of all, they don't know what a fax machine is.”

They held big meetings every year where people could meet and discuss progress. The meeting in Cold Spring Harbor in New York every May was like the “annual pilgrimage, where everybody who was anybody working in genomics would go”.

So many people at his university were going to the meeting, meaning that all them would be on the same airplane going to New York, that it was going to cause an issue, Green says. “The university actually stepped in and said, ‘No, no, no, you got to go on separate planes, because this would just be decimating if anything were to happen to that plane with that many people working on the same thing.’”

WHY COLLABORATING WAS SO IMPORTANT TO THE MISSION — “This was biology’s first attempt at team science,” Green says. The project would serve as a template for future consortium-based research.

He is an advocate for big, collaborative research projects like the Human Genome Project. “What you get from these team science efforts is an incredible intellectual richness,” he says.

Green was indifferent to the lack of recognition. “All right, I'll be the author out of 150. But I'm still going to say I'm very proud of my contributions to this.”

There were a few growing pains along the way with the project being so international in nature: cultural differences, conflicting laws and regulatory measures, different sources of funding, to name a few. But to accomplish a project so ambitious, “you need diversity at every possible metric,” he says, which you can only get from a collaboration that large and that global.

SO, DID THEY ACHIEVE IT? In 1998, a rival emerged from the woodwork. Celera Genomics, a biotech firm with geneticist Craig Venter at its helm, announced it too would be attempting to sequence the human genome.

On June 26, 2000, at a ceremony at the White House in Washington, D.C., the “working draft” of the human genome sequence was unveiled.

Revealing the results felt bittersweet. “There wasn’t much trust or respect, because there was so much animosity built up from the race between the two groups,” says Green.

But, on the whole, he doesn’t think the members of the project felt robbed. If anything, the competition just spurred them on. “I don't think the Human Genome Project would have been finished in 13 years if Celera hadn't come along and made us run faster,” he says.

There was also a big sense of relief, “in particular amongst those of us who could remember having a lack of certainty how this was all going to happen.” Plus, though the project was ending, it was just the start of everything for genomics. “The to-do list was even bigger now, more than ever.”

The final perfected version was released by the Human Genome Project in April, 2003 — two years ahead of schedule and below budget. It coincided with the 50th anniversary of Watson and Crick's discovery of the double helical structure of DNA. All of the data was made freely available online; the project was a pioneer of the practice of sharing scientific data with anyone and everyone, now a common ritual in research.

Detractors have said the project failed to live up to what they argue were outlandish promises that were made at its outset, which Green says haunts the project a little bit. Regardless, the legacy of the Human Genome Project lives on, if not just for cracking the code of life but for also fundamentally changing the way science is done today.

Sequencing is now a total cinch. The pace and accuracy of sequencing has rocketed and the cost has crashed from about a billion dollars to mere hundreds.

The map has helped scientists to locate thousands of genes associated with particular illnesses. New drugs have been developed for conditions such as asthma and cystic fibrosis. The entire genomes of several other organisms have now been uncovered, too, like worms and mice that are used every day in research. We now know much more about the murky beginnings of mankind; we can now map parts of the species' migrations over the millennia.

WHAT’S NEXT — Green’s big focus now is on genomic medicine. He is working on a project called eMERGE, ongoing for over a decade, which is aimed at making use of electronic medical records as a tool for genomic research. He also contributes to the All of Us research program, started in 2015, that works to collect genetic and health data of 1 million volunteers. The initiative aims to build one of the most diverse health databases in history.

For genomics as a whole, precision medicine is the term on everyone’s lips. Advances in precision medicine, meaning healthcare that’s individually customized to a person on the basis of their genes, lifestyle, and environment, opens the door to tailoring treatments specifically to your DNA, in lieu of a one‐drug‐fits‐all model. Companies such as 23andMe and MyHeritage offer direct-to-consumer genetic test kits, which can give you a rundown of your genetic makeup in exchange for a vial of your spit and a hundred bucks. The results tell you your ancestral heritage, what diseases you’re predisposed to, and what foods you’re allergic to.

While the field of genomics is still arguably in its infancy, the expectations for its potential are ever-growing. It may even provide mankind with the wikiHow on how to fix ourselves.