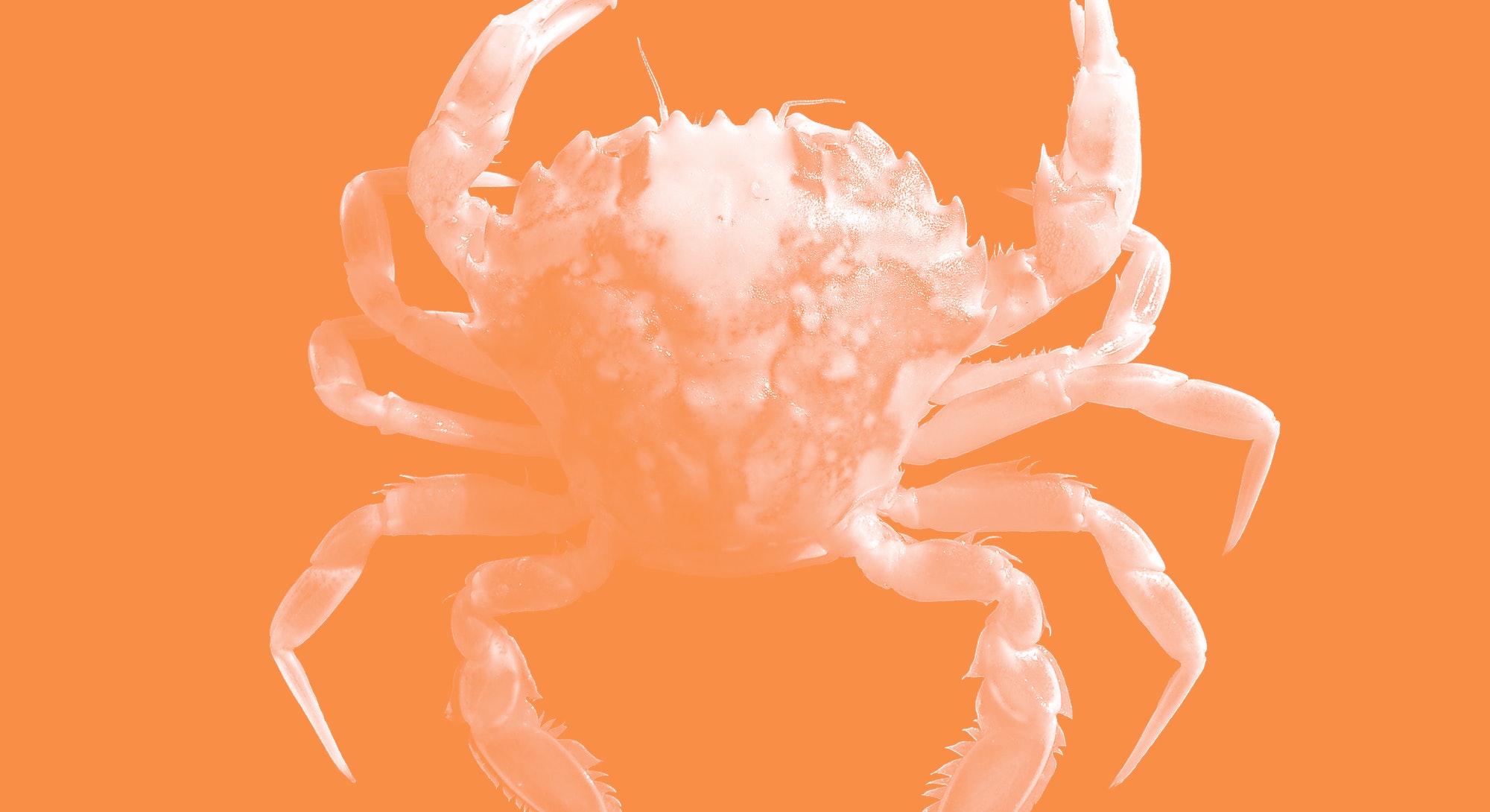 The oceans remain Earth’s greatest natural mystery. Less than five percent of the planet’s waters have been seen, and even then, what we know is little. Attempting to mitigate some of the unknown, two scientists came together in the late ‘90s and formed what is known as the Census of Marine Life.

What will live in the oceans in the future?

These three grand questions were what the Census of Marine Life set out to answer.

The Census, one of the largest scientific collaborations ever conducted, was a 10-year international project seeking to provide a sort of phone book for all the species in the ocean, known and unknown, in our waters. Started in 2000 and ending in 2010, it involved more than 2,700 scientists from over 80 countries and took more than 540 marine expeditions to complete.

It resulted in the discovery of more than 6,000 potential new ocean species. It remains the most comprehensive inventory of marine life to date, tracking the diversity, abundance, and distribution of the creatures of the sea. The researchers searched the oceans high and low, from the Arctic to Australia, for life as big as whales and as small as microbes. Discoveries included the first animal that lives without oxygen, as well as species that had been thought to be extinct since the Jurassic period. They discovered that the ocean was more connected, richer in diversity, and more affected by mankind than had ever been previously predicted.

And it all came from a chat between two colleagues.

“This could really work.”

THE DREAM — On an early July afternoon in 1996, Jesse H. Ausubel, an environmental scientist at Rockefeller University, was sitting with his colleague, Fred Grassle, a deep-sea biologist at Rutgers University. The two lamented that there was no real program designed to specifically map out the marine biodiversity of the oceans.

“So that afternoon, Fred and I looked at each other and said, ‘Well, maybe we should try to do something large-scale and ambitious; really do the basic observational work.’” When the pair aired the idea with others, they said they were crazy — “but they didn't say don't try,” laughs Ausubel.

Ausubel persuaded the Alfred P. Sloan Foundation, a philanthropic non-profit organization, to fund a number of feasibility studies and workshops, just to see if it could actually be done.

At the start, they were a little less ambitious: they were only going to catalogue fish. (The project was initially called the “Census of the Fishes.”) But they soon realized the scope could be much larger than that, and the final Census included micronekton, cephalopods, marine mammals, and marine reptiles.

To achieve such a feat, they knew the project would have to be truly global. “The only way you could do this really was with many, many countries participating, but also many countries blessing the program, if you wanted to work in their waters,” says Ausubel.

And so, in 1999, after the feasibility studies were carried out, it was obvious, that yes, it could be done, and more importantly, that it should be done. That’s when the hard work began.

THE TEAM — There were a total of 17 groups taking part in the program, each with a different goal or section of the oceans to explore. They were made up of researchers from more than 80 countries in Africa, Asia, Australia, Europe, North and South America, and Oceania.

HOW THEY STAYED CONNECTED — Owing to the fact that many of the participating researchers were separated by oceans, “it was a permanent floating craps game,” says Ausubel. The teams would meet all over the world, whether that be the Philippines or Russia or China or Oman. “There was very little tension and there was a lot of enthusiasm for working together,” he says, about working with scientists from different countries.

How did everyone keep in contact? “Massive amounts of email,” he says. It was a time before Zoom or Teams, Ausubel says, and in the early years, it was still difficult to send large attachments and big visual files over email, so there were some technical hurdles they had to overcome. They also met a lot in person. “A lot of money was spent on airplane tickets, getting people to different places, and then on also getting people actually out to sea.”

WHY COLLABORATING WAS SO IMPORTANT TO THE MISSION — Ausubel knew that when it came to marine biology, the best in the business were to be found all over the globe. If you want the finest expertise, he says, you need to go where the people are – whether that be Cuba or South Africa or Brazil. “And so,” he says, “if the program had been limited to the Anglophone countries, you would have missed many, many people.”

Having that many people involved also led to some friendly competition, Ausubel says. As one group realized another group was doing well, it helped to push and motivate them.

SO, DID THEY ACHIEVE IT — This year, it will be the 10-year anniversary since the census was finally completed.

At the Royal Society, London, in October 2010, the results of all their efforts were finally reported. More than 300 Census of Marine Life participants gathered, and a celebratory party was held in the Natural History Museum.

Ausubel describes the time when the census was finally coming to a close as a “very happy time.” In no large part due to the fact that he was never quite sure if they could do it.

“Early on, I was personally sometimes a bit scared,” he admits, that they would fail. For the first few years, his level of confidence was not high – that is, until a meeting in 2004 in Frankenfurt, where everybody presented their preliminary results so far. Afterwards, he breathed a sigh of relief and thought: “This could really work.”

The mammoth task was documented in over 2,600 academic papers – one published, on average, every one-and-a-half days. The census also revealed areas of the ocean that needed protection the most, pinpointed endangered species, and acts as a baseline against which future habitat changes – such as the impacts of overfishing, climate change, and pollution – can be assessed.

What also pushed them forward was the strict deadline they had signed onto: They had made a promise from the outset that they would deliver the first-ever global census of marine life within 10 years — no ifs, no buts.

“We prevailed over early doubts that a census was possible, as well as daunting extremes of nature,” said Ian Poiner, chair of the Census Steering Committee, at the time that the census was finished. “The Age of Discovery continues.”

WHAT’S NEXT — After the census was completed in 2010, “most of us were just too worn out and exhausted,” Ausubel says, to do any more work on the project. They’d exploited the new technologies all they could and had raised — and spent — a lot of money.

But now, with the decade anniversary looming, the project is potentially being taken out of the drawer once again. “The reason, I think, we could now do a sequel that would really be as exciting is the genomics,” Ausubel says. The advances in genomic science open all kinds of horizons that didn’t exist before, he says, for exploring the genetic makeup of marine life.

Ausubel has taken part in a host of other large collaborative projects since, such as the Deep Carbon Observatory (DCO) and the International Quiet Ocean Experiment (IQOE). He is a big believer in international teamwork. “Global science is a single cognitive enterprise – a kind of distributed brain,” he says. “Science, in essence, wants to operate that way.”

“I don’t know any person who’s done more to foster biodiversity science,” Paul Hebert, an evolutionary biologist at the University of Guelph in Ontario, of Ausubel, told the New York Times. “He’s not in the trenches catching the fish and killing the bugs, but he loves watching us do it.”

The legacy of the census lives on as proof that collaboration on such a large scale can be accomplished – and lead to the greatest of discoveries.