“We’re launching into the real debate of our times.” 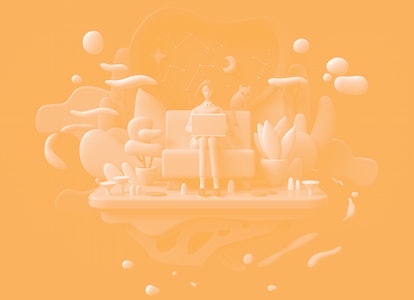 For anyone who dreams of having permanent three-day weekends, we may be one step closer to that reality.

Soon, the four-day workweek will see its biggest experiment yet, when Spain launches a three-year trial that will see around 200 companies reducing the workweeks of between 3,000 to 6,000 workers to four-day, 32-hour weeks, The Guardian reported on March 15.

The trial is supported by the Spanish government, which will provide a €50 million fund to be distributed to participants to cover expenses related to the reduced week.

Proponents of a shorter workweek have plenty of anecdotal evidence supporting their case: successful trials by Microsoft’s Japan office, the New Zealand estate planning firm Perpetual Guardian, and fast food chain Shake Shack. Many other small companies have also made the change. But the Spanish experiment takes it to a new level.

THIS IS STRATEGY, A SERIES PACKED WITH ACTIONABLE TIPS TO HELP YOU MAKE THE MOST OUT OF YOUR LIFE, CAREER, AND FINANCES.

What’s new — Iñigo Errejón, a member of the Spanish Congress of Deputies, worked on the proposed trial alongside other members of the left-wing Más País party.

“With the four-day work week, we’re launching into the real debate of our times,” he says in a video posted on Twitter. “It’s an idea whose time has come.”

He added that although Spanish citizens put in more working hours than their European counterparts — for example, French law stipulates a 35-hour workweek before overtime pay kicks in, while other European workers on average put in 38 or 39 hours per week — they’re not more productive. “I maintain that working more hours does not mean working better,” he said.

This trial provides a large sample size working a shorter workweek over a long period of time, something lacking in previous trials. Microsoft Japan’s experiment only lasted throughout August 2019, while Perpetual Guardian’s only had 240 employees during its initial trial, and Shake Shack’s flirtation with a four-day workweek only included dozens of its employees.

“The challenge is that many companies implementing the four-day week are small, and therefore either cannot afford research or represent too small a sample size,” Barnes tells Inverse. “Hopefully, Spain will give macro data that will prompt governments to look at this as a method to address social issues as well as productivity, and to develop programs to help companies roll it out.”

What the science tells us

Here’s the background — According to the anecdotal studies, implementing a four-day workweek improves employee productivity by between 25 percent to 50 percent, Barnes says. But there isn’t much published research about the effects of a four-day workweek.

Peripheral studies hint at why it may work. A 2015 study published in Education Finance and Policy co-authored by D. Mark Anderson, associate professor of agricultural economics and economics at Montana State University, looked at shortening the academic week to four days. It showed a positive impact on elementary school students’ performance in mathematics as well as on their teachers.

“Regarding teachers, there is anecdotal evidence that the shortened week has reduced turnover and absenteeism,” Anderson tells Inverse. “Teachers have also claimed that less work time is wasted on the shortened schedule.” He believes this would likely carry over into other job sectors.

He also points out that existing literature on the four-day workweek has shown it is associated with improved employee satisfaction.

“In general, I would think that happier workers are also more productive workers,” Anderson says.

The science supports Anderson’s assumption. A 2019 paper out of Saïd Business School at Oxford University found that the “causal effect of happiness” led to increases in productivity and subsequently boosted sales at one of the United Kingdom’s largest private employers, British Telecom.

Perpetual Guardian founder Andrew Barnes has come out in favor of the four day work week, discussing it in this 2019 TEDx Talk.

What’s next — While Spain’s trial of the four-day workweek will likely be the largest, Barnes says his organization is developing pilot programs across the world and looking for university partners to conduct research on them. He hopes to find funding to study both societal impacts and productivity outcomes.

“The four-day week is now clearly mainstream,” he says. “Implementing it requires engagement with employees to develop solutions, and one size doesn’t fit all. COVID has demonstrated that how we work can change radically. The four-day week is just part of this revision, but delivers productivity, infrastructure, environmental, health, gender pay, and social benefits, at nil cost to business or society.”

Of course, data is needed to get people on board with the change, putting all eyes on Spain.

Inverse analysis — Workplaces that have adopted a four-day workweek have anecdotally reported boosts in employee happiness and satisfaction without any productivity drops. Spain’s move to pilot the four-day workweek with thousands of employees will finally provide critical data on whether work schedules can accommodate a three-day weekend.

More like this
Science
5.5.2022 10:30 AM
A massive societal problem for humans is also harming animals
By Tara Yarlagadda
Mind and Body
5.9.2022 12:31 PM
These exercise hacks help improve heart health in people with desk jobs
By Nick Keppler
Science
5.19.2022 11:15 AM
These galaxies have no dark matter — and astronomers may finally know why
By Charles Q. Choi
Related Tags
Share: