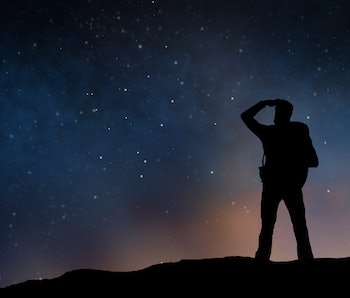 Where 2019 was a disappointing year for meteor showers, with two of the big three (the Quadrantids, Perseids, and Geminids) lost mainly to moonlight, 2020 promises to be much better.

The year starts with a bang with the Quadrantids providing a treat for northern hemisphere viewers. The Perseids, in August, provide another highlight for those in the northern hemisphere, while the December Geminids round the year off for observers all around the world.

But the big three aren’t the only meteor showers that will put on a show this year. So when should you look up to see the meteoric highlights of the coming year?

Here’s our pick of the showers to watch. We have the time each shower is forecast to peak, finder charts showing you where best to look, and the theoretical peak rates you could see under ideal observing conditions. This is a number known as the Zenithal Hourly Rate (ZHR).

Because the ZHR is the theoretical maximum rate you could see per hour, it is likely that the rates you observe will be lower.

For any meteor shower, if you want to give yourself the best chance to see a good display, it is worth trying to find a good dark site, as far from light polluted skies as possible. Once you’re outside give yourself plenty of time to adapt to the darkness, at least half an hour. Then just sit back, relax, and enjoy the show.

Showers that can only really be seen from either the northern or southern hemisphere are denoted by [N] or [S], whilst those that can be seen from both are marked by [N/S].

You can download a ICS file of this guide to add to your favorite calendar.

The Quadrantids are the first of the big three meteor showers of the year — the three showers that give fabulous displays with ZHRs in excess of 100, year in, year out.

For most of the fortnight over which the Quadrantids are active, rates are low — just a few meteors per hour. In the hours approaching their peak, rates climb rapidly, before falling away just as rapidly once the peak is past. In total, rates exceed a quarter of their maximum value for just eight hours, centered on the peak.

The Quadrantid radiant is circumpolar (never sets) for locations north of 40 degrees north. As a result, the shower can be observed throughout the hours of darkness for most locations in Europe and many in North America.

The radiant lies in the constellation Boötes, the Herdsman, relatively near the tail of Ursa Major, the Plough or Great Bear.

The radiant rises highest in the sky in the early hours of the morning, so this is when the best rates can be seen. In 2020, the shower’s peak favors observers in the east of North America, though those in northern Europe should see a good display in the hours before dawn on the morning of January 4.

If skies are clear it is definitely worth wrapping up warm and heading out to observe the most elusive of the year’s big three.

The Lyrids are a shower with a long and storied history — with records reporting their activity tracing back for millennia. Researchers have even suggested the Lyrids may have been active on Earth for more than a million years.

In the distant past, there are reports the Lyrids produced some spectacular displays — meteor storms, with thousands of meteors visible per hour.

The modern Lyrids are usually more sedate, with peak rates rarely exceeding ~18 meteors per hour. But they do sometimes throw up the odd surprise. An outburst of the Lyrids in 1982 yielded rates of ~90 meteors per hour for a short period.

While no such outburst is forecast this year, the peak of the shower will occur just a day before a new Moon, so skies will be dark and viewing conditions ideal.

Although the Lyrids are best seen from the northern hemisphere, their radiant can reach a useful altitude for observers in the northern half of Australia. Keen observers might be tempted to head out in the early hours of the morning to watch.

The radiant rises during the night so the best rates are seen in the early hours of the morning, before dawn. From northern hemisphere sites, reasonable rates can be seen after about 10:30 p.m., local time — but for those at southern hemisphere latitudes, the radiant fails to reach a reasonable altitude until well after midnight.

Lyrid meteors tend to be relatively fast and are often bright. Despite the relatively low rates (at least, compared to the big three) they are well worth a watch, especially as conditions this year will be as close to perfect as possible.

While not counted as one of the big three, in many ways the Eta Aquariids stand clear of the pack as the best of the rest.

Only really visible to observers in the tropics and the southern hemisphere, the Eta Aquariids are fragments of the most famous of comets — Halley’s comet. They mark the first (and best) of two passages made by the Earth through the debris laid down by that comet over thousands of years — with the other being the Orionids, in October.

The radiant only rises a few hours before dawn, even at southern altitudes, and the further north you go, the closer to sunrise the radiant appears. This is what prevents northern hemisphere observers from taking advantage of the Eta Aquariids — the Sun has risen by the time the radiant is high enough for the shower to put on a decent show.

The meteors are fast and often bright, and the brighter ones have a reputation for leaving behind noticeable smoky trains. The maximum of the shower is broad, with rates remaining above ~30 meteors per hour for the week around the date of the maximum.

It is well worth getting out to observe the Eta Aquariids at around the time their radiant rises. This gives the maximum amount of time to observe the shower before dawn, but in addition, those few meteors you observe when the radiant is sitting just above the horizon can be spectacular.

Known as Earthgrazers, such meteors enter the atmosphere at a very shallow angle, with the result that they can streak all the way across the sky, from horizon to horizon.

The Eta Aquariids reach their peak in 2020 a couple of days before the Full Moon. That the radiant does not rise until a few hours before sunrise works to our advantage this year — the shower’s radiant will rise at around the same time the Moon sets, so the shower can be observed in Moon-free skies, despite the proximity of the Full Moon.

For northern hemisphere observers, the Perseids are perhaps the famous and reliable shower of the year.

While the Geminids offer higher rates, the Perseids fall during the middle of the northern summer, when families are often holidaying and the weather is warm and pleasant. As a result, the Perseids are the most widely observed of all meteor showers, and never fail to put on a spectacular show.

The parent comet of the Perseid meteor shower, 109P/Swift-Tuttle, was last at perihelion (closest to the Sun) in 1991. As a result, during the 1990s, the Perseids offered enhanced rates — often displaying multiple peaks through the two or three days around their traditional maximum.

Those individual peaks were the result of the Earth passing through individual trails of material, laid down at past perihelion passages of the comet, which have not yet had time to fully disperse into the background of the shower as a whole.

It is now three decades since the comet’s last perihelion passage, but astronomers predict the Earth could well pass through one of those debris trails this year, at around 10 a.m. UTC (midnight Hawaii time, 3 a.m. Vancouver time), three hours before the normal forecast maximum for the shower.

As a result, peak rates should last for longer, and potentially reach higher values than would normally be expected from a typical Perseid return.

The radiant rises in the mid-evening from northern latitudes, which means the shower can be observed from around 10 p.m. or 11 p.m., local time. The later in the night you look, the higher the radiant will be, and so the more meteors will be visible.

Unfortunately, the peak of the Perseids in 2020 falls two days after the last quarter Moon, which means moonlight will begin to interfere with the display in the early hours of the morning. The best views of the shower will likely be seen between ~10 p.m. or 11 p.m. local time and ~2 a.m. the following morning.

If you can only observe in the hours before dawn, all is not lost. The Perseids are famed for producing plenty of bright meteors. They are worth observing even when the Moon is above the horizon, particularly on the nights around the forecast peak.

The Orionid meteor shower marks the second occasion the Earth encounters the stream of debris left behind by Halley’s comet each year.

In October, Earth passes farther from the center of Halley’s debris stream than in May, with the result the observed rates for the Orionids are lower than for the Eta Aquariids. Despite this, the Orionids remain a treat for meteor enthusiasts in the northern autumn and southern spring.

The Orionids peak on October 21, but that maximum is often quite broad with activity hovering close to the peak rates for as much as a week around the maximum.

There is some evidence the peak rates vary over time, with a roughly 12-year periodicity, as a result of perturbations by the giant planet Jupiter (which orbits the Sun once every 12 years).

In the final years of the first decade of the 21st Century, the Orionids were markedly more active than expected, with maximum rates in the range 40-70. If the periodicity is real, then 12 years on from the peak of activity, it is possible the Orionids will again put on a better than expected show.

So 2020 might well be an ideal year to look up and watch for fragments of Halley’s Comet vaporizing high overhead.

Although the rates of both the Northern and Southern Taurids are lower than those of the Orionids (typically just ~five per hour), their activity makes observations of the Orionids even more productive and exciting.

The Geminids, which peak in mid-December, are truly a case of saving the best until last. The biggest of the year’s big three, the Geminids have, over the past few decades, been growing ever more active and spectacular, with recent years seeing rates in excess of 150 per hour.

For observers in northern Europe, the radiant is above the horizon relatively soon after sunset, meaning that the Geminids can readily be observed from around 8 p.m. onwards.

The further south you travel, the later in the evening the radiant rises.

As with all showers, the higher the radiant in the sky, the better the observed rates from the Geminids will be. The longer you watch, the better things will get.

Geminid meteors are of medium speed and often bright, so they put on a spectacular show even in those years when moonlight interferes.

In 2020, the Moon will be new around this time, so it will be possible to spend the entire night watching the Geminids without any interference from our nearest celestial neighbor.

The radiant reaches its highest at around 2 a.m. local time, making the hours just after midnight the ideal time to catch the Geminids at their best.

The Geminid peak is relatively broad — with rates remaining high for at least 24 hours around the forecast maximum. Observers across the globe will be treated to a spectacular display from the shower in 2020.

So, find a dark site, wrap up warm, and treat yourself to a night spent watching the year’s most spectacular display of natural fireworks.

This article was originally published on The Conversation by Jonti Horner and Tanya Hill. Read the original article.