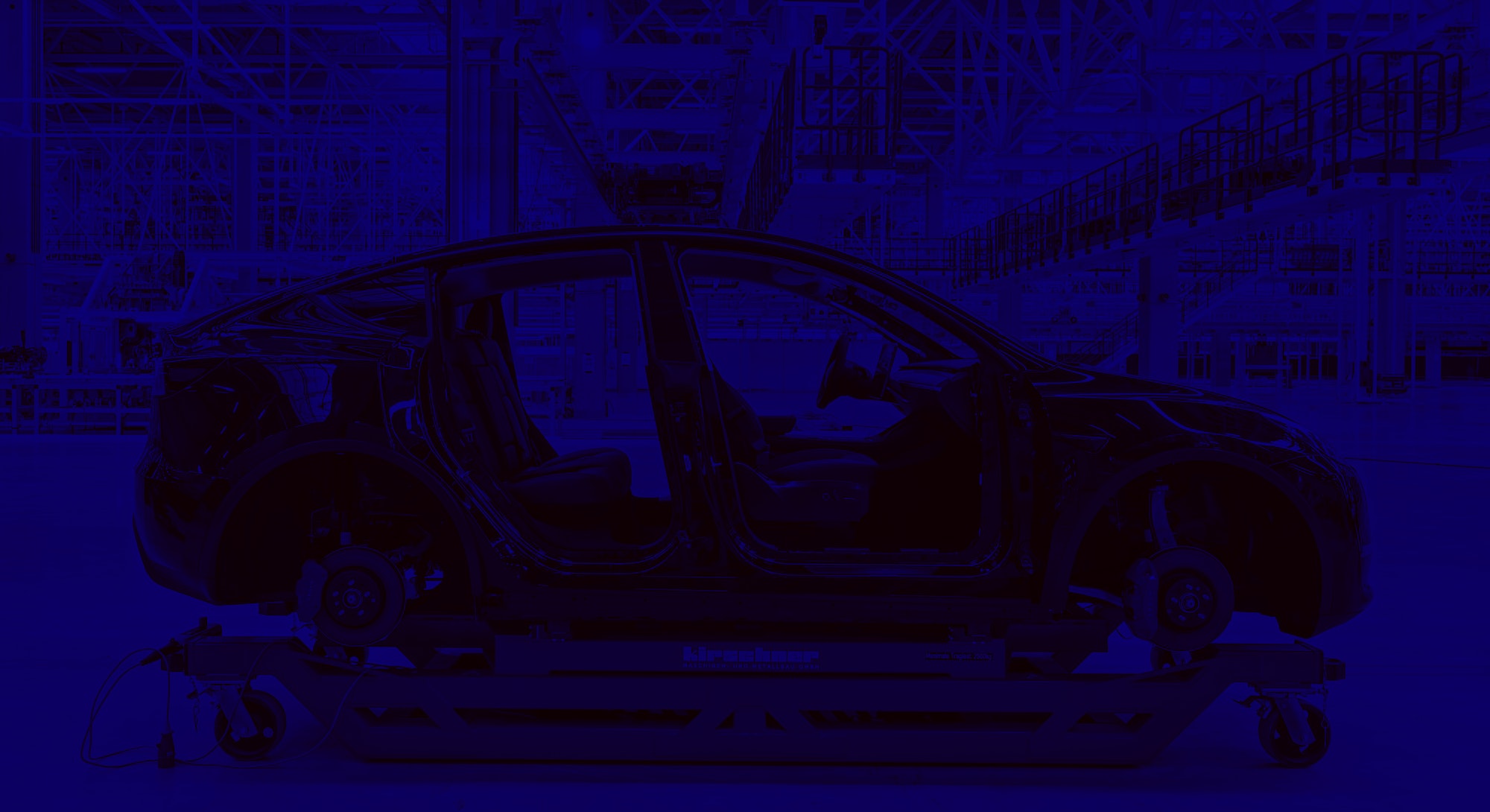 In its 2018 review, the Washington Post described the Tesla Model 3 as an “iPhone with wheels.”

That may sound great at first glance — a checks-most-of-the-boxes product that brings a niche product to a mass market — but it also conjures up some of the worst practices of the tech industry.

The iPhone popularized non-removable batteries. Customers grew familiar with a gradual decline in capacity over the course of around two years (Apple claims its lithium-ion batteries are designed to hold 80 percent of their capacity after 500 charge cycles). In a July article that called for more repairable devices, the World Economic Forum claimed smartphones account for around 10 percent of all global e-waste.

As cars move from refillable gas tanks to batteries, could the auto industry be facing a similar environmental disaster? Will we see Teslas piling up in scrapheaps as owners decide the price of a new battery isn’t worth it for an old EV?

Not quite. Replacing your car's battery is still a lot easier and more worthwhile than doing the same for your iPhone. It’s also much less likely to be an issue for most drivers. But the industry Tesla helped create still has one major problem to deal with: What do you do with all those old car batteries?

Want to find out more about Tesla’s plans to electrify transport? Subscribe to MUSK READS+ for exclusive interviews and analysis about spaceflight, electric cars, and more.

How does a Tesla battery degrade over time?

In the real world, Tesla claims the battery in one of the premium Tesla Model S or Model X cars will retain an average of 90 percent of its capacity after 200,000 miles.

Third-party data shows a similar story. An April 2020 study from NimbleFins, using user-submitted data from Model S cars made between 2013 and 2019, found these cars lose around one percent battery range per year.

Electrek also analyzed leaked data from the company’s fleet from 2017. Like Tesla’s official data, Electrek noted that the battery capacity dropped off early in the car’s life, before declining less dramatically in subsequent years. It also found a more severe decline between 90-kilowatt-hour packs and 85-kilowatt-hour packs, though the reason why is unclear.

“In most cases, EV batteries have been holding up better than anticipated when the modern generation of EVs launched a decade ago,” Sam Abuelsamid, principal analyst in e-mobility at Guidehouse Insights, tells Inverse.

In short: they manage temperatures better.

UPS Battery Center explains that batteries basically turn chemical energy into electricity. Too cold and the reactions slow down, reducing performance. A warmer battery performs better, but too hot and reactions will speed up and degrade the battery.

“Phones have no real thermal management for the battery and if you fast charge a phone you’ll feel it get hot,” Abuelsamid says. “That’s why phone batteries rarely last more than two years.”

iPhone on wheels? It would be a disaster.

Most EVs use a liquid cooling system to keep the battery within acceptable temperatures. The main exceptions are the Nissan Leaf and the Renault Zoe, which used an air cooling system. Tesla CEO Elon Musk described the Leaf’s system as “primitive” in 2010.

Fast-forward to 2018 and a study from telematics firm Geotab suggested Musk may have been right, but the difference is not as severe as some may assume. A liquid-cooled Tesla Model S from 2015 lost an average of 2.3 percent capacity per year, while a Nissan Leaf from 2015 lost 4.2 percent.

YouTube channel EV James and Kate took apart a 2018 Nissan Leaf in January 2021 and found issues with battery heat and a reduced range. However, it’s worth noting this car was used as a taxi, charged four times a day, and had 120,000 miles on the clock.

Still, the 40-kilowatt-hour battery pack was in mostly good condition, but the rear module stack had expanded due to overheating. The YouTube channel replaced the pack at a cost of £900 ($1,235).

This Nissan Leaf had a battery health of 87 percent when compared to a new battery. That means, once repaired, its range was not too far from a Leaf with an all-new battery. Not bad for over 100,000 miles and “primitive” cooling.

Others didn’t fare quite so well. Frédéric Richard, one of the first Renault Zoe owners in France, had to replace its tiny 22-kilowatt-hour battery. The capacity dipped below 71 percent at the 124,000-mile mark.

How to check your Tesla’s battery degradation

An easy way to estimate, as far as Teslas go, is to switch it on and check the range.

Other vehicles may calculate the State of Health using a built-in system. Nissan Leaf owners can use an app called LeafSpy and an OBD2 device to get a readout of the car’s battery health. However, Flip The Fleet in 2019 advised caution about using aftermarket OBD2 devices, so it may be best to seek professional input before proceeding.

How far can a Tesla battery go?

The main reason it’s hard to judge how long an electric car battery will stay on the road is that they simply haven’t been on the road for that long — the Tesla Model S only launched in 2012.

For the Tesla Model 3, released in 2017, the company’s warranty covers the first eight years or 100,000 miles on the entry-level model, whichever comes first. If the battery capacity during the warranty period falls below 70 percent, Tesla covers the necessary repairs.

In April 2019, Musk claimed on Twitter that the Model 3 drive unit and body are designed to last for a million miles. However, the current battery modules should last 300,000 to 500,000 miles or 1,500 cycles. That would mean the battery would require replacing once or twice over the vehicle’s lifetime.

Some Tesla owners have pushed their cars to the limit:

Future Tesla batteries could run even further than Musk’s 500,000-mile estimate. Jeff Dahn, one of the pioneers of lithium-ion currently in a research partnership with Tesla, published a paper in September 2019. The findings, shared in the Journal of the Electrochemical Society, outlined a battery that “should be able to power an electric vehicle for over one million miles and last at least two decades in grid energy storage.”

How much does it cost to replace a Tesla battery?

FindMyElectric found in April 2021 that Tesla battery replacements, including labor, tend to cost a bit more:

Of course, there’s the Tesla warranty that covers packs that degrade at high speed.

The battery’s high price is one of the main issues around whether electric cars can replace traditional vehicles. A longer overall lifespan will reduce the need to replace the battery, but a cheaper pack would make both the initial price and replacement cost less painful.

Fortunately, the industry has made big progress in reducing prices. BloombergNEF found in December 2020 that pack prices have fallen from $1,100 per kilowatt-hour in 2010 to $137 in 2020, an 89 percent decrease. Average pack prices are expected to reach around $100 by 2023, a price cited by industry analysts as the point where electric cars will cost about the same as non-electric cars.

What do we do with all the old electric car batteries?

“Even when a battery may lose too much capacity to be useful in a car, it will still have a useful life for stationary storage and other applications as well as recycling,” he says.

Lithium-ion researcher Jeff Dahn agrees, arguing that stationary storage as a use for the intermittent sources of renewable energy, like solar and wind, could pair with million-mile batteries to provide clean electricity even when the wind isn’t blowing and the sun isn’t shining.

Old car batteries could perhaps find a new lease of life on the grid — ultimately outlasting the car they were meant to power.

Recycling is another use for old batteries. At the company’s annual shareholder event this month, Musk said that batteries are “essentially high-grade ore” and it’s “much better” to get materials from old batteries than mines.

Musk estimated that, in 30 to 40 years, there would be enough recyclable batteries on the road that Tesla won’t have to mine more materials from the Earth.

These proposals cover both how much of the battery should be made from recycled materials, and how much of old batteries’ materials should be recycled. Richter says this is “a good start” for linking production and recycling “but we will see how it plays out as in reality.” Evidence shows that battery production in China has already started to incentivize recycling in the country.

But lithium-ion batteries on the whole have a poor track record for recycling. The University of Birmingham’s Paul Anderson told the BBC in April that around five percent of these batteries are recycled.

Abuelsamid suggests that automakers could incentivize car buyers to return their batteries with a discount on a new pack. That could avoid some of the issues with existing lithium-ion gadgets.

iPhone on wheels? For the sake of the planet, hopefully not.