“It’s a moonshot because we don't know how to do it.” 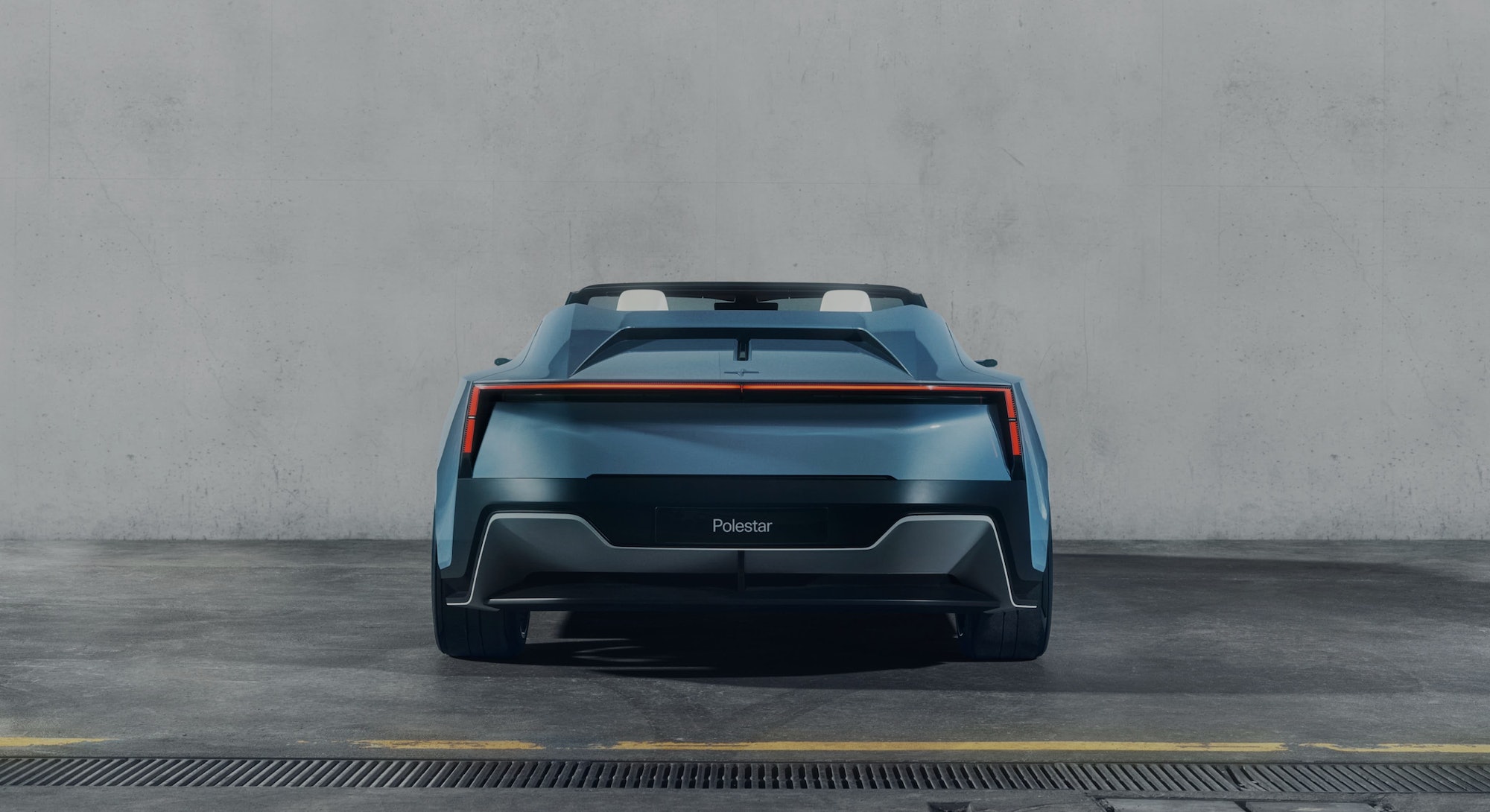 In April 2021, Polestar made a bold claim. The electric vehicle startup was going to create a climate-neutral car. Now, Polestar COO Dennis Nobelius tells Inverse that was only half true — they had no idea how to actually do it.

According to Nobelius, the company’s goal at the time was to catalyze the automotive industry at every level — from the material suppliers to the drivers. It worked. When Polestar made its commitment, General Motors had already announced its plans to be carbon neutral by 2040 — but not all the way up the supply chain. Mercedes Benz made a similar promise — to be carbon dioxide neutral by 2039, covering “all stages of the automotive value chain.”

Now, Polestar really aims to create a climate-neutral car in the next decade. That means designing a car with zero greenhouse-gas emissions — from the factory to the road — by 2030.

“We may be a bit naive, but we are totally committed to making it happen,” Nobelius tells Inverse.

Clean transport is a vital part of how world leaders plan to reduce emissions and stave off the climate crisis — earlier this month, the United Nations’ Intergovernmental Panel on Climate Change released a 3,675-page report calling for a peak in global greenhouse-gas emissions by 2025.

This peak would enable the world to reach net-zero carbon dioxide emissions by 2050, which would, in turn, enable global average temperatures to remain below 1.5 degrees Celsius. Transportation accounted for 14 percent of global emissions in 2010 — EVs offer a better way forward. Electric vehicles don’t belch out exhaust fumes, but they still aren’t carbon neutral. A 2018 report from the International Council on Clean Transportation found that overall, after 93,000 miles of driving in an electric car, the emissions burden will be around half that created in the same distance by a traditional car — an improvement, but not quite as green as EV company marketing would make it seem.

The reason why is in large part due to the manufacturing process. The same ICCT report found that in the European Union, around half of an electric car’s emissions stem from manufacturing. And about fifty percent of those emissions came from battery production alone.

It could become a more pressing issue further down the line. A 2020 McKinsey report claimed that, while material production accounted for 18 percent of a car’s lifecycle emissions in that year, reductions in other areas could mean manufacturing accounts for 60 percent of emissions by 2040. Overall emissions may drop thanks to reductions in non-manufacturing emissions, but automakers won’t be able to reach zero without addressing manufacturing at some point.

Polestar’s climate-neutral car is a noble goal — but so far, it has proven impossible to make a totally emissions-free car. Yet as Nobelius explains to Inverse, whether or not the company actually succeeds in its ambition is perhaps less important than setting the intention in the first place.

“We believe that this would be doable, but we don’t know how,” Nobelius says.

Dubbed “0 Project,” Polestar first announced it was going to try create a climate-neutral car in April 2021.

As of today, Polestar is not the only car company gunning to make an emissions-free car. Mercedes-Benz has its Ambition 2039, which involves building an “emissions-free fleet of vehicles,” according to the company website — like Polestar, the emissions commitment would apply at all points through the supply, manufacturing, and delivery process.

General Motors, for its part, plans to be carbon neutral by 2040, but this refers to its “global product portfolio and owned operations.” The company’s press release instead says it is “collaborating with suppliers to set ambitious targets for the supply chain to reduce emissions.”

Polestar’s 0 Project is one of the more ambitious plans in the industry — it aims to get the job done this decade, rather than by 2039 or 2040 — and perhaps the most collaborative. Polestar has an open call for pitches from industry partners, academics, and inventors to help them reach their goals. The pitch call will close in mid-May, 2022.

“If you can show a roadmap for a technology idea that you may have, then we open up the partnership,” Nobelius says.

Already, the company has set up a series of partnerships with manufacturers as of February 2022:

By working with other suppliers and manufacturers, Polestar could produce more than one climate-neutral car by 2030: By giving other car makers the blueprint to do it themselves.

“One of these big [suppliers]... before we started had a target to be at true zero by 2050,” Nobelius says. “But then we started working with them and said we are not interested in small, continuous improvement along the years.”

Now, Polestar has spurred the supplier to commit to their 2030 date.

In March 2022, Polestar also unveiled the O2 concept roadster. The car has some exotic quirks, like an embedded drone that can trail the car and video the driver. It also features new sustainable technologies.

“With O2, we said, ‘Okay, let's take some of these ideas that we're already seeing on the horizon for 2030, and work them into a design for a concept car,’” Max Missoni, head of design at Polestar, tells Inverse.

For example, O2 uses more mono materials than older designs in the fleet. This should make it easier to recycle its parts, like the upholstery.

“The foams, the 3D-knit fibers, the adhesives, and other soft components… if we get them all from the one material there is no disassembly needed,” Missoni says.

“You can recycle material as one material, and that has a big advantage.”

It’s a snapshot of how the car of the future could look — expect more of these as Polestar trials new designs as part of the overall project.

Polestar is also going to space to make its ambition reality, Nobelius says. The car company is in “very initial phases” of conversation with the Swedish National Space Agency to use satellites to track parts of the supply chain, he says. What satellites could tell Polestar are things like: How is the landscape around the plant changing? Is deforestation happening?

The effort would replicate that of official satellites like NOAA-20, operated by the U.S. National Oceanic and Atmospheric Administration, which has captured changes in the Amazon rainforest over time as a result of industry.

Another technology Polestar plans to use to hold the supply industry accountable for emissions is the blockchain. This digital ledger technology is used by cryptocurrencies like Bitcoin to record transactions without depending on a central server or authority.

In 2019, Polestar announced plans to use blockchain to trace materials moving through the supply chain. Working with battery suppliers LG Chem and CATL, and blockchain startup Circulor, the ledger is used to track data like origin, weight, size, and adherence to guidelines for the cobalt material used in many electric vehicle batteries.

A 2018 paper published by the Institute of Electrical and Electronics Engineers questioned whether this sort of tracking could also be achieved with a traditional central server. But the Harvard Business Review noted in 2020 that blockchain means no one company has to maintain a resource tracking system, which can take a lot of time and money. The records are also available to all parties in the supply chain.

“One of our basic values [is] to be transparent, so everyone can check that what you’re claiming is actually true,” Nobelius says. This application is used to check where the cobalt came from and that it was sourced responsibly, important as the material is mined in horrific conditions. Other automakers like Tesla have announced plans to stop using cobalt in some of their batteries.

Ultimately, Nobelius believes Polestar will help drivers transcend the need to own a car altogether.

He predicts that people in future cities will use vehicles to get around, but these will be part of a semi-autonomous fleet (it sounds a lot like a city bus system…). The system would de-emphasize the car brand, as users focus more on the best way to get around an area instead of the car they drive — like a bus. That might take a greater cultural shift than Polestar is capable of sparking.

Have a story idea? Send your tips and all other musings to horizons@inverse.com.