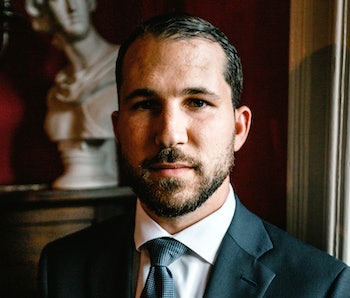 While having no or few managers in an organization sounds ideal, it can also lead to chaos. Even Zappos, whose founder, Tony Hsieh, wrote a book on flat management (aka holacracy), has seen problems, including a mass exodus of employees, as a result.

It’s a lesson learned firsthand by Jesse Silkoff, founder of MyRoofingPal, an online marketplace that connects people with local residential and commercial roofers in 4,000 cities across the U.S. Silkoff had wanted to keep leadership flat because it was what he and his longest-serving employees were used to, but as he tells Inverse below, this decision caused a lot of damage.

Tell me what your company does.

MyRoofingPal is an online marketplace dedicated to connecting people with the best residential and commercial roofers in their area. We currently serve over 4,000 cities across the United States.

At what point did you scale up, and what did that growth look like?

I founded MyRoofingPal in 2016. Back then it was just myself and a couple trusted business partners, but by the end of that year it became clear that we needed more help. Once our user base tripled in 2017, we scaled up to about 10 team members, then hit the 20-plus mark in mid-2018.

What went wrong when you scaled up?

We tried to scale up slowly based on the growth we were seeing in sales, but I really wanted to preserve the close-knit environment we had from the start. That was a big mistake, as it meant I was the only one steering the ship. Everyone else considered themselves to be equal team members and contributors (which is what I wanted), so no one took the reins. It was a deeply collaborative environment, but not a very productive one.

How bad did things get?

In early 2019, we were hemorrhaging money. We had a lot more overhead by that point, so I just assumed it was a natural growing pain. Over time, deadlines kept getting pushed back or missed entirely, then everything came to a head around April of that year. We planned a big milestone update to improve the user experience of our site. It was something that badly needed to happen, but I wanted to wait until I could be sure it was rolled it with as few issues as possible. I ended up getting swamped with meetings (some of which were out of state) at the time and everything just ground to a halt. Without direct oversight, the work wasn't getting done as planned, or it wasn't up to the standards we set.

The team ended up releasing a build that was missing crucial elements and still didn't meet the goals we had for user experience. When I was back in the office, I pulled that build off the site and everyone worked insane hours to get things back to where they were supposed to be.

How did you fix the issue?

Direct intervention fixed that specific issue, but I knew others were going to crop up if I didn't get some middle management. I put it off for a long time, trusting everyone enough to think we didn't need it. My team members are extremely hard workers who are passionate about what they're doing, but they're also only human. They needed guidance, and it was my job to provide it for them. So I promoted a couple people who had potential and hired a couple more so we could have team leads that would act as that approving body and an additional rudder to help me steer each department.

Where did you get the idea for the fix?

I can't say it was from anywhere specific. Expanding management roles is the best practice when scaling up a business, I just hoped we wouldn't need it until we reached an even greater employee count.

What do things look like now that you’ve corrected the problem?

By mid-2019, we'd stopped losing money and slowly turned things around to be profitable again. Having intermediary managers has made communication throughout our team much better, and we're even looking to expand again in the future now that we've got a strong foundation.

What did you learn from this experience that other business leaders need to know?

I learned that no matter how humble your beginnings, you need to treat your business like any other. Just because you trust your team members doesn't mean you're always going to be as productive or efficient as you should be, especially when the number of team members grows dramatically. Have a plan for scaling and make sure that plan includes some form of middle management to ensure your business remains structured no matter how large it grows.