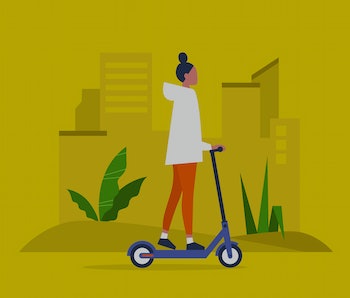 Dr. Deborah Birx, the U.S. Special Representative for Global Health Diplomacy, has been a key public figure in the Trump Administration’s daily war with coronavirus. At a press conference on Monday, Ambassador Birx highlighted millennials, saying that they are “the core group” that will stop the spread of coronavirus across the country.

Birx, who is also the Coordinator of the United States Government Activities to Combat HIV/AIDS, also compared the current crisis to the HIV/AIDS epidemic, which began in 1980s and peaked in 1995, saying American “had another silent epidemic, HIV. And I just want to recognize the HIV epidemic was solved by the community, the HIV advocates and activists who stood up when no one was listening and got everyone's attention."

While the HIV/AIDS epidemic occurred before millennials were around, or when they were toddlers, the point Birx was making was similar: for a health crisis to be solved, attention must be raised by potential carriers. Everyone is a potential carrier of covid-19, which means that communication and attention raised within millennials cohorts -- like group DMs and texts -- will be critical first lines of defense.

“They’re the ones that are out and about,” Ambassador Birx told the gathered press corps at the White House. “The most likely to be the least symptomatic. The millennials can help us tremendously by communicating with each other. Public health officials like myself don’t always come out with compelling and exciting messages that a 25-35 year old may find interesting or take to heart. But millennials can speak to one another about how important it is in this moment.”

"Millennials can speak to one another about how important it is in this moment.”

Birx emphasized that there are risks from coronavirus and the disease it causes, COVID-19, to people from every age range. But she also pointed to the raw numbers: the most recent polling on the subject shows millennials are either poised to become, or already have become, the largest generation in America. Numbers from the Pew Research Center showed that in 2016, there were approximately 71 million millennials and 73 million Baby Boomers. The trends showed the former slightly rising and the latter steeply falling. There is no reason to believe those trendlines have changed.

Mixed Results — So far, some millennials have risen to Ambassador Birx’s challenge while others have not. Recent polling from Quinnipiac shows the generation is mostly taking coronavirus seriously, with 54 percent of 18-35 year olds describing themselves as “very concerned” or “somewhat concerned” that the virus will infect either them or someone they know.

But that still leaves 26 percent “not so concerned,” and a whopping 19 percent “not concerned at all” about the virus affecting them or someone they know. Using the 71 million number, that leaves close to 32 million millennials who are not taking the coronavirus pandemic seriously.

This sharp division has asserted itself in the media. On one side, stories of anxious and beleaguered millennials begging their Boomer parents and grandparents to stop shopping at Costco, going on vacations, attending book clubs, and doing things that fail to reach the level of necessity during this crisis.

On the other hand, Lizzie McGuire star and millennial icon Hillary Duff recently used her Instagram to call out “all you young millennial a - - holes that keep going out partying” with a simple demand: “go home” and “stop killing old people, please.”

Hillary Duff was clearly doing what Birx is hoping for: millennials using their unique social cache to influence those around them to take the safe actions. But you don’t have to be the star of an iconic Disney series with a stalled reboot to make a difference: talking to your friends about your own social distancing is crucial. It needs to become normal to stand a chance against a disease as infectious and effective as coronavirus.

The virus won’t cancel itself, but that’s why God made millennials.

More like this
Innovation
Sep. 29, 2022
Scientists have created a mechanical womb that can grow life in the lab
By Miriam Fauzia
Innovation
Sep. 21, 2022
Gaming tech could ease pain during surgery — here’s how
By Sofia Quaglia
Innovation
Sep. 20, 2022
A rodent "backpack" could speed up cancer drug discovery
By Hannah Thomasy
Related Tags
Share: