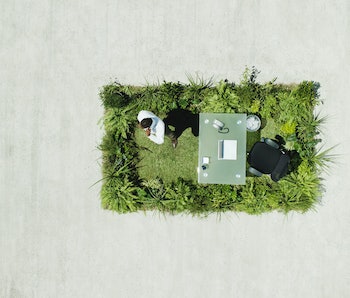 Every company wants its employees to be as productive as possible. With higher productivity comes higher output, hence higher revenues.

While there are a lot of things businesses should avoid, such as long meetings and complicated processes, there are a few simple things they can do to help employees become their most productive selves (which, according to one study, also means happy). Here are three.

Wellness programs, the best of which offer biometric health screenings, nutritional programs, fitness classes, and educational seminars on topics such as smoking cessation and work-life balance, can not only reduce insurance costs and absenteeism; they also lead to higher productivity, according to a joint study from University of California, Riverside, UCLA, and Washington University. In fact, companies with these programs gained about a day’s worth of work per month for the average worker.

To reach their conclusion, the researchers examined individual productivity and medical data collected over a three-year period at five Midwestern plants of an industrial laundry company, one of which didn’t offer a wellness program to act as a control.

“By showing concern for workers, organizations can strengthen employees’ loyalty and commitment to the company,” said study co-author Timothy Gubler. “When programs help employees make healthy choices, this can positively impact their wellness, mood, energy, and ultimately increase their productivity through increased capability.”

2. Have plants in the office

A lot of us spend a good chunk of our lives in an office, so how that space is designed has a big impact on our productivity. One simple way to give employees a boost? Decorate it with some plants.

“Our research suggests that investing in landscaping the office with plants will pay off through an increase in office workers’ quality of life and productivity,” said lead researcher Marlon Nieuwenhuis. “It directly challenges the widely accepted business philosophy that a lean office with clean desks is more productive.”

Participants in the study self-reported higher levels of concentration and perceived air quality, along with significantly increased workplace satisfaction. This may be because greenery helps employees feel more physically, cognitively, and emotionally involved in their work, according to the researchers.

“Companies are spending thousands of dollars on team-building activities, and I’m thinking, go buy an Xbox.”

It may be counterintuitive, but it may be a good idea to allow employees to be given time to exercise or play collaborative video games, according to two different studies.

According to work published in the Journal of Occupational and Environmental Medicine, employees at two dental care centers were asked to devote 2.5 hours per week to physical activity, distributed across two sessions. They self-reported that they got more work done, had a greater work capacity, and were sick less often, compared to another group that had the same decrease in work hours but without obligatory exercise and a third group that maintained their usual work hours.

"This increased productivity comes, on the one hand, from people getting more done during the hours they are at work, perhaps because of increased stamina and, on the other hand, from less absenteeism owing to sickness," said Ulrica von Thiele Schwarz and Henna Hasson, the researchers behind the study.

The other study, from researchers at Brigham Young University and published in AIS Transactions on Human-Computer Interaction, found that participants on teams who played Rock Band or Halo 4 actually outperformed teams who either did homework or who discussed their results.

“To see that big of a jump — especially for the amount of time they played — was a little shocking,” said co-author and BYU associate professor Greg Anderson. “Companies are spending thousands and thousands of dollars on team-building activities, and I’m thinking, go buy an Xbox.”

The research was conducted with teams of people who didn’t know each other, so it’s unclear how it’d apply to teams with existing relationships.

Abstract:Teams rapidly form and dissolve in organizations to solve specific problems that require diverse skills and experience. For example, in the information systems context, cross-functional and project-based teams that comprise a mix of personnel who temporarily work away from their usual functional groups (best perform agile software development (Barlow et al., 2011; Keith, Demirkan, & Goul, 2013). These newly formed work teams need to become productive as quickly as possible. Team video gaming (TVG) has emerged as a potential team-building activity. When new teammates play a collaborative video game, they engage in cooperative and challenging goals while they enjoy the games. Although research has shown that video games can promote learning and recreation, it has not investigated the effects of commercial video games on subsequent work-team performance. Better understanding this issue will provide insights into how to rapidly develop cohesion among newly formed work teams and, thus, lead to greater team performance. We examined this issue through a laboratory experiment. We found that teams in the TVG treatment demonstrated a 20 percent productivity improvement in subsequent tasks (in our case, a team-based geocaching scavenger hunt) over teams that participated in traditional team-building activities.

More like this
Innovation
7.30.2022 11:00 PM
Here’s exactly how tech companies and apps conspire to track you 24/7
By Peter Krapp and The Conversation
Innovation
8.5.2022 6:30 PM
This breakthrough stem-cell therapy could reverse genetic blindness
By Charles Q. Choi
Innovation
8.5.2022 11:00 AM
Alexa could diagnose Alzheimer’s and other brain conditions — should it?
By Joanna Thompson
Related Tags
Share: