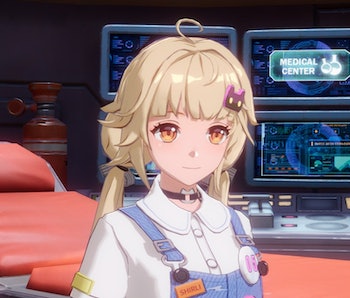 Ready for your next anime-inspired sci-fi fantasy MMO? Tower of Fantasy, the so-called Genshin Impact clone, impressed audiences with its lush landscapes, precise customization, and multiplayer potential. Oh, and it’s free to play! Understandably, those looking for another live service experience to complement their Genshin adventures might be interested in the familiar aesthetic and gameplay.

Will it live up to expectations? Players can find out for themselves when Tower of Fantasy launches on August 10. Pre-load the game and you can enter as soon as the server goes live. Here’s how to do exactly that for PC and mobile.

What is Tower of Fantasy?

Tower of Fantasy is an anime-inspired MMORPG set in a sci-fi fantasy setting. While it resembles Genshin Impact based on its aesthetics, it’s actually much different in terms of the progression systems and the features it prioritizes. You can expect real-time combat, upgradable weapons, crafting, and exploration like you would in Genshin Impact. However, it offers in-depth customization for your characters and emphasizes the game as a “shared world” experience.

Tower of Fantasy takes place in a future where humanity has started colonizing other planets. This one runs on Omnium — but at a price. The tutorial will quickly introduce you to the advanced technology and bugged-out monsters you might experience in this world.

When is the Tower of Fantasy release time?

Tower of Fantasy launches on August 10 at 8 p.m. Eastern. That’s the global launch time, so all you need to do is convert the time for your specific region. If you’re not sure, the website also has a countdown timer that should let you know when it’s available to download.

How to pre-load Tower of Fantasy on mobile

Pre-loading Tower of Fantasy for mobile works similarly on both iOS and Android devices. Just go to either the App Store (iOS) or Google Play (Android) and click the “Get” or “Install” button to get started. Once the initial download ends, launch the app to log in and start the pre-installation.

The pre-installation screen looks like a lab with a download progress bar at the bottom. It should let you select your region and server after it finishes. You can even start customizing your character before launch, even if you won’t be able to equip the skin until you get to the customization part of the tutorial.

How to pre-load Tower of Fantasy on PC

For PC, download straight from the Tower of Fantasy website. Underneath the countdown timer, there should be an option to download for Windows, iOS, or Android. Click the Windows icon to download the execution file and open it to start downloading the launcher.

Click the “Launch” button when the launcher download completes. It’ll prompt you to create an account if you haven’t already. If you do have one, log in using your credentials. Logging in opens another window (seen above) where you have to initiate the pre-installation download.

Tower of Fantasy will launch for PC, iOS, and Android on August 10.