'SMT 3: Nocturne' dev on why now's the time to revisit the Persona precursor

“Now is the perfect time to revive Nocturne.” 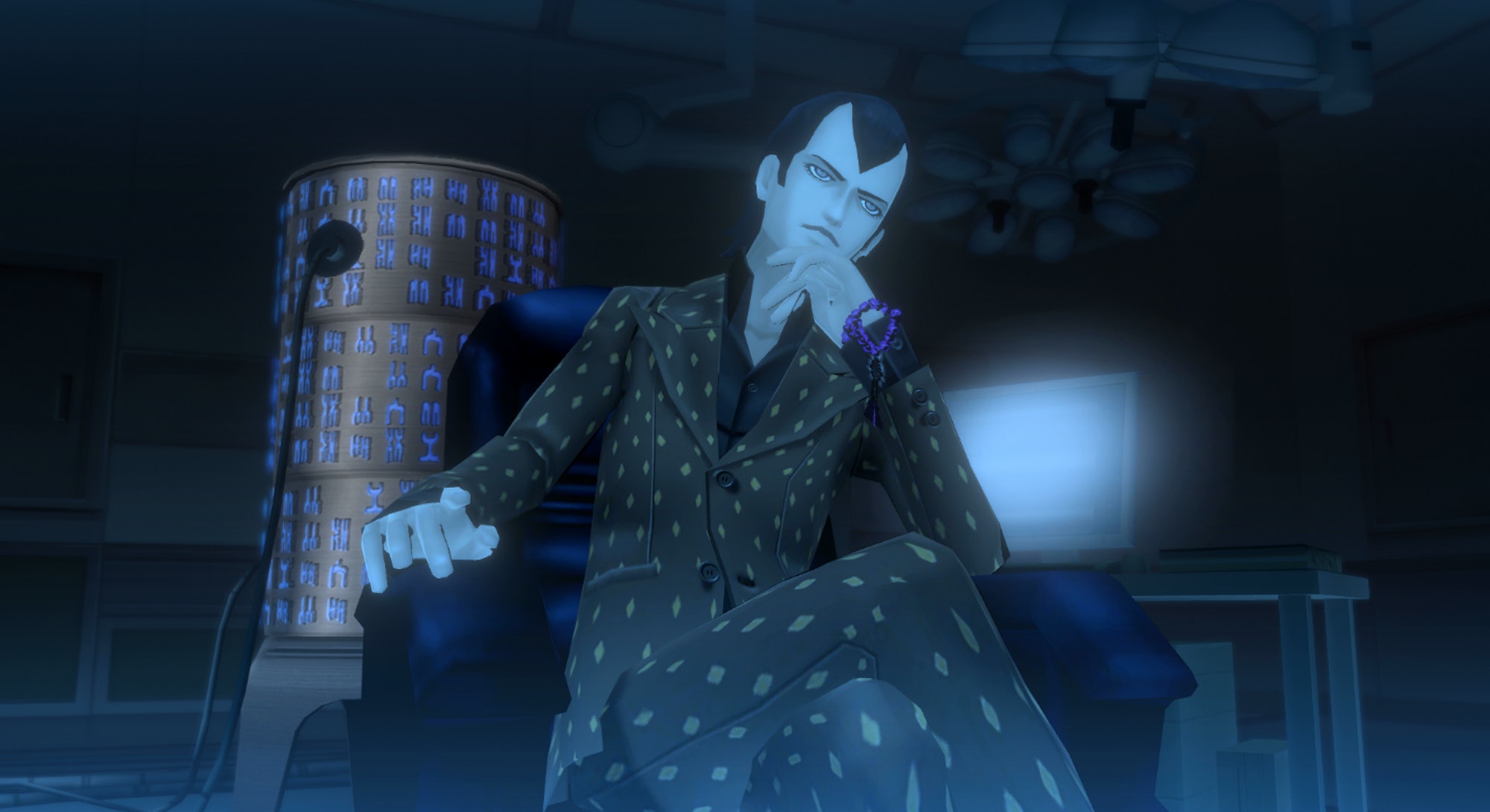 Persona 5 is a global sensation. With over 3 million total sales and critical acclaim, the latest entry in the series went from niche darling to breakaway success. But the roots of the Persona series go all the way back to one underappreciated 2004 game: Shin Megami Tensei 3: Nocturne.

Persona’s become a bigger deal outside Japan than the Shin Megami Tensei series, but the former is actually a spinoff of the latter. Beloved features found in Persona 5 like demon negotiation, camera positioning, and skill inheritance were first introduced all the way back in Nocturne.

Until now, new fans seeking to understand the origins of those features had to use emulators or get their hands on a PlayStation 2. Now, RPG lovers can enjoy the cult classic on modern consoles via Shin Megami Tensei 3: Nocturne HD Remaster. The game has been overhauled and had many quality-of-life improvements to make it more palatable to modern gamers.

Kazuyuki Yamai, who directed the Nocturne HD Remaster, says a remaster for this hugely influential game was long overdue.

“For a long time I’ve felt that players should be allowed to experience the game that set the standard for what Atlus titles are today,” Yamai tells Inverse. “Seeing as how SMT5 is on the horizon, I thought now would be the perfect time to revive Nocturne as well.”

Yamai revealed the challenges of keeping Nocturne true to itself, the initial fan backlash to the new voice track, and why Nocturne remains a timeless classic.

Persona has exploded in popularity overseas since Nocturne was first released. What challenges and opportunities does that present for the Nocturne remaster?

The Persona series was certainly a big factor in allowing this remaster to come to fruition. We believe a large portion of newer players gained interest in Nocturne after playing Persona. As such, we thought they deserved a chance to experience the original game. Our goal became to recreate the original in a way that would retain all the fundamentals that made it a stellar game, while making visuals and small quality of life improvements that reflect modern gaming sensibilities.

This upgrade had to happen. For instance, imagine if somebody new to Star Wars wanted to watch the original trilogy, but the only available version was a heavily altered remake. Wouldn’t this make them wonder if the originals were ever worth watching? Similarly, newer Nocturne players might hesitate to give the game a try if longtime fans lambasted the remake online, saying it was nothing compared to the original.

We endeavored to create an unadulterated Nocturne experience that both hardcore Megatennists and newcomers to the series could enjoy.

Did the new voice lines change your impression of any characters?

We did everything we could during casting, recording, and editing to keep characters authentic to their original incarnations.

Despite our efforts, I remember reading some comments akin to, "I dunno, Hikawa's voice sounds a lot younger than I thought..." shortly after the Japanese voice actors were announced. That got me kind of nervous.

When the game came out, the overall consensus seemed to be that Hikawa’s voice fit the bill and sounded cool despite initial expectations, and boy was that a big relief.

We did find some difficulty keeping the original demon voices. There was some legal ambiguity for using old voice assets. We ended up hiring new talent to re-enact the demon voices, often doing many retakes in the process. After recording finished, our sound staff adjusted the effects with painstaking attention to detail. We feel that the new voices are nearly indistinguishable from the originals, even to the most attentive of fans.

What elements of Nocturne made you want to return to the game?

Nocturne contains many hallmark elements that Atlus has iterated upon since the game’s release. For example, the Press Turn battle system has been passed down all the way to Persona 5, albeit in a slightly altered form. The same can be said for demon fusion, skills, and negotiation. Some of our newer players may not be aware of the history of such mechanics, since accessing a game only available on old hardware isn’t that easy.

For a long time, I’ve felt that players should be allowed to experience the game that set the standard for what Atlus titles are today. Seeing as how SMT5 is on the horizon, I thought now would be the perfect time to revive Nocturne as well.

Publishers and developers have become more receptive to the idea of introducing older games to new audiences in recent years. What do you think has changed?

The current trend we're seeing as an industry is that it's taking longer and longer to develop a new game from scratch. As such, re-releasing older titles helps to fill in the gaps between newer releases. And if the development of a new game starts to drag on too long, rereleases help steadily grow the player base and keep brand interest alive. Reintroducing these older games into the market also benefits the player by allowing them to experience the legacy upon which their newer favorites are built.

On a personal level, it also gives adults like me, who grew up being scolded for refusing to put down the controller, a chance to relive the childhood dream of playing the games we like to our hearts' content. I do think the trend of rereleasing games will continue, as it benefits both company and the consumer. But I suppose I wouldn't want the market to be oversaturated by older games either — innovation is necessary for balance.