How three women gave life to the heroine of 'Life is Strange: True Colors'

“I honestly didn’t know what I was signing up for.” 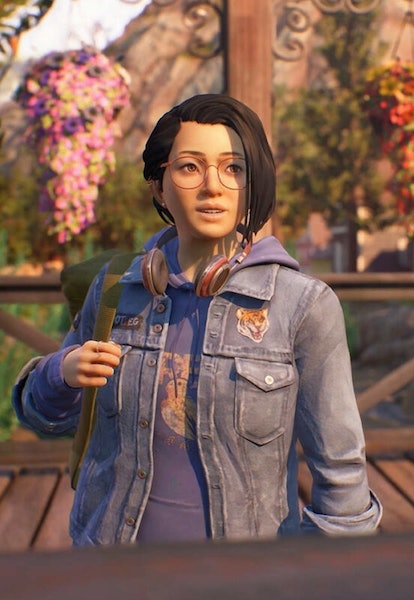 Felice Kuan, a senior staff writer at Deck Nine Games, tells Inverse the fictional town of New Haven is an amalgamation of real-life towns near the studio’s Colorado office. The team also found Erika Mori, the voice of protagonist Alex Chen, in a local acting class led by one of the game’s casting directors.

“I honestly didn’t know what I was signing up for,” Mori tells Inverse. “I didn’t even realize I was auditioning for the lead of the game until callbacks!”

Ahead of the release of the third game in the acclaimed supernatural adventure series, Inverse spoke with Deck Nine’s Felice Kuan, actress Erika Mori, and recording artist mxmtoon about how each of them shaped the game’s protagonist, Alex Chen.

Mori definitely tried to resonate with bits of Alex’s personal identity during her performance, not just as an Asian person, but also as a kid growing up in foster care, as a sister, and as a queer person. In the game, Alex is bisexual and has the option to pursue a romance with either Steph Gingrich or Ryan Lucan.

Mori has starred in numerous theater productions, including called Stop Kiss, a romance between women Mori played Callie, who eventually comes out and reveals her affection for Sara.

“I brought a lot of myself to the character of Alex, particularly in how to make those really deep, intense, emotional, empathic moments real and authentic,” Mori explains.

Like her character in Life is Strange: True Colors, Mori’s also very close with her brother, Evan. “I don't know all of the components that went into the decision of my casting, but I like to think that Evan definitely had a part in it,” she says.

She says a scene depicting Alex’s response to Gabe’s death was a key part of the audition process, and that imagining the grief of losing her own younger brother was an overwhelming experience. “I don't know if I would have been able to connect as closely with that type of loss without knowing the love for my brother,” she adds.

Kuan, who has a degree in musical theater writing, says her educational background likely shaped her vision of Alex “on a subconscious level.” The character’s singing voice is portrayed by recording artist mxmtoon, whose real first name is Maia. She’s a singer-songwriter from Oakland, California, and is known for playing the ukulele. Maia has played the Life is Strange series since 2017, starting with the first entry. Since then, she’s been a huge fan and was eager to get involved.

“It was really easy with Alex Chen as a character to embody what she's going through because I think that we’re actually very similar as people,” says Maia. “I even look almost identical to the way that she does, besides my hair. I think that's the only thing separating us!”

Maia says she looked to her own life as inspiration for her portrayal of Alex. Both she and Alex identify as LGBTQ+ and Asian American. They’re also both 21 years old.

Maia indirectly collaborated with Mori throughout the process, listening to audio clips to learn more about Alex’s mannerisms and way of speaking outside the game’s musical interludes. Alex’s success as a character depends on these two halves coming together naturally.

“I sing for Alex and I have my own parts and roles of making Alex Chen come to life,” Maia explains. “But Erika is really the heart of Alex Chen.”

Maia notes, “It was a fun kind of DIY process… it felt like I was like a kid in a candy store trying out different things, seeing what worked.”

Kuan says several different versions of Alex were workshopped during the concept phase, before landing on her current background as an Asian-American who grew up in the foster care system. When Mori got the role, she was excited to learn that Alex was an Asian-American character and had the opportunity to provide a more diverse representation in the media.

“I certainly felt a sense of responsibility to Alex and the players to develop a character that had depth and nuance, who was more than her race or her gender or her past,” she says. “In collaboration with the amazing devs at Deck Nine, we were able to create a compelling and empathetic protagonist in whom players from every walk of life will be able to find themselves.”