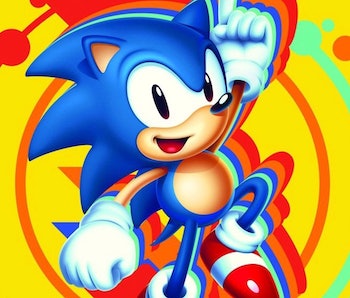 The beauty of Tetris is its simplicity. A player needs only to get all the falling pieces to fit together for a cleared row, and what’s more, the game will even tell you what pieces are coming next. The 1984 game was originally made in the Soviet Union, and when it was brought to the West a few years after its creation, game companies were stunned. Tetris is so simple that creating variations wouldn’t take much.

The first blockbuster variant on Tetris was 1990’s Dr. Mario, which was so similar that the two games came bundled together. Dr. Mario gave the anonymous Tetris blocks a personality, coded with a medical theme. Furthering this theme was the idea of a “virus,” or a bad block, that players need to prioritize before clearing the rest of their blocks.

This idea was furthered in 1991 by the Japanese game Puyo Puyo, which introduced the idea of players sending “garbage” blocks into a competitor's screen, making it harder and harder to clear one’s board. Puyo also humanized the blocks, giving them goofy little eyes.

Puyo Puyo was developed by a company called Compile, but its global distribution was handled by Sega. In 1993, upon its release in America, Sega reworked the game. Stripping Puyo Puyo of its name and identity, it was now presented as Dr. Robotnik's Mean Bean Machine. It’s available right now if you’ve subscribed to Nintendo Switch Online + Expansion Pack.

The odd-looking blocks are now called beans. As per the game’s manual, Dr. Robotnik has created a “nasty device that changes the jolly folk of Beanville into devious little robots that will help the deranged doctor rid Mobius of music and fun forever!” Dr. Robotnik also explains this goal in an opening animation to his henchbots.

What’s funny about this is realizing that in the Sonic canon, while Sonic is racing through all of those levels, a small town made up entirely of bean-people exists. And they like music, apparently? Is this because beans are the musical fruit? They’ve never been brought up again, although it could make for a compelling setting if Sonic 2 does well at the box office.

The gameplay in Mean Bean has some differences from Tetris. You’re no longer focused on completing a line, but rather on connecting beans of the same color to each other. A minimum of four are needed, but getting more is preferable. That’s not just for getting your score, but also because of the game’s other crucial mechanic: refugee beans.

Refugee beans are the game’s version of screwing over your opponent. In a one-player game, this means one of the henchbots, leading up to Dr. Robotnik himself. These refugee beans can’t be cleared through conventional means, and are dropped rather unceremoniously onto the player’s board. The only way to get them off your screen is to clear adjacent groups. This can be difficult because, as refugees rain down on your board, they ruin many potential groupings.

The refugees can be downright frustrating, even to the seasoned Tetris player. While the game offers a small warning about their arrival, there’s not really much you can do about it. The developers of Puyo Puyo would come to recognize this, and Puyo Puyo 2 would add a feature allowing players to send the troublesome blocks back toward their opponent. Games can end quite quickly without this, and that’s exactly what can happen in Mean Bean.

But if the challenge feels a little unfair, that’s part of the fun. Mean Bean rewards fast-moving players, because the faster you group beans, the more refugees screw up your opponent’s board. While this can be frustrating facing an AI, it can make for a challenge when you’re playing someone else.