"I’m really excited about the future." 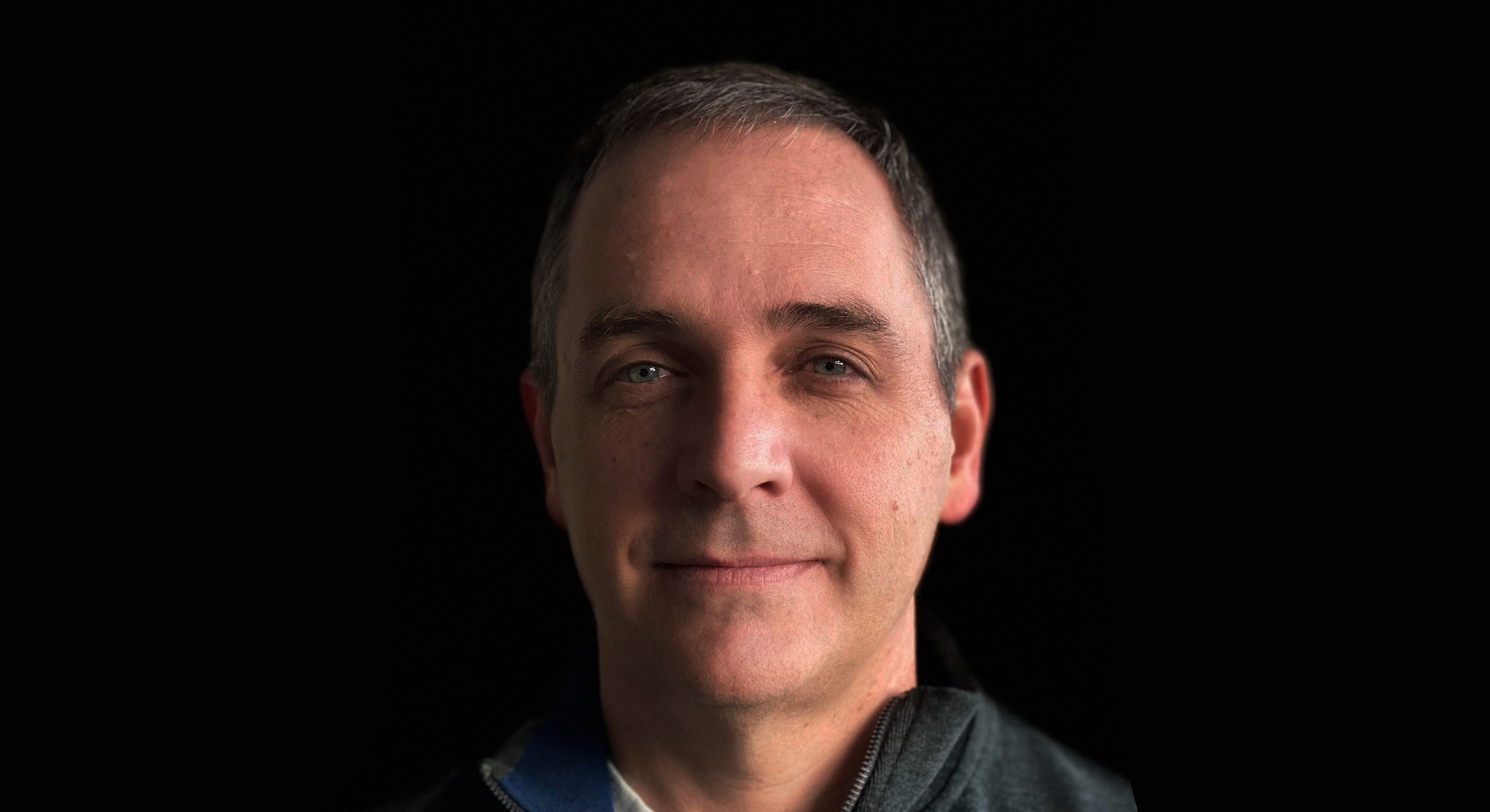 Wearing a sharkskin sportcoat over dark jeans and an untucked shirt, Marc Whitten strode onto center stage inside a massive tent on Microsoft’s campus in Redmond, Washington.

As I sat in the audience of the company’s marquee event of 2013, Whitten was prepared to talk science — and a little magic.

Over the next ten minutes, flanked by six massive screens and dappled in apple-green light, Whitten painted a picture of a next-generation console powered by cloud computing. The Xbox One would deliver engaging cross-platform experiences, shaping new interactions that promised to blur the line between gaming and other mediums. It was, he said, “rocket science-level stuff.”

That hour-long event was perhaps too in the clouds, overly focused on non-gaming entertainment for Xbox loyalists. It landed like Marty McFly’s crashing metal crescendo to “Johnny B. Goode” in Back to the Future — the gaming community wasn’t quite ready for it. The Xbox One’s launch would prove to be a daunting low for the company.

The platform’s rigid, anti-consumer DRM policies — first made public during the event — were quickly backpedaled in the wake of public outcry. The policy changes meant that some of the more advanced features of the system would also go away. That included some capabilities — like the ability to share a digital game library with family and friends — now widely considered to be early predecessors to the wave of advancements that capped off the decade.

Whitten has been at the center of the evolution of gaming for nearly two decades.

As one of the founding members of the core Xbox team back in 2002, he helped oversee the launch of the Xbox Live service, which would become the console’s biggest impact on gaming at-large. By 2007, Whitten had expanded the online gaming feature into a mammoth entertainment service with more than 50 million downloads.

Whitten joined Amazon in 2016 as vice president of entertainment devices and services; his history with building streaming services came back into focus this fall when the company announced Luna, a subscription-based cloud gaming service that’s a natural evolution of the technology he helped develop at Xbox in the early 2000s.

Currently in invitation-only early access, Luna looks to further develop the concept of an inclusive entertainment and gaming hub by integrating Amazon-owned streaming platform Twitch, with the aim of bringing content creators and fans together.

The Luna service — and those like it — arrive during a pivotal moment for video games. Advances in technology have lowered barriers to entry for both players and creators. The rise of cloud technology enables game developers to utilize powerful tools driven by AI, and vast networks of computers to create new kinds of experiences.

Gaming as a form of entertainment isn’t just going mainstream, it’s beginning to blur the lines between movies and television.

Three months into the roll-out of Luna, Whitten says those early days working on Xbox Live helped to shape the future of Amazon’s video game service, and he’s exhilarated by the yet-unimagined innovations that lay ahead for the games industry

This interview has been edited for clarity and length.

Where do you see the industry heading in 2021?

“I’m really excited about the future of artificial intelligence, at scale, in gaming.”

What emerging technology do you think will shape gaming?

I’m really excited about the future of artificial intelligence, at scale, in gaming. The biggest game creators put an intense amount of energy into creating believable, complex, and rich worlds that are fun to explore for hundreds of hours. But even then, we still make memes based on the repetitive experiences we have that really break immersion.

As AI gets better, though, I think we will start to see more complete and complex game worlds that truly react to the player.

What Nick Walton has done at AI Dungeon is a really fun hint at this world, and it’s just a very small example.

“What happens when every player can play any game instantaneously on any screen?”

How have you seen online services change the game industry throughout your career?

When we started Xbox Live we had a simple idea – make what we saw on PCs “console simple.” We imagined things like simple matchmaking and leaderboards and a universal friends list, but most games were single-player or couch co-op, and it was rare to find teams that had a bunch of great networking talent.

Game creators and the Xbox Live community rapidly iterated on how online would fundamentally change the play experience. We kept working on new features, but game developers quickly outstripped our imagination.

While we imagined a lot of cool features, what we didn’t imagine then was the emergence of completely new game styles and business models such as free-to-play, Minecraft, Twitch, and digital-first gaming.

This is partly why I’m so excited about the promise of Luna. Cloud game streaming provides one more way for creators and customers to reimagine the medium. What happens when every player can play any game instantaneously on any screen? I can’t wait to find out.

What lessons did you take from the Xbox One launch?

That team did an incredible job delivering Xbox One against immense pressure and I’m very proud of the work they did. Some of our decisions with the initial launch of Xbox One made that harder, but Phil [Spencer, head of Xbox] and the team at Microsoft have done a great job since then refocusing – in particular with Xbox Game Pass and backward compatibility.

While we are in our early access stage, we ask every user after every session if Luna met their expectations and how to make it better. It’s already possible to see how streaming helps gamers and creators find each other. But that just scratches the surface of what we hope to do.

How did your work on the Xbox One — in particular its initial policies — influence your work at Amazon?

Perhaps the most important lesson I learned from my time at Xbox was the power of building services that get better over time. Ray Ozzie said it best during his tenure at Microsoft; in the past, what we celebrated in software was shipping games and thought of that as the end of a program. Now we know that isn’t the end, it’s simply the “grand opening.” What happens next is the fun part. It isn’t about building a product or service, it’s about a long-term relationship with your customers.

What impact do you think Twitch has had on gaming?

We’ve all seen how Among Us turned into a rocket ship because it went from a great but underappreciated game to an amazing watch on Twitch.

Twitch ends up as a more authentic way to discover games or to just enjoy the gaming experience. And I think we are going to keep seeing new experiments that push how far you can take the interaction.

We hear a lot from our customers that they love the Twitch integration in Luna, as early as it is. But what happens when a streamer can use the power of gaming from the cloud to change the experience? It will be cool to see a streamer hand the controller over — virtually — to one of their audience members and become an opinionated spectator.

When will we see meaningful integration between Twitch and Luna?

When we first started thinking about Luna internally, we began by talking about Twitch and how to build a deep and integrated experience. We’ve spent a ton of time with Twitch creators, and we’ve heard firsthand what excites them about cloud gaming, what doesn’t, and they’ve made some fantastic suggestions.

What impact do you think streaming services will have on video games?

We want to make it easier for people to play. Services like Luna make it possible to quickly play a game on the screens you already have. You don’t have to wait for a long download or worry about whether your hardware is compatible.

Over time, it will mean new games and game modes and things that we wouldn’t even imagine yet. We have a bunch of interesting ideas, but my experience has been that our imagination is nowhere near as interesting as what happens when games start getting created.

Amazon Luna is in invite-only early access, with no confirmed release date. The service will be available on PC, Mac, Amazon Fire TV, and iOS for $5.99 per month.