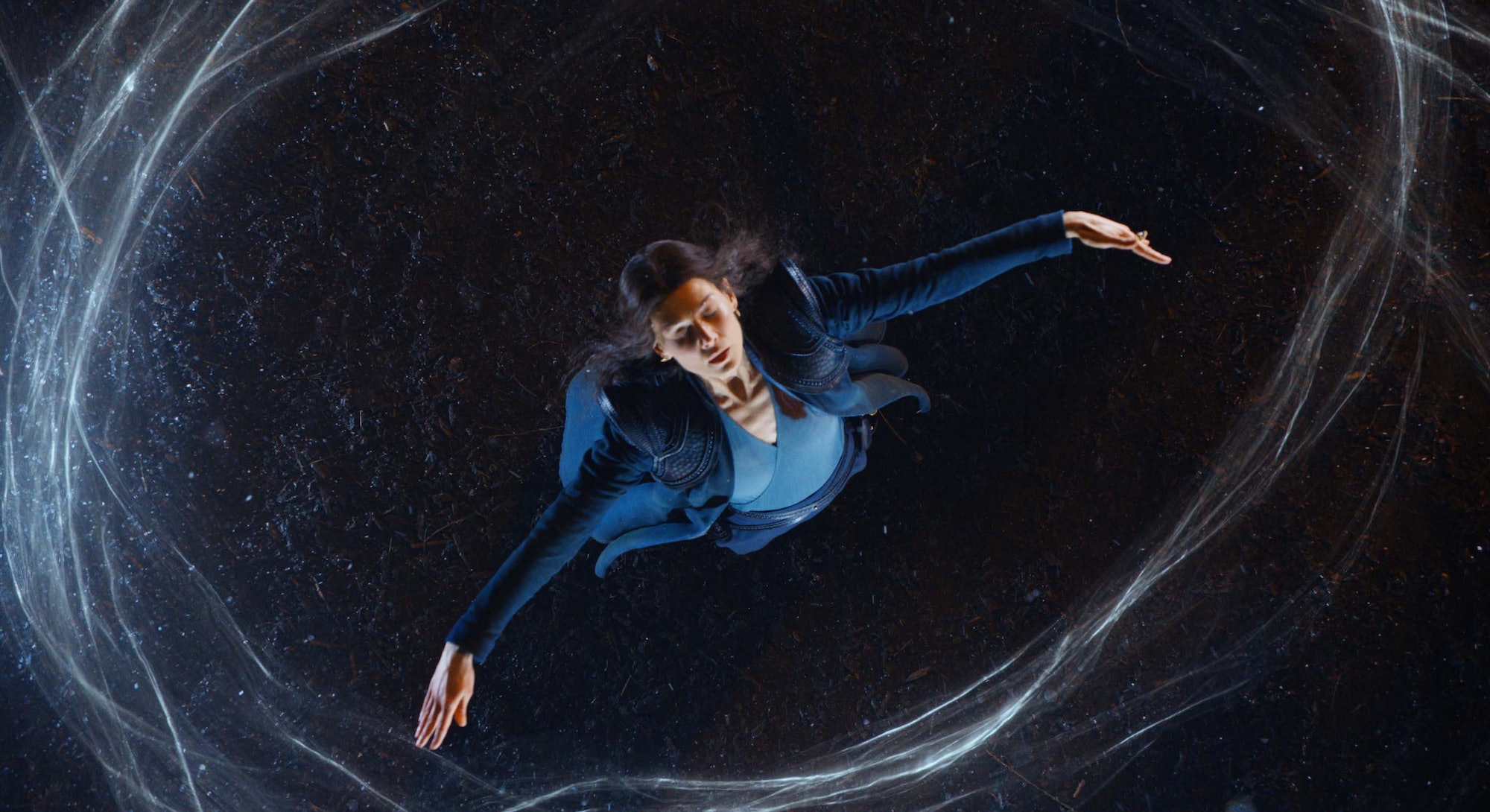 Fantasy and science fiction’s widest known properties — such as Harry Potter, The Lord of the Rings, Dune, and Game of Thrones — have operated predominantly in the white male gaze.

Many fantasy properties which exist through the male gaze take the stance of the masculine perspective. In some cases, like with Lord of the Rings, this simply means the female characters are relegated to supporting characters whose primary purpose was to act as an angelic guide or someone to be desired. However, what defines the male gaze in the most traditional sense is seen in shows like Game of Thrones, which, beyond some main characters, see women as sexual objects, existing to please the heterosexual, cis-male gaze.

However, the genre has recently seen an increase in diversity, with fantasy novels such as Gideon the Ninth, Children of Blood and Bone, and The Poppy War. From a focus on women and characters of color to LGBTQ+ relationships taking center stage, these stories offer a strong divergence from the fantasy lead prototype.

Simply giving women a more active role to play in fantasy is a small and relatively low bar, but it’s why properties such as The Wheel of Time or even Game of Thrones are notable at all. While Lord of the Rings had three major-ish female characters, these two other genre mainstays were populated by women as strong as — if not stronger than — the men beside them. While certain tropes remain, especially the much-abused “Chosen One,” the women of these stories are given moments of excellence that other mainstream series have failed to do.

But unlike Game of Thrones, The Wheel of Time takes it a step further. In adapting author Robert Jordan’s 14-book universe from page to screen, the new Amazon series elevates its already strong female characters in a way that allows them to be more than the foil to their male counterparts.

Who Runs the World? Girls

In the first book of The Wheel of Time series, Moiraine, a member of the magical organization called the Aes Sedai, takes four young people from a small village on a journey to the city of Tar Valon as they hope to discover who might be the next savior of the world. She believes one of them may be the reincarnation of the Dragon, a powerful individual prophesied to save the world or destroy it. Based on the novels by late author Robert Jordan, The Wheel of Time takes a herculean effort to adapt. Jordan’s books are dense, and his world-building is detailed and seemingly endless.

Due to the nature of the series and the magical systems in place, the timeline is set in the distant past and future Earth. Focused primarily on the ideas of the cyclical nature of time (lifetimes are described as “this turn of the wheel”), the story writes its characters to operate as threads in the Patterns of Age. (Those threads sew the tapestry of each new lifetime.) This is all charged by the One Power, flowing from the True Source, which keeps the wheel spinning.

This One Power causes the most significant conflict in the series as it’s divided into male and female halves, saidin and saidar, respectively. In a past lifetime, saidin was tainted by the Dark One so that any man who wielded that source of power would be driven mad.

For many teen girls growing up, these were characters to admire.

In the novels, the women run the show, but the story negatively frames the women’s rule as a hindrance to many male characters. Their authority is not shown as evil per se, and the books certainly are more progressive than other fantasy novels written by male authors. But for all of the power characters like Moiraine possess, they’re always written with the edge of being somewhat of a nag. Or, at least, that’s how the three leading male characters (Rand, Mat, and Perrin) seem to perceive them.

Moiraine is calculated and deceitful, Nynaeve is ill-tempered, and Egwene is a know-it-all. To avoid writing them into a corner of being too perfect, Jordan takes pains to humble them to build up the likes of Rand, Perrin, and Mat. Therefore, the women seem like inhibitors to men — nags and shrews who “still” men's powers lest they go mad. (The Aes Sedai work together to take away men’s access to saidar as possessing that power to protect them.)

That said, Jordan’s outlines of the characters are tremendous, and for many teen girls growing up, these were characters to admire. It’s just that they don’t contain the depth they deserve in the novels. While Wheel of Time showrunner Rafe Judkins takes much inspiration from Jordan’s world-building, he sets the adaptation apart by enriching the characters with substantive details and a sense of modernity. The latter of which was lacking in a certain HBO fantasy megahit series.

Game of Thrones left much to be desired in terms of female representation. Yes, there were women in positions of power on the show, such as Cersei Lannister (Lena Headley) and Daenerys (Emilia Clarke), and women who could fight as good as, if not better than, any man, like the gold-hearted Brienne of Tarth (Gwendoline Christie) or feral wild child Arya Stark (Maisie Williams).

However, even if the women of Game of Thrones were written to be powerful on the most superficial level, they were often cut down by the writers, as they sought new and creative ways to torture and demean these characters meant to embody empowerment.

From being assaulted and abused by any male authority figure to horrible mutilating deaths, Game of Thrones was explicit in its desire to cause these characters pain. Most notable, however, was how flippant they were with it as well. The series often crashed into the “sexploitation” pool where women would wander the screen completely naked as a male character dumped exposition onto the audience. (Think of any scene with Littlefinger set in his brothels in the first couple seasons.)

The women in Game of Thrones were used as window dressing for drama.

Many rallying defenses would call these choices “historically accurate,” willfully forgetting the existence of dragons, zombies, and third-eyed ravens that appeared in the same series. The argument was that the violence was necessary to showcase just how great the strength of Arya, Sansa (Sophie Turner), and others were for persevering through such impossible odds.

In contrast, Jon Snow (Kit Harrington) got to stare down an army barreling towards him in the act of heroism that defined his character in later seasons. His arc of overcoming the odds was more about how he faced great evil with his strength and honor. Sansa had to be beaten down and power through her trauma to showcase her perseverance. One was given the hero's journey while the other was asked to be the surviving victim.

The women in Game of Thrones were used as window dressing for drama. Men suffered at the hands of gruesome violence and narrative upheaval as well. Still, the women of the world suffered emotional turmoil and physical and sexual abuse for the sake of exploitive TV.

In an interview with GQ, showrunner Rafe Judkins spoke about what drew him to The Wheel of Time. Judkins, who is openly gay, bonded with his mother by reading the book series as they were able to see pieces of themselves in this world. For the mother and son, it offered something new.

“Gone were the hoary archetypes—the bearded wizards and saintly protagonists, almost uniformly male. In their place were flesh-and-blood real-life characters with flaws and defects. And perhaps most revolutionary: Many of them—many of the most powerful among them—were women. Not always the best-written or most convincing women, but still: women.”

For Rand (Josha Stradowski), Mat (Barney Harris), and Perrin (Marcus Rutherford), much of their journey in Wheel of Time is learning how to stand up for themselves in the face of powerful women, namely that of Moiraine (Rosamund Pike), Egwene (Madeleine Madden) and Nynaeve (Zoë Robins). In the series, at least for one spoiler-y but notable exception, Judkins and company have gone ahead to encourage the women characters so that they aren’t simply foils to men but lived-in characters that we root for just as much as the boys.

The Aes Sedai deserves a show that’s just as epic as they are powerful.

The striking changes made to the characters in the series will be divisive to book readers — as most changes almost always are. However, those who enjoyed the female characters of this story will be delighted at how they’re fleshed out and given a greater sense of community. And for such powerful characters that work in established social structures that acknowledge their formidable power, the women in Wheel of Time often behave as solitary individuals.

The Amazon show spends significant time showing communal gratitude and traditions. We only hear about Egwene’s coming of age ceremony in the novels, while the TV series lets us experience them with her. It is no longer an anecdotal piece of knowledge but a moment of celebration seeing the customs and joy shared by the women in the village. In addition, the village Wisdom (essentially their healer), Nynaeve, isn’t simply angry as a personality trait. Instead, her rage is justified and explained as we learn about her troubled and tragic past and the lessons she learned from her past mentor, who wished to train as an Aes Sedai but was turned away.

Perhaps the greatest divide between book and adaptation is in the characterization of Moiraine, who is sly and stoic in the novels. Though powerful, Jordan wrote her more as the embodiment of a human obstacle, despite her main priority being the main characters’ immediate safety. For better (and, truthfully, sometimes worse), Moiraine is still often cool and controlled in the series. But, more often than not, she is allowed to express genuine emotions, frustrations, and desires. She’s playful but brusque, direct but selfless; her mystique is replaced by a living, breathing character.

The Wheel of Time will grapple with some hurdles, especially in regards to Moiraine’s character. That said, not only is the show a beautifully shot production with its immense budget being utilized wonderfully for expansive sets and stunning locations, but it’s a strong example of how to adapt any story from book to television.

As book fans, there will always be something missed — some preferred detail uncovered or character underserved. But on the whole, The Wheel of Time honors the source material and improves upon the existing issues of the book series. Characters like Nynaeve, Moiraine, and Egwene, along with the world and rituals of the Aes Sedai, deserve a show that’s just as epic as they are powerful. On that account, The Wheel of Time more than delivers.

The Wheel of Time premieres November 19 on Amazon Prime Video.