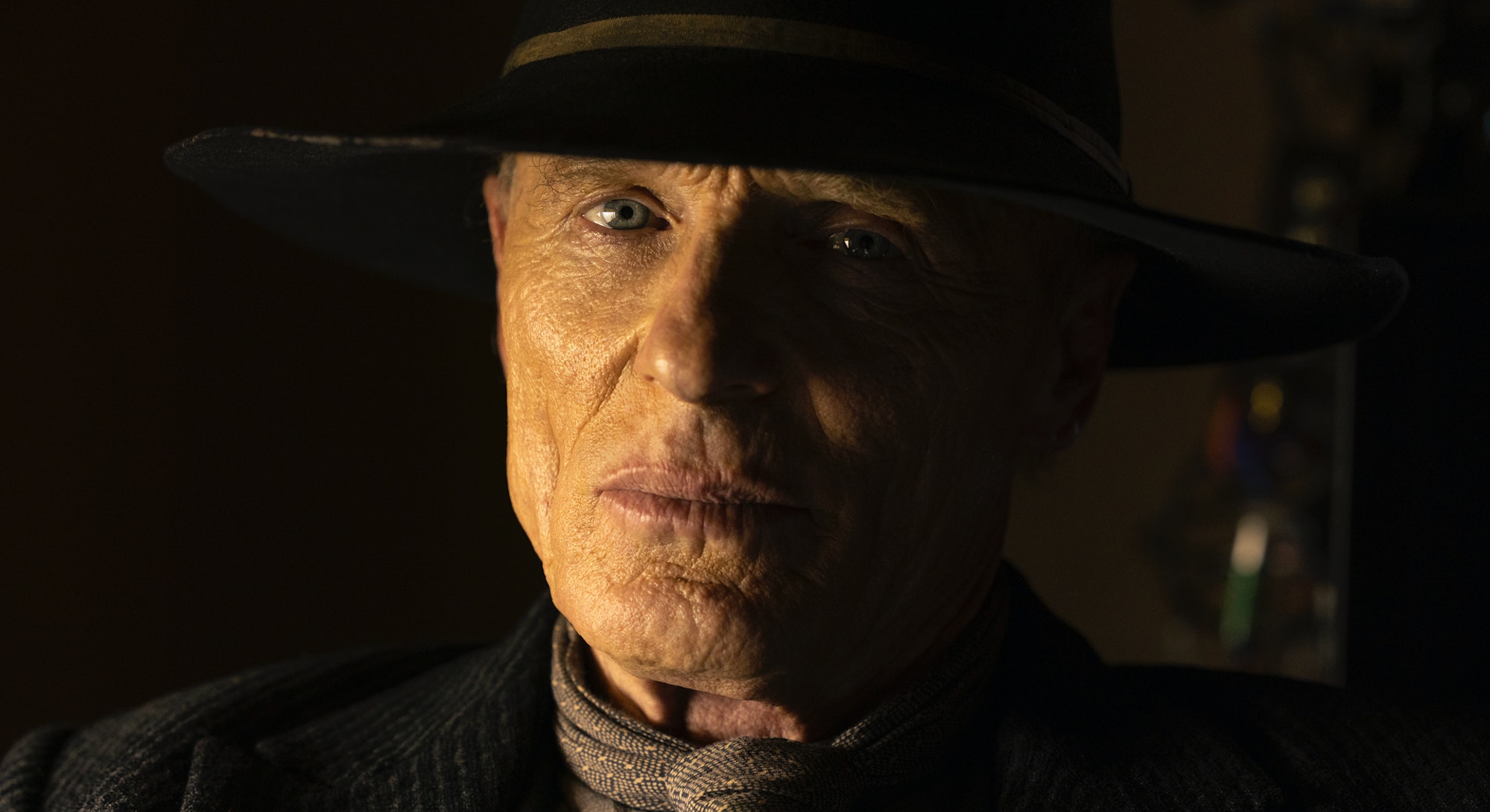 It’s late June 2022 and Westworld’s new executive producer and writer is still hard at work filming Season 4 — despite the fact that new episodes started airing on HBO on June 26.

The HBO prestige sci-fi series starring Evan Rachel Wood, Ed Harris, Jeffrey Wright, and Thandiwe Newton returned after a long hiatus — and a disappointing third season — to mostly positive reviews. But Schapker can’t enjoy the reception just yet, and she’s avoiding looking at one specific type of fan feedback until after her job is done.

“When Episode 8 is in the can, I’ll be able to really sit back and peek into the corners of fan theories on the internet,” she says. “It’s gonna be my reward when we’re done.”

Westworld has always had a love-hate relationship with its most ardent audience. During Season 1, a hivemind of fans on Reddit and other corners of the internet correctly predicted the show’s biggest twist before it could unfurl as planned. In response, Season 2 doubled down on a mystery so impenetrable it made the story hard to follow. And Season 3 wasn’t much better.

“ It’s fun to keep them guessing.”

Schapker, who joined the Westworld team as executive producer and writer for Season 4, still sees herself as a fan, which makes it all the more difficult to resist keeping up with the conversation and speculation online.

“I love fan culture because I am a television fan,” she says. “It’s always interesting and worth considering what is pushing people’s buttons and what they’re speculating about. It’s fun to keep them guessing.”

However, despite the perception that Westworld has become more confusing as fans get better and predicting its many twists, Schapker swears that series co-creators Jonathan Nolan and Lisa Joy have never changed course based on fan theories — though that doesn’t mean they aren’t paying attention.

“This is always the story that Jonathan and Lisa have meant to tell,” Schapker says. “We just try to service the stories as best we can. We do read the press and listen to fans.”

The J.J. Abrams school of television

Schapker got her start in 2001 as a writer and a story editor on Constance M. Burge’s Millenial witches drama, Charmed. She soon began working on J.J. Abrams-attached titles as a head writer and producer: Alias in 2003, Lost in 2006, Fringe in 2010, and Almost Human in 2013.

“I’d love to work with J.J. Abrams again,” Schapker says. “It’s been a while, but J.J. was a crucial part of giving me my start in this business. He offered me a voice on Alias, Lost, Fringe, and Almost Human, and I’ve had some of the greatest times in my career working on his shows. I wish him all the best!”

Would Schapker be open to a reboot of Alias, the genre-blending espionage sci-fi thriller starring Jennifer Garner? 100 percent.

“I have to tell you, I think Alias was truly one of the most fun writers’ rooms I’ve ever been in,” Schapker says. “Everybody involved with that show, including talent, honestly loved being a part of it. We all felt so lucky to be there.”

Schapker also wrote and produced for Brothers & Sisters in 2007, The Flash in 2014, and Scandal in 2015. Then it was on to Netflix’s gritty cyberpunk action drama Altered Carbon. Netflix pulled the plug on Altered Carbon after two seasons, which Schapker remembers as “a heartbreak.”

“I am not going to give up,” she says. “I still harbor a dream that someday, somebody will come knocking and want to continue that story. Quellcrist Falconer was off to foment a revolution! We had a great Season 3 written, and I’m sorry we were not able to bring it to people. Sometimes that happens.”

“We had a great Season 3 written.”

As Schapker was looking for her next gig, she almost immediately landed the new gig on Westworld.

“It’s really sometimes all about the timing,” she says. “It’s been a wild and career-defining, super-challenging, and super-satisfying experience to make a show like this.”

“It’s not an empty puzzle box.”

Spoiler alert — Part of what makes writing and producing Westworld such a strenuous gig is keeping up with all of those timelines. Writers and producers have to triple-check for plot holes and discrepancies to ensure all of the dots connect — even if they don’t necessarily do so in a straight line.

“We are always trying to create the best season of television we can,” Schapker says. “In some ways, Season 4 was just about going around the bend again and trying to hit every moment as best we can.”

“The amount of blood, sweat, and tears that go into the Westworld writer’s room, all the way through post-production, is astounding. People really reach to give it their all, and that’s the ambition of the show — it was a real labor of love to make.”

Westworld Season 3 stumbled for a variety of reasons, including a lack of scenes set in the theme park that gives the show its name, the temporary departure of James Marsden, and too many versions of Dolores to keep track. But according to Schapker, Season 4 definitely isn’t undoing what came before.

To understand the full story, every episode ultimately matters.

“Jonathan and Lisa have a vision for the show that every season fits into, it’s not an empty puzzle box,” Schapker says. “There’s very much something that the show is exploring and automatically trying to examine, and it is trying to provoke certain specific conversations. Hopefully, people want to enjoy the ride and see their favorite characters through to the end.”

According to Schapker, part of getting viewers to reinvest in the brain-blasting narrative rollercoaster that is Westworld involved mulling over the negative feedback from both fans and critics about Season 3.

“I understand that there was some feeling of disappointment not to be in the park, or not feeling like the story in the outside world was always what people may have wanted it to have been,” she says. “Although, I personally hope that when this series is all said and done, Season 3 will take its place as a necessary step progression.”