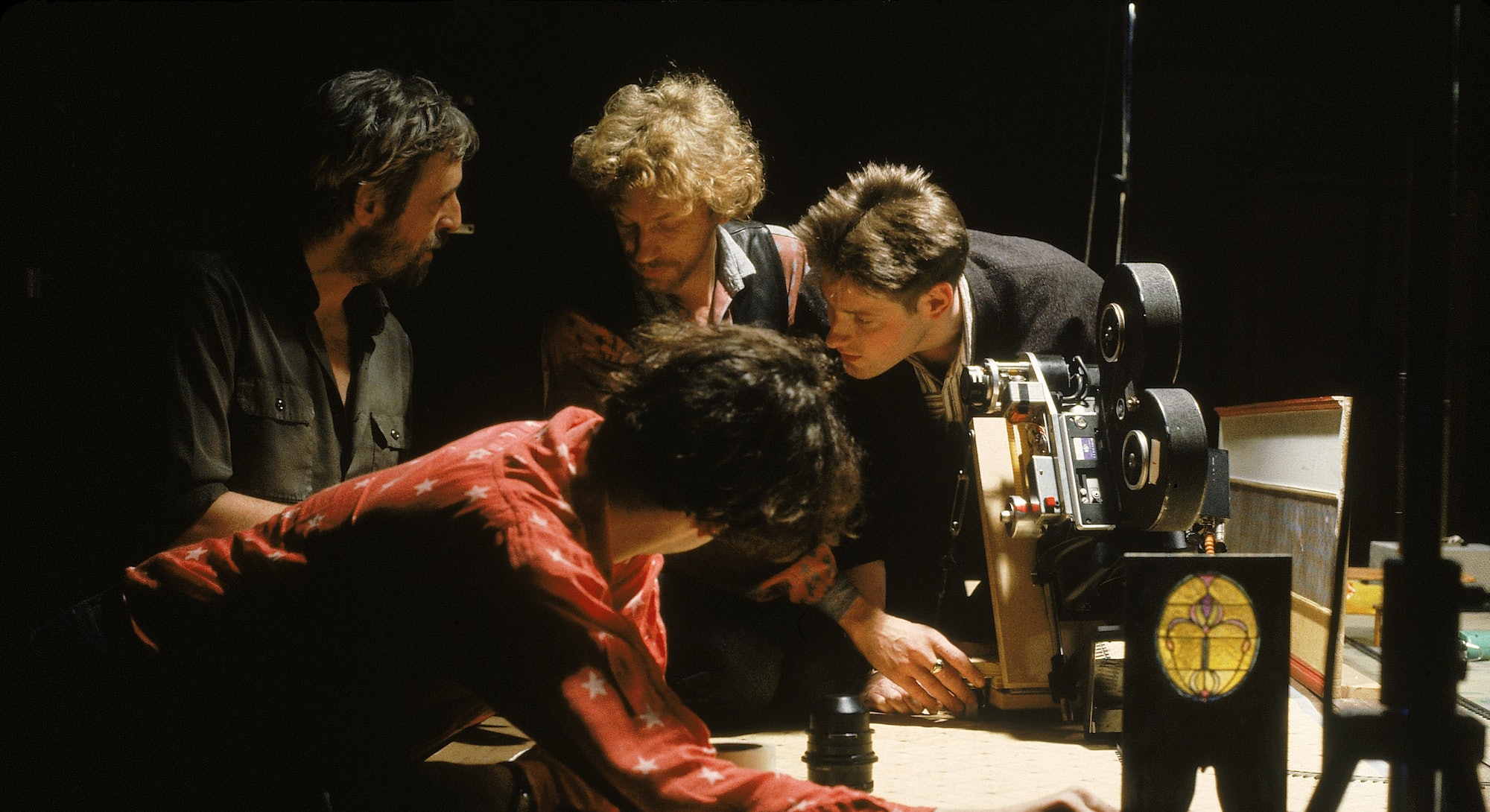 You could argue all day about which is the best chase sequence ever committed to film, but why bother? You’ll always arrive at the same and objectively correct conclusion: the two-minute toy train chase at the end of The Wrong Trousers.

Twenty-eight years after it was made, Aardman Animations’ half-hour film remains a benchmark for stop-motion storytelling. The Wrong Trousers won the Academy Award in 1994 for Best Animated Short Film, cementing the company's reputation as a force to be reckoned with on the world stage.

But the model railway chase remains particularly cherished. An astonishingly satisfying piece of comedy animation, it’s regarded by Aardman insiders as the best thing the production team ever created. Nearly three decades on, those insiders tell Inverse how they made it happen.

The team had already established itself in 1989 with A Grand Day Out, a 23-minute film that introduced the world to an English plasticine double act comprising a clumsy inventor and his intelligent dog called Wallace and Gromit. Created by animator Nick Park for £11,000, the film earned an Oscar nomination and Park the freedom to experiment with bigger ideas on bigger stages.

In 1992, Aardman moved into a new studio on Gas Ferry Road in Bristol, England. It was a big open space that had originally been a banana-ripening warehouse, but the team was tucked away in a small section of the studio, where they worked on the film for 14 months. (Using stop-motion animation, Aardman can film around two seconds of footage a day.)

Directors of photography Tristan Oliver and Dave Alex Riddett had known each other for around 10 years by this point. They met at the University of Bristol, performing in a pantomime in which Oliver was a demon and Riddett was a court jester. “We were always hand in glove,” Oliver tells Inverse.

Riddett was Oliver's film lecturer and says that Oliver's introduction to Aardman came after he borrowed some of their equipment. Having both worked in children's TV and commercials, they wanted more. “We were just two people who had a similar vision,” says Oliver. “We'd been aspiring towards a cinematic feel for what we were doing. And we needed something of scale to get our teeth into.”

The Wrong Trousers was exactly that.

For Park, a good deal of inspiration came from the cartoon Tom and Jerry. Aardman would discuss Tom and Jerry a lot. Riddett says the team tended not to revisit the original source of inspiration, relying on their memories of it instead.

Steve Box, 25 at the time, animated the film with Park. “I don't think we knew exactly how to do it at the beginning,” he says. “What was wonderful was having that challenge in front of us and all working together to figure out how to do something that we had never done before.”

A three-minute walk from Gas Ferry Road was the company Cod Steaks, where assistant art director Phil Lewis made the film's sets. “It was very obvious right from the script and the very early storyboards it was really good,” he says. When Park stood in front of a big board with the storyboard laid out, the team was delighted. Lewis can never remember a presentation going so well.

How they did it

In order to achieve the frenetic chase effect, the camera filming the action was attached to the train. Whenever the train needed to move, Riddett or Oliver would push the camera by hand, about three inches at a time. When they did so, the camera — mounted on a crane and running along its own tracks — would either push the train from the back with a rod or pull it from the front with a thread.

Initially, says Oliver, they thought they would run the train at the equivalent of 60 mph. After various experiments, they discovered this looked “very ponderous.” In the end, the train travels at the equivalent of 300 mph — or 10 centimeters per frame. This meant they suddenly needed a lot more set to play with.

“It was just a joy every day to try these crazy things.”

Lewis built a set that was about 15 feet long with a back wall that needed to match Wallace and Gromit's living room. Like the carpet, some of the wallpaper was hand-painted — “It was a beautiful thing,” says art director Yvonne Fox — but most of it was photocopied. This was because, as Oliver says, “the background is so blurred it barely registers.” When the action pauses and the background comes into focus, however, everything on camera is handmade and hand-painted.

The camera's view would be deliberately obscured by a sofa each time the team ran out of set, which was every 1.5 seconds or so. The team would then pick up the sofa and place it back at the beginning of the set, rearrange the furniture, and the sequence would start all over again. “It is very, very simply done,” says Oliver of a process that could barely be more complicated.

Working with engineer John Wright, puppet maker Jan Sanger helped make the eponymous trousers, a gadget that Wallace uses to walk Gromit but is turned against him when their nefarious penguin lodger uses it to — spoiler alert — steal a diamond from a museum. The legs were foam latex with a ball-and-socket armature while the midriff and boots were made from solid resin. The joints in the feet, ankles, knees, and hips were made from phosphor bronze and brass. They needed to be engineered in such a way that they were “fluid but tight,” says Sanger.

One innovation came courtesy of Fox, who had been working for a film company called Cosgrove Hall. There, the characters had metal feet that could be held in place by magnets underneath the floor. After she suggested this technique to Aardman, they began to use it as well. It meant that the carpets, which were painted on wallpaper, had to be as thin as possible.

“There’s a lot to be said for a cup of tea and that sharing of dilemma in a safe space.”

This kind of problem-solving was integral to The Wrong Trousers and Aardman's work more generally.

“It wasn't the age of the internet,” says Box. “We couldn't go and see how someone else had done it. It was lovely how we would all group together and just scratch our heads and somebody would come up with a solution. We used to find it so much fun.”

Once they sent off a finished reel of film to the labs in London and then got it back, they would “run like crazy into the edit room,” says Box. “It was just a joy every day to try these crazy things.”

Working as a team

“There was definitely a thespian approach to what we were doing,” Oliver says, “and I think that played into problem-solving. It’s very much the traveling theatre, troubadour tradition. That was certainly the early days of Aardman writ large.”

Also important was the space and freedom the team had to talk to one another. “There is always a part of the day where a pot of tea is made and a tray of biscuits is brought around and people discuss problems. In many ways, that’s what’s wrong with the American way of making stop-frame feature films. They’re so scared of downtime and holiday in America that people are just whipped from set to set. There’s a lot to be said for a cup of tea and that sharing of dilemma in a safe space.”

Today, with huge studios and numerous sets, the various departments on an Aardman project have to communicate using walkie-talkies with around six different channels. They also use instant messaging software, sending photos of designs to one another. “It’s an ideal way of passing on visual information,” says Riddett. Talking to the visual effects department, he will post updates and get the latest from them in a chat featuring about eight people.

But in the early 1990s, with no email and in smaller spaces, the team communicated almost exclusively face-to-face. “We didn't know any other way,” says Riddett. “You were actually on top of each other all day long, really. It’s very reactive; the communication is instant because you’re both looking at the same thing.” The small team consisted of people aware that everyone around them was at the top of their game. “We all trusted each other,” says Sanger. “There was a lot of mutual respect.”

“It actually did feel like we hit the big time.”

Box remembers one ingenious solution coming from Riddett, who arrived at one point holding what looked like drinking straws. They were, in fact, perspex rods. Riddett slipped one into the barrel of the penguin's gun, shined a light in it, and suddenly it acted as the bullet traveling for a single frame toward Gromit's head. “We were trying all sorts of things all through the movie, and the train chase was the culmination of it, really,” says Box. “It was the most inventive time I think I've ever had.”

To cap the sequence off, the team needed to make the penguin fly through the air for the first time in his life. Box knew that wires couldn't achieve the necessary effect. Instead, they filmed him from above by placing him on a sheet of glass and slicing him in half vertically so that he wouldn't roll around. Beneath the glass was a long stretch of kitchen wallpaper, moved by wheels. This enabled the penguin to look sharp relative to his background while he appeared to fly toward Gromit, who inadvertently catches him in an empty milk bottle. To this day, Box keeps the penguin next to his bed.

Once the film had been made, its first outing was on a June night at the animation film festival Annecy.

“They had erected a giant screen by the lake,” says Riddett, “and they showed it at night, outdoors. That was spectacular, I must say.”

Fox remembers the huge crowd of people watching it: “And people just cheered. And it's bringing tears to my eyes, actually. People just couldn't believe it.”

As Oliver points out, you don't even need sound to understand the film. Its appeal is universal. “Suddenly to see something that big repaid all the work we'd put into it,” he says.

Disney executives began flocking around them after the film ended, remembers Riddett. “It actually did feel like we'd hit the big time.”

Aardman is working on a film called Robin Robin for Thanksgiving 2021, featuring Richard E. Grant and Gillian Anderson, as well as the animated sequel Chicken Run 2. But for everyone involved, the company has never done anything better than The Wrong Trousers. It was made during a period in which they still had little to lose, so they had an enormous amount of freedom in which to experiment.

“There was nobody saying, ‘That's not how it's done,’” says Box. The team were all hungry, competitive, and desperate to make the film as good as it possibly could be. “We were there all the time, as much as we could be awake. I think the love you put into something permeates into the film itself.”