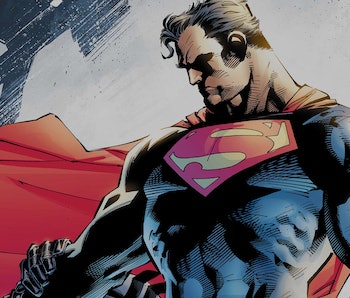 A new Superman movie is in the works.

A live-action reboot of Warner Bros.’ Superman film franchise, the Man of Steel’s newest cinematic leap comes from author and writer Ta-Nehisi Coates, with Hollywood heavyweight J.J. Abrams producing. Assuming everything on the project goes fairly smoothly, the reboot could very well end up being the first standalone Superman film since director Zack Snyder’s Man of Steel in 2013.

What lies ahead in the next Superman feature film? Here’s everything to know about the project, from the movie’s possible plot details all the way to cast possibilities.

When will the Superman reboot come out?

Since the project is still searching for both a director and a star, there is no official confirmation on when the Superman film reboot will exactly premiere. Depending on how quickly development on the project moves, fans could reasonably expect to see it hit the big screen sometime in the next few years. However, it seems unlikely that the reboot will come out any sooner than 2024 or 2025.

Who is in the cast of the Superman film reboot?

There is no official cast for the Superman film reboot yet, as the script for the film is still being written. Early signs indicate that Henry Cavill will not be reprising the role of Superman for the film, with a Black actor expected to take on the character.

According to previous reports, Michael B. Jordan once pitched Warner Bros. his vision for the character back in 2019. The actor has been repeatedly nominated by comic book fans online as a strong choice for the role. Could Jordan lead this Coates-penned reboot? Fans will likely have to wait quite a bit before hearing any official casting announcement for the project.

Is there a trailer for the Superman film reboot?

The new Superman film reboot has yet to find its director or star, so no footage has been shot yet. Fans can likely expect to start seeing some footage, images, and artwork from the project whenever it officially begins production.

What’s the plot of the Superman reboot?

Plot details for the Superman reboot are being kept under wraps for the time being. The Hollywood Reporter reports that the film will tell the story of a Black Superman. Ta-Nehisi Coates is writing the script for the film, following his acclaimed work writing Black Panther and Captain America stories for Marvel Comics.

Outside of the superhero world, Coates has received attention and praise for his non-fiction books We Were Eight Years in Power: An American Tragedy, The Beautiful Struggle, and Between the World and Me, as well as for his work writing for The Atlantic, The Village Voice, TIME, The New York Times, and several other notable publications. He published his first fictional novel, The Water Dancer, in 2019.

In a statement made to Shadow and Act, Coates expressed his excitement for the project, saying, “To be invited into the DC Extended Universe by Warner Bros., DC Films and Bad Robot is an honor. I look forward to meaningfully adding to the legacy of America’s most iconic mythic hero.”

“There is a new, powerful and moving Superman story yet to be told. We couldn’t be more thrilled to be working with the brilliant Mr. Coates to help bring that story to the big screen, and we’re beyond thankful to the team at Warner Bros. for the opportunity,” added J.J. Abrams.

Will Henry Cavill return as Superman?

It’s hard to know right now what this could mean for Henry Cavill’s future as Superman. But despite the new Superman film being an apparent reboot of the franchise, Cavill still has the potential to continue playing the role if the DCEU continues utilizing the multiverse and alternate realities in its storytelling. At the moment, though, he’s keeping himself busy in the fantasy realm, starring in Netflix’s The Witcher as Geralt of Rivia.

More like this
Entertainment
6.16.2022 11:30 AM
30 years ago, Tim Burton made the sexiest and most sinister superhero movie
By Mónica Marie Zorrilla
Entertainment
6.14.2022 4:50 PM
A Joker 2 musical would actually be great — here’s why
By Dais Johnston
Culture
6.20.2022 12:00 PM
25 years ago, the worst Batman movie ruined the franchise — and inspired a modern trend
By Dais Johnston