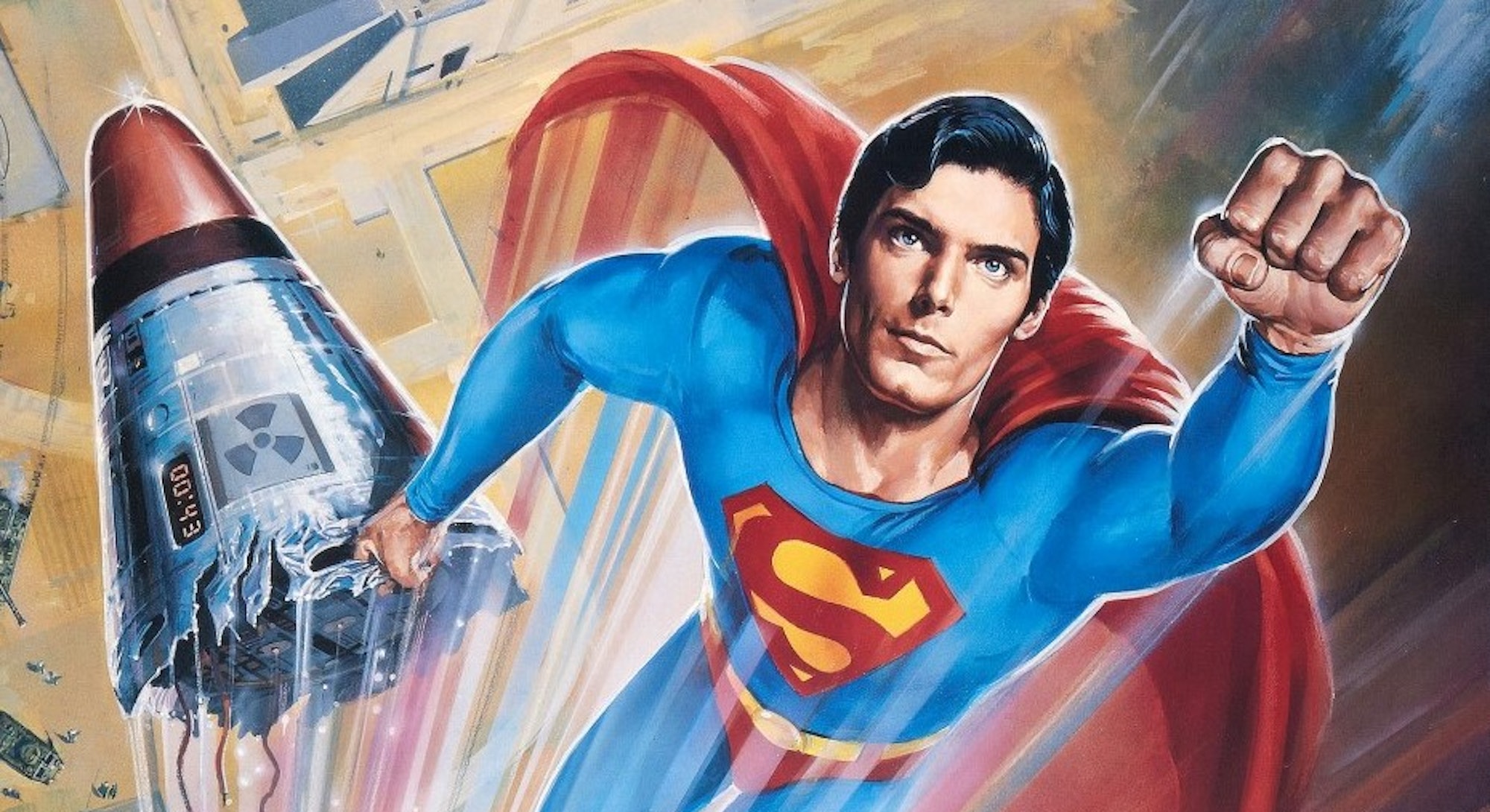 There’s a clear decline, starting with the acclaimed Superman: The Movie (94 percent), then the well-received Superman II (82 percent), followed by the mediocre Superman III (29 percent), and finally ending with Superman IV: The Quest for Peace at a depressing 10 percent.

Superman IV is considered one of the worst films ever made — Superman or otherwise. 35 years later, I sat down to discover if the long-reviled film actually lives up to its reputation. Unfortunately, Quest for Peace’s status as a low point for the franchise (and superhero cinema in general) is extremely well-earned.

The main plot of Superman IV centers around worldwide panic after a failed international summit that will likely result in the United States and the Soviet Union entering a nuclear arms race. Superman decides to step in, rounds up the world’s nuclear weapons, and hurls them into the sun. Yay!

Except, what’s to stop countries from re-arming themselves after Superman takes their weapons? There’s no indication that the world’s nations agreed never to forge new weapons or perform tests. But nuclear weapons are gone, so all is well!

But it’s too early for a happy ending. Lex Luthor has to escape prison to destroy Superman. His brilliant plan: steal Superman’s hair and create a sort-of-but-not-exact Superman clone powered by the sun: Nuclear Man.

Luthor figures if he uses the Bizarro-like Nuclear Man to murder Superman, he can easily profit from helping the world re-arm themselves with Superman dead. Is this really necessary? Lex could easily move forward with his plan without wasting time on Superman. This just makes him look petty. Hell, at the end of the movie, Superman basically admits he can’t bring world peace by destroying nuclear weapons — his message is essentially: “Get it together, people.”

The central plot about the threat of nuclear conflict is also very awkwardly executed, especially given the high concern around the issue in the ‘80s. There’s something uncomfortable about Superman saving the world by destroying all nuclear weapons only to throw his hands up in the end.

The story behind the plot is far more interesting. Christopher Reeve had no interest in returning to the role and only became interested when the studio offered him creative input on the script. The actor pushed to incorporate real-world issues into the story, and that’s how we wound up with a story about nuclear weapons. (Reeves always publicly regretted taking part in the film.

Superman IV is not only uninteresting, it’s filled with themes and plot points that go nowhere or are rendered forgettable because there’s too much happening. You’ve got the nuclear arms race, Lex and Nuclear Man, and the evils of tabloid journalism — not to mention we need a love triangle thrown in.

Yes, the movie goes to the trouble of creating a love triangle with Clark/Superman, Lois, and the new publisher’s daughter, Lacy. But nothing consequential actually happens with this love triangle. It seems to have been created just for a “hilarious” scene where Clark Kent/Superman has to run around changing into both his identities during a double-date with Lois and Lacy. It’s not funny – it just makes both women look like morons for not being even slightly suspicious of the connection. At least we’re spared a catty rivalry.

Superman IV even makes a feeble attempt to recapture the magic of the first Superman by recreating his famous flying sequence with Lois. Superman reveals his secret identity to her only to mindwipe her minutes later. What was even the point?

Future Supergirl Lex Luthor actor Jon Cryer appears as Lex’s dimwitted nephew, Lenny Luthor — looking like the worst of the ‘80s in human form. He’s clearly intended to be the comic relief, but nothing he says or does is remotely or memorably funny.

Lenny’s only purpose is to free Lex from prison at the beginning of the movie. After that, he’s just a very insignificant background character. Cryer manages to just barely keep his irritating sidekick character out of Rob Schneider territory, for which we are most grateful to him.

Is Superman IV one of the worst movies ever made? It’s cheap, the effects are awful, and the story is disjointed — but I’ve seen worse. This was made in 1987, back superhero movies hadn’t come into their own yet. The genre still had more potential to be far worse (and it would be).

Besides, Superman IV does have one major leg up on the more recent bad superhero movies: it’s only an hour and a half long.