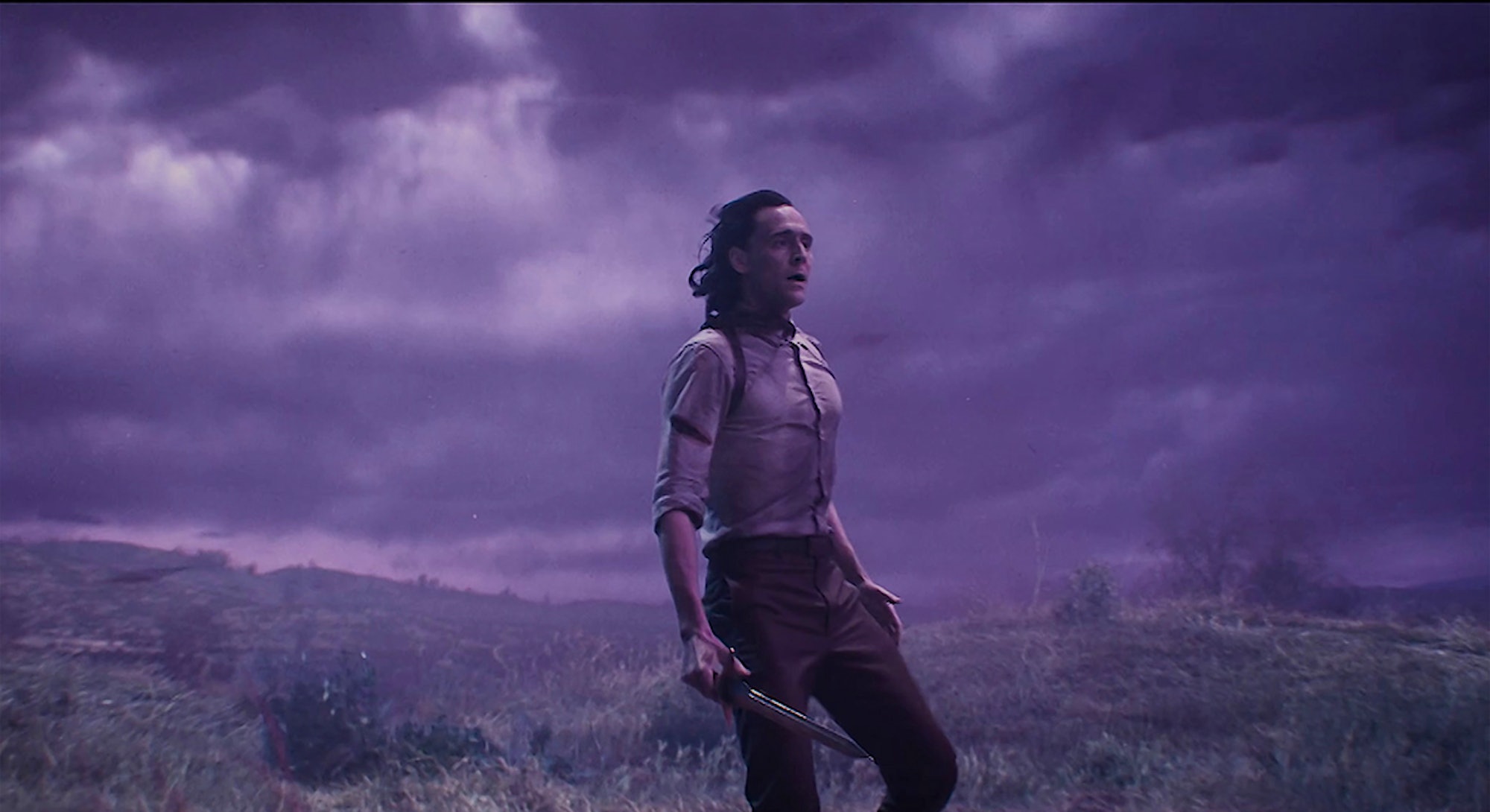 One of the many memorable scenes in Loki’s first episode is seeing Miss Minutes dance across the screen as she schools the infamous Trickster god on the rules of time and destiny.

The Time Variance Authority believes everyone’s destiny is predetermined and must be enforced. But amid all of the existential questions of fate versus free will and the scientific and mystical musings about the multiverse, there’s a thread that fights against this idea. Underneath the franchise-building and Easter eggs is a personal story about Loki that helps to define Phase 4 of the Marvel Cinematic Universe thematically.

From the real-world perspective of IP management, Disney+ shows are just Marvel Studios rebranding and repositioning their tentpole characters for future films. But as this franchise goes through major shifts and changes, the creatives behind these productions have a chance to take a magnifying glass to these characters in ways other franchises can’t.

And what better vehicle for self-examination in the MCU is there other than Loki, the most complex and frequent recurring villain in the saga?

As a show, Loki dissects the “frequent recurring villain” archetype. Why does he keep coming back? Why does he lose each time? Is he truly a villain? And can he escape his predetermined role? Through the familiar eyes of Loki, Phase 4 takes a big leap in storytelling to explore this new, self-reflective territory in the MCU.

“It’s funny, for someone born to rule, you sure do lose a lot,” Owen Wilson’s Mobius M. Mobius tells Loki in Episode 1. “You might even say it’s in your nature.”

Loki’s psyche gets an evaluation and total deconstruction in this sequence with Mobius. It’s an unusual scene, especially for the MCU. We rarely, if ever, see the characters talking openly about their narrative roles within the movies.

As Mobius presents Loki with an image of the Avengers uniting against him, Mobius says all Loki can ever provide is “pain and suffering and death, all so that others can achieve the best versions of themselves.” Early MCU Loki is essentially designed to be a heel, a villain meant to fail every time to advance the development of Thor and other heroes. To the powers that be, this is the role that Loki must be restricted to.

And as Loki finds and meets more variants of himself, all full of strife and stories of failure and betrayal, he realizes the cyclical nature of his existence. “Do you think that what makes a Loki a Loki is the fact that we’re destined to lose?” Sylvie asks Loki in what she thinks are their final moments on Lamentis in Episode 4.

Episode 5 then introduces viewers to the most well-worn and world-weary Loki: Richard E. Grant’s Classic Loki. “We lie, and we cheat, we cut the throats of every person who trusts us, and for what?” he asks before answering his own question. “Power. Glorious power. Glorious purpose. We cannot change. We’re broken, every version of us. Forever.”

Hearing this mindset from so many versions of himself leads Loki to go against his nature. Perhaps he isn’t a hero by the end of Season 1, but he is empathetic, determined, and thoughtful while trying to make a difference for the better. Many pieces of fiction explore characters breaking out of their traditional roles and proving establishments and authority figures wrong — Disney movies especially — but Loki showcases a long-form method of character development unique to the MCU thus far.

The MCU is changing in real-time

Every MCU entry taking place after Avengers: Endgame focuses on identity in some fashion, even if other leading characters went through radically different paths than Loki. But the result is the same: these characters all come out more defined and realized, even against all of the forces trying to put them in their place and keep them in their perceived roles.

In Spider-Man: Far From Home, Peter Parker questions his self-worth as a hero without Tony Stark at a time where public pressure to be “the next Iron Man” conflicts with his desires for a normal teenage life.

WandaVision has Wanda Maximoff coping with the loss of her life partner Vision while also dealing with her origin and her apparent true destiny as the “Scarlet Witch.”

The Falcon and the Winter Soldier has both main characters grappling with their very titles — how can Sam Wilson be Captain America and represent a country who treats him unfairly, and how should Bucky Barnes move on from his Winter Soldier past?

It certainly helps that the Disney+ shows have a miniseries format, allowing for more intimate looks at these characters. It would have been harder to fit WandaVision’s sitcom pastiches or Falcon’s montages where Bucky and Sam fix a boat into two-hour movies.

The MCU as a whole has often been compared to serialized television. To its advantage, the continuous nature of the franchise allows us to see character development in almost real-time.

We’ve come to the point where classic franchises are getting revivals and refreshes. Stories like the Star Wars sequel trilogy, the Jurassic World trilogy, and the upcoming Ghostbusters: Afterlife can approach the concepts of legacy and living up to the past (or making the same mistakes as generations past) as major themes. These give platforms for new characters to discover where they fit in a new era.

What makes the MCU distinct from these other attempts is the lack of a major gap between entries — like a longer television series, we can see the slow growth of recurring characters. Their starting points are so much fresher in our minds, and where they end up in the present becomes all the more powerful as a result.

WandaVision, The Falcon and The Winter Soldier, and Loki were essentially extended therapy sessions — quite literally so with Sam and Bucky during their actual therapy scenes. With all of the changes afoot in the MCU, these existing characters are finding their new place in the world.

The character of Loki turned out to be the perfect subject for this contemplative format. Because we’re so familiar with Loki and who we expect him to be, he has the most potential to redefine himself and self-actualize.

But as we’ve seen from the Loki Season 1 finale, another major difference with Loki compared to other Phase 4 protagonists is that his path towards finding his best self is still ongoing. After several episodes of looking inward and changing for the better, that new identity he was in the midst of forming was ripped away when we diverged from the timeline with a 2012 The Avengers era Loki instead.

For such a complex pseudo-former villain with so much baggage, this journey of self-identification is always more complicated. Whether he lands as a hero, villain, or something else entirely, he’ll have to convince the rest of the Marvel Cinematic Universe of his new identity and fight those preconceptions — probably while running amok and continuing to transform the MCU as a whole on the way.