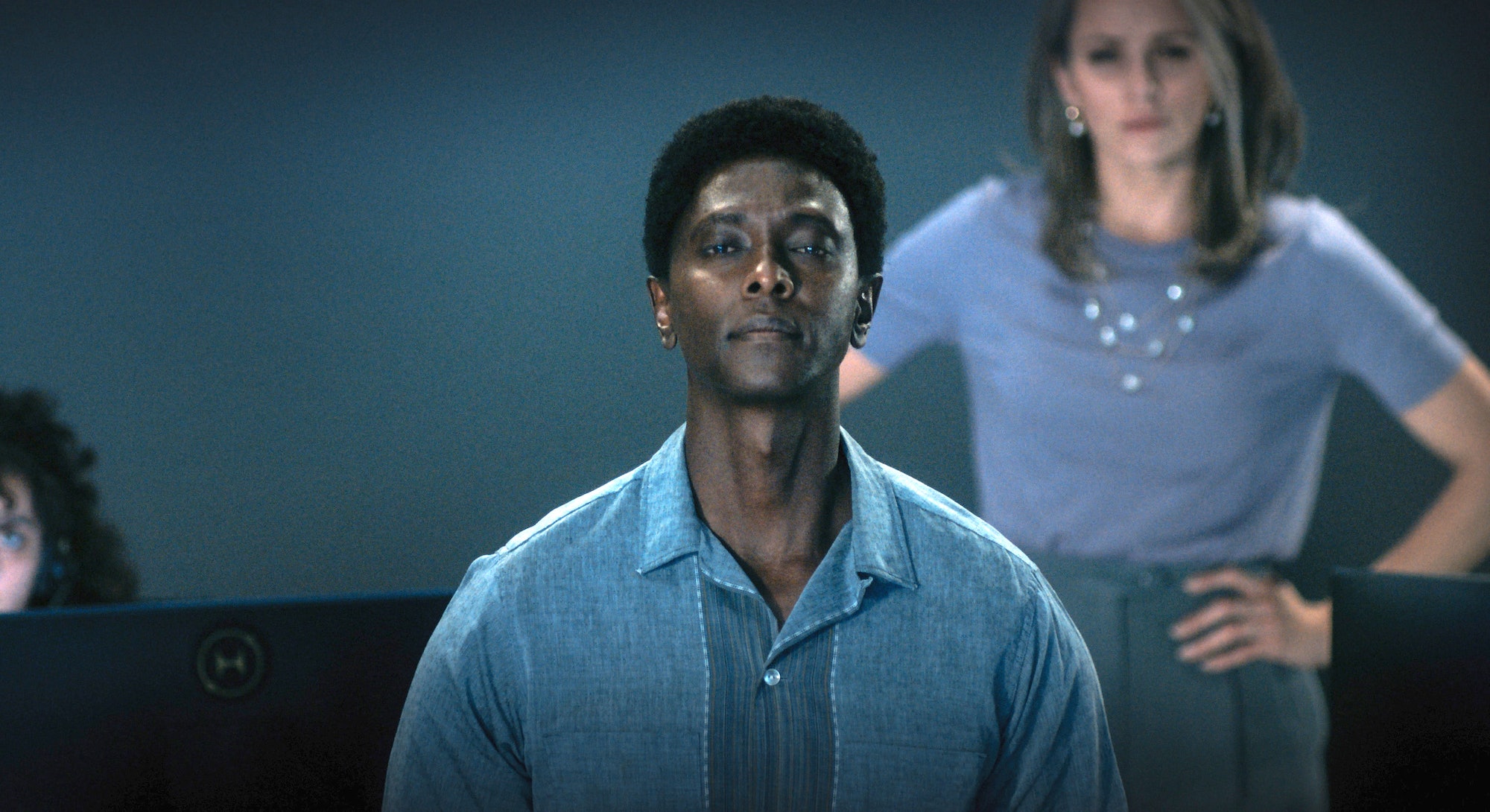 In an alternate 1994, Dev Ayesa changed the world.

In For All Mankind’s divergent timeline, as the founder and CEO of independent aerospace agency Helios, Ayesa (Edi Gathegi) pushes space tech forward without the resources of NASA or the government. Sounds like a bizarro Elon Musk in the ‘90s, right? Wrong. “It's not what it is,” Gathegi says of the Musk comparison. “And that's not how I play him.”

Ahead of the penultimate episode of For All Mankind Season 3, Inverse caught up with Gathegi, who filled us in on his character’s true motivations, what makes this sci-fi series so different, and what could be in store for his character in Season 4.

As we learn in For All Mankind Season 3, in this timeline, Dev “solves fusion,” which, in turn, creates clean energy for the United States. To be clear, this science fiction invention exists only in the backstory of Season 3. By the time we meet Dev, he’s already over it.

“It's about pushing the envelope.”

“That’s why you can’t compare him to anyone else,” Gathegi says. “He has already solved an energy crisis that our current [real] world is still going through. But now it's about the new frontier, the next frontier. It's about Mars, it's about what's after Mars, it's about pushing the envelope and creating a legacy.”

Gathegi jokes that he has to be “careful” about saying too much about other real-world tech moguls who share biographical details with Dev, mostly because “those guys have a lot of money.” But he does admit that the late Steve Jobs probably had more to do with how he connected with the character philosophically. “The way Jobs used to introduce Apple products year after year, the way he would build excitement through all the details,” Gathegi says. “I think that’s what Dev is doing when he gets a hotel that he’s going to convert into a spacecraft that can potentially get to Mars.”

In Episode 9 of For All Mankind Season 3, “Coming Home,” Dev locks horns with his no-nonsense colleague, Karen Baldwin (Shantel VanSanten), over the future of Helios and whether or not they’ll keep pushing to go back to Mars. Karen, meanwhile, is being asked to take over Helios from Dev, which Gathegi describes as “pure betrayal.” In some senses, it’s the unraveling of Dev’s bravado and over-confidence. And yet, Gathegi points out that the narrative strength of For All Mankind’s characters, including Dev, lies in their complexity.

“There are contradictions that run through everyone,” Gathegi says. “And our show puts that on display. You’ll have a character do something that is completely polarizing to the audience — a decision that one audience member might say is exactly the right way to be, and someone else will say about the same decision, ‘That's completely villainous.’ The show’s ability to do that with all these characters defines the show in many ways.”

At the beginning of the season, Dev is a villain, a usurper who is forcing a space race to happen quicker than it should — at least from the point of view of the NASA-loyal characters. To many of his employees, however, he’s a down-to-earth hero, someone who doesn’t believe in corner offices or traditional hierarchy. Then, when Dev collaborates with the Russians to find water on Mars but excludes NASA, he is single-minded again and appears to be egotistical.

Usually, however, the character takes what most would identify as the moral action. And by the time his board of directors is pushing him away from building new infrastructure on Mars, it suddenly feels like Dev had been right all along. In this way, while the character of Dev Ayesa may have some of the unlimited confidence of Elon Musk, he’s not overly corrupt and he doesn’t mix politics into his technological pushes.

“There are contradictions that run through everyone.”

“What this kind of role offers is an opportunity to continue your education,” Gathegi says of the brilliant character. “When people say ‘it’s not rocket science,’ they don’t mean characters like this. It’s always fun to play characters who know a lot more than you do. And to rise up to that challenge.”

There is a seven-season plan in place for the show, with each season jumping a decade. Though Season 3 marks Dev’s introduction to the show, it’s possible this is just the start of the character’s story.

“This show can tell stories about people’s entire lifetimes,” Gathegi hedges. “So, is Dev around in Season 4? I guess we’ll see.”

For All Mankind airs its season 3 finale on Friday, August 12 on Apple TV+.