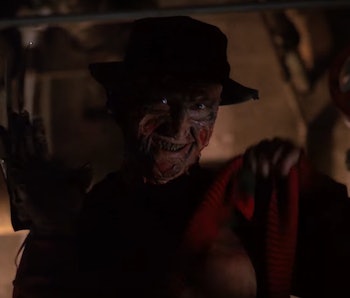 We haven’t seen much of Freddy Krueger since the ill-fated 2010 remake of A Nightmare on Elm Street. However, it looks like that might change sometime soon. Rumors of a sequel or reboot of the franchise have circulated for years based on scattered comments from directors, actors, and producers alike. With some recent rumblings surrounding a potential return to Elm Street circulating, let’s take a look at everything you need to know about the next installment of the Nightmare on Elm Street franchise.

Will the next Nightmare on Elm Street film be a sequel or reboot?

It’s hard to imagine there are many folks out there begging for a sequel to the 2010 relaunch of A Nightmare on Elm Street. Sure, there’s a world in which Jackie Earle Haley as Freddy Krueger works great, but this isn’t it. While that film banked a cool $115 million at the box office, talks of a direct sequel haven’t surfaced in the over ten years since the film was in theaters.

However, some 2019 comments from actor Elijah Wood imply the franchise could head in an exciting new direction. While the actor’s production company SpectreVision is in no way officially attached to a new Elm Street film (the franchise rights currently reside with late creator Wes Craven’s estate), they’ve been vocal about wanting to take a crack at it.

“It’s a real dream project for us to have a chance to make a film in that franchise,” Woods’ producing partner Daniel Noah said on the “Visitations with Elijah Wood & Daniel Noah” podcast. “Like I said, we have a very specific take on it. I think it would be very surprising and exciting to remake the franchise.”

“It’s also interesting to think about what could we do with a franchise like that, which reinvents itself or creates something that is playing with the tone and key of the franchise, but is doing it differently or taking it in a slightly new direction” Wood chimed in.

It sounds like if this SpectreVision Elm Street film were to happen, viewers would be in for a relatively unconventional take on the world of Freddy Krueger. Given how poorly the straightforward 2010 remake went over (and how great a track record SpectreVision has with iconoclastic horror films like Mandy and Daniel Isn’t Real), it’s hard to see that as a bad thing.

Who has the rights to Nightmare on Elm Street?

The reason why there’s been so much Elm Street talk lately is simple. In September 2019, rights for the franchise went back to Wes Craven’s estate. Since that fall, they have been taking pitches for a new film and a possible spinoff series on HBO Max.

Who would play Freddy?

There really is only one Freddy Krueger: It’s Robert Englund. The actor has played Freddy in all but one of his cinematic appearances, and it’s understandable fans may be averse to a new performer in the role. However, Englund said in 2019, after the announcement of the franchise rights changing hands, that his time as Freddy may be coming to an end.

“I’m not Freddy anymore, you guys. I could do one more, probably, if you shot me up with Vitamin C,” he told fans at a summer event. “Here’s the thing: I can’t do eight more, you guys. So we need a new actor that you guys believe in and trust and love that can go the distance.”

It seems that while it’s entirely possible for Englund to get an Elm Street swan song, the franchise will have to move forward to survive. Thankfully, it sounds like they’ll be doing so with his blessing.

As we pass a decade since the last Nightmare on Elm Street film, all is quiet as to any news of an upcoming movie. But if and when news shows up, we know that one, two, Freddy’s coming for you...

This article was originally published on November 5, 2019