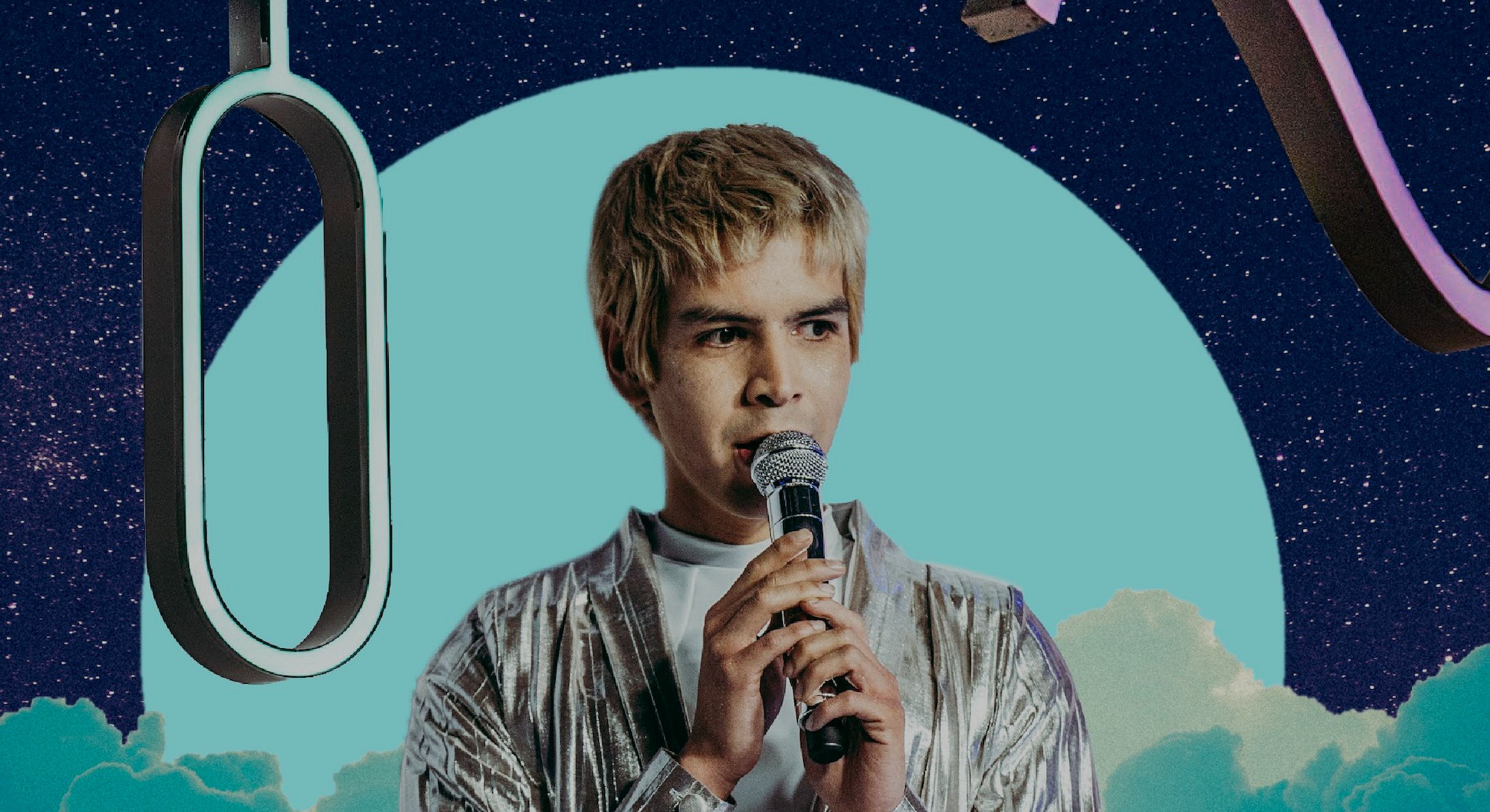 Julio Torres loves outer space, at least, in theory, he does.

The Saturday Night Live writer posts on Instagram under the username @spaceprincejulio. In 2018, he appeared in a segment on The Tonight Show where he named various aliens for NASA, and his HBO comedy special, My Favorite Shapes (Saturday, August 10, 10:30 p.m. Eastern), is a trippy exhibition of his various trinkets with a sci-fi backdrop (Torres wears a shiny silver suit onstage and begins the show by stepping through a CGI portal).

Also read: Julio Torres Has a Lot to Say, but Not a Lot of Time

Ever since I was a kid, I’ve always been kind of sad by the idea that I’ll maybe never leave Earth. This planet, it’s so small, it’s just oh-so-small. But space to me is also really fun as a concept.

Should humans go to space? Yes. Is it a waste of money? Maybe.

I hope we go to space because we want to. Not because we have to. Not because we ruined the planet to make plastic water bottles. In the future, I think people will live on other planets. We might need to leave Earth, what with climate change and everything else. I hope we don’t, but it’s not looking good.

I also wish we didn’t have to depend on tech billionaires to get to space. I feel like we should have a more humane focus, but the world is just so money-driven. That may be the only real solution. In the future, you’ll probably have to be a citizen of Amazon so you can go live on Jeff Bezos’ space yacht.

Or you’ll move to Elon Musk’s city on Mars. I wouldn’t want to live on Mars, but I’ll go visit. And when I’m dead, maybe my frozen body will be thrown in space. Perhaps.

Also read: Julio Torres Has a Lot to Say, but Not a Lot of Time

Julio Torres is a member of the Inverse Future 50.