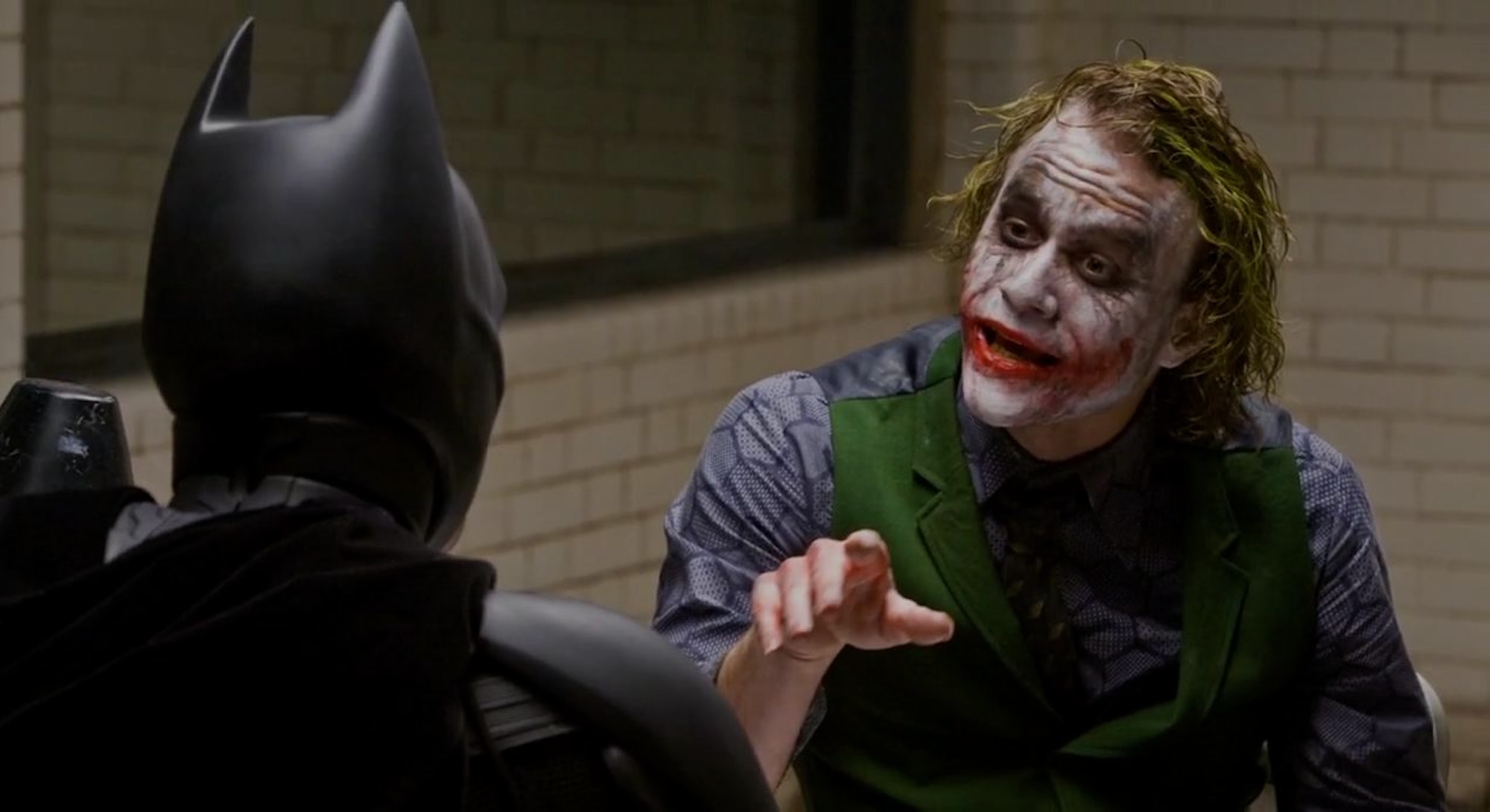 The Dark Knight doesn’t feel like a 10-year-old movie.

But The Dark Knight? Christopher Nolan’s superhero epic might as well have been released yesterday, or, at least, that’s what it feels like to watch this movie in 2018. Not only does The Dark Knight still have a ton of juice as an action thriller, the film’s fractured society, and iconic villain feel like a mirror of our present age.

The Dark Knight set box-office records and shattered the zeitgeist for plenty of reasons, but the chief one is that it’s just a great movie. It’s gorgeously shot (see above) with high stakes, a twisty script, and colossal action sequences that remain thrilling for their tactility and ambition (see below). But above all, The Dark Knight had the ultimate ace in the hole: Heath Ledger’s Joker.

Ledger’s depiction of the Joker is genius in that he appears very real — the visible scars, the gradually decaying make-up - and yet feels utterly alien. Immune to pain or fear, he comes from nowhere and seems devoted exclusively to anarchy. The Joker was scary back in 2008, but he’s even more terrifying today.

The Joker is referred to several times in the film as a terrorist, and that’s not incorrect on the face of it. He stages public displays of violence and threatens death if certain demands are not met. Indeed, some 2008 commentators saw The Dark Knight as a referendum on America’s post-9/11 conduct. Novelist Andrew Klavan penned a Wall Street Journal op-ed arguing that the film was “a paean of praise to the fortitude and moral courage that has been shown by George W. Bush in this time of terror” in reference to Batman’s repeated use of torture and eventual wiretapping of Gotham’s cell phones to defeat the Joker.

The merits of that hotly debated contention notwithstanding, the analysis compresses the Joker to a generic political terrorist, and that is not what The Joker is. The Joker does have goals, but they aren’t political. Instead, he wants to show the people of Gotham that their world is meaningless by manipulating Gotham’s institutions and figureheads into anarchy and madness.

Beyond destruction, the Joker has no wider goal or motivational grounding. There is no other society he wants to build, no group of underrepresented people he wants to protect. All he wants to do is show civilized society that their social order is a lie, and to delight at their dismay.

The Joker is a troll on steroids.

The Joker’s nihilism — his joy at offending the status quo and his drive to tear down a society’s shared myths — are infinitely more comprehensible in the age of the online troll. This is a guy who laughs the hardest in situations where institutions and expectations are failing people, like when an enraged Batman realizes the Joker can’t be beaten into submission. He loves showing people that they’re wrong. He lives for the moment when his victims realize it.

There are, admittedly, many subspecies of the online troll, but they all have in common the central element of offending the status quo for their own amusement. Trolls say things that provoke an emotional response by virtue of their sheer misanthropy. In this behavior, the Joker is already recognizable in two ways: First, in the deliberate transgression of social norms to provoke a response, and second, in the delight at other people’s horrified reactions.

The online troll existed long before The Dark Knight came out in 2008, but in the years since, this behavior has become far more visible. It isn’t merely the high-profile online harassment controversies like GamerGate, it’s that trolling as a practice seems to have increasing real-world relevance. Countless instances of abuse by organized ‘alt-right’ outlets enjoyed visibility during the 2016 election campaign. Figures like Milo Yiannopoulous openly refer to themselves as trolls, and Star Wars star Kelly Marie Tran recently left social media after months of coordinated social media abuse. In this context, the Joker feels less like an anomaly, and more like a herald.

Commentators in 2008 were correct, of course, to pick up on The Dark Knight’s commentary on deep-state surveillance (and frankly, these debates too have only grown more politically fraught and labyrinthine).

But in 2018, the Joker — who, let’s face it, was the star of the show from the very beginning — is by far the most strikingly familiar element of The Dark Knight. Nihilistic, goading, and intent merely on revealing our shared lies, the Joker’s mode of terror, and society’s flabbergasted, divided response to it, are far more comprehensible in 2018 than they were in 2008.