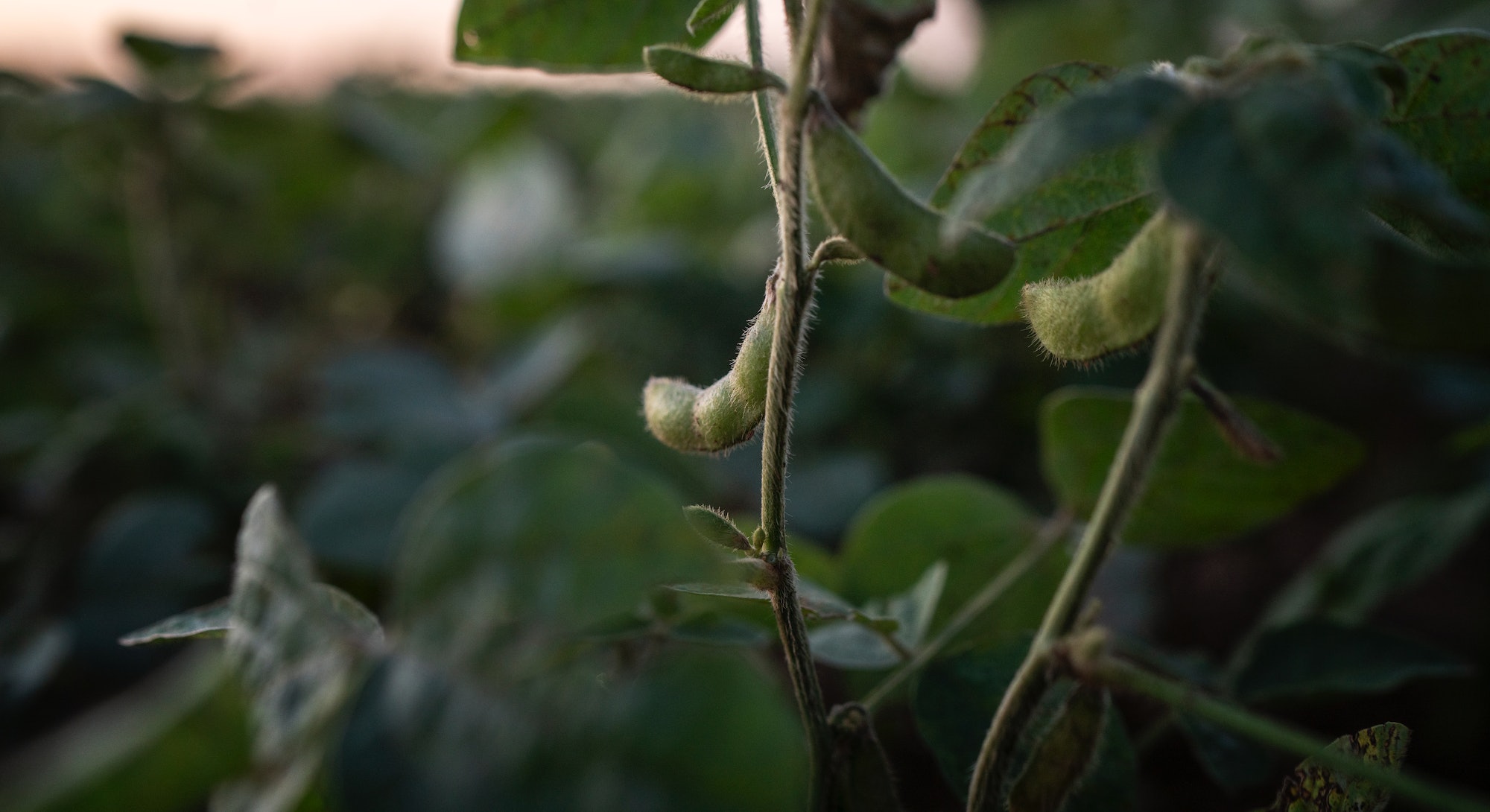 One evening in 2017, María Hilda collapsed. She was at home in Limo’y 2, a farming colony of around 100 families in Alto Paraná Department, 15 miles from the Paraná River, which acts as a floating border between Paraguay and Brazil.

Lying on her floor, Hilda could neither move nor talk.

“I wanted to scream but couldn’t,” the 55-year-old subsistence farmer recalls to Inverse. “My body simply refused to obey me. I’d never experienced chills like that before.”

Once she could move, Hilda sought medical attention at the local health center. Doctors said her symptoms resembled those that foreshadow a stroke. They prescribed some medication and sent her home. For people like Hilda in Paraguay who can’t afford private health insurance — which is most of the population — health care ends before it can truly change the course of someone’s long-term well-being.

“I’ve had no medical checkups since then,” Hilda says. “No analyzed blood samples, just the medication. If things get worse, only God knows what’ll happen.”

In landlocked Paraguay, farming offers a way out of poverty — at a cost. These are the stories of the people living at the frontlines of our global food supply chain. Read more.

Hilda’s poor health didn’t happen overnight. Instead, it crept up on her like a dark shadow. Like most subsistence farmers in Limo’y 2, she leads a life in constant motion: working in the fields, in the garden, and tending the cows, hens, horses, and pigs that keep her family alive. Her diet primarily consists of the crops her family grows. Yet the soil these same crops grow in may also be killing her.

“El Derrame,” or simply “The Stroke,” is the local name for a silent plague that now sweeps across Paraguay’s eastern countryside. But rather than the bubonic plague or Covid-19, patient zero is the soil itself, which has become infused with pesticides and other harmful chemicals.

Since the 1990s, eastern Paraguay has transformed into an enormous industrial playground where acres upon acres of mono-crop fields cultivate genetically modified maize, rice, and especially soybeans. Large amounts of pesticides have been poured into fertile lands by plantation owners, many of them Brazilians with influential ties to local Paraguayan politicians, resulting in an increased incidence of high blood pressure, congenital malformations, skin rashes, asthma, and allergies, as well as an increased mortality rate from cancer and cardiac arrests among the farmers.

“I’m a victim of ‘El Derrame’; it’s as simple as that,” says Hilda as she washes down her medication with a glass of tap water. She describes the sensation as falling apart from within. “I’m in constant pain.”

“This is part of my daily routine now and has been for five years,” Hilda says. “The same goes for most households around here. Most people take some form of medication against high blood pressure or high cholesterol — or, like me, both.”

Hilda recalls when, in the mid-1980s, Limo’y 2 became her new home. At the time, the colony was surrounded by rich forests, and their food was provided by Mother Nature.

“We had to machete ourselves through thick forests and marshes to get here,” she says. “The first time I spotted the faded light at the end of the clearing was like a light of hope.”

The farming colony is named Limo’y 2 ­­— meaning “Water of Lemon 2” in Guaraní, the official language in Paraguay besides Spanish. Every household got a share of the occupied land, 10 hectares each.

“Limo’y 2 is just an island surrounded by toxic fields.”

“Everything has changed since then,” says Lorenzo Espinola, Hilda’s husband. As we speak, he plows a lane of their farm lot for the coming cassava harvest. Cassava is a dietary staple. It is the third largest source of carbohydrates in the region after rice and maize.

Espinola, a 63-year-old farmer, stops to catch his breath against the plow. The Sun peeps through the clouds that hover low over what looks like a stunning vista.

“Just have a look around you: Limo’y 2 is just an island surrounded by toxic fields,” he says.

A light rain starts to fall as Espinola and Hilda stroll back to their garden for their afternoon tereré (an iced yerba mate beverage) under a sombrilla (a large shade tree). They walk along the edge of their land, which borders a vast soy field. An ant trail marks the thin line between their subsistence-style farming and industrial agriculture.

Paraguay has the highest land inequality in the world. Limo’y 2 was established during the last years of former dictator General Alfredo Stroessner’s brutal dominion. His regime went to great lengths to oppress, torture, and assassinate democracy advocates, including landless peasants and labor movements. But the dictator was not the only threat to the farmers’ way of life — Brazilian business also played a role.

“In many ways, things are worse today than during Stroessner’s regime,” says Espinola as he sips some tereré. “The arrival of GMO crops, all the pesticides that have polluted our wells and our lands — now the destruction isn’t merely political and economic, it’s also ecological.”

“Their decisions to sell their land cursed us all with pesticides for GMO crops.”

Brazil’s stake in Paraguay’s land policy was cemented at the end of the “War of the Triple Alliance” in 1870, in which Paraguay lost substantial swaths of territory to Brazil and Argentina. Two-thirds of Paraguay’s population died either on the battlefield or due to starvation — among them, 90 percent of all adult men. To pay its substantial war debt, Paraguay sold large tracts of land to foreigners, mainly Brazilians, who today control at least 14 percent of Paraguay’s total lands.

“When Limo’y 2 was established, all families swore a blood oath never to sell any land to Brazilian capitalists or people within Paraguay’s expanding agribusiness industry,” says Hilda.

But the Brazilian capital, nevertheless, arrived in Limo’y 2 in 2002. Farmers were offered large sums of money and a way out of poverty. Some families took the money and left for the hills.

“Their decisions to sell their land cursed us all with pesticides for GMO crops,” Hilda says, referencing the soy. “The arrival of soy changed everything.”

Hilda recalls how the fields were sprayed with pesticides and the earth reeked like a decaying corpse. Soon after the spraying started, Limo’y 2’s community started to experience health issues.

“It was vomiting, diarrhea, headaches,” says Espinola. These are the side effects “included when you’re a neighbor to soy.”

Brazilian investment in Paraguay transformed the landlocked South American nation into one of the planet’s leading soy producers. In 2004 and 2012, respectively, Paraguayan authorities sought to boost yield even further by approving the use of genetically modified variants of cotton, maize, rice, and soybeans in farming.

To Hilda and Espinola, the arrival of Brazilian soybean producers in their area and the subsequent degradation of the soil, poisoning of the wells, and the eventual job cuts formed a festering wound in their community that will never fully heal.

“The blood oath was to protect our lands,” says Hilda, and she sighs. “In remembrance of our fallen brothers and sisters who fought and died for equal land distribution in Paraguay. To sell or lease your land to the GMO industry is the same as spitting on the very ideas our community is based on.”

I ask Hilda and Espinola if they, or any other family in Limo’y 2, have ever met anyone from the Paraguayan Health Department or the Ministry of Agriculture.

“No one has ever shown any interest in us,” they answer in unison.

“The blood oath was to protect our lands.”

To them, no one among the upper echelons of Paraguay’s political food chain can know what goes through their minds as fertilizing planes descend low to spray the soy fields. None of them has any personal experience of vomiting, nausea, breathing problems, or allergy symptoms that follow the pesticides.

“If someone from any Paraguayan authority would ever come here, it would be to remind us that Limo’y 2 is occupied land and then evict us,” says Espinola.

The rain starts to push through the greenery. The plants, seeds, and branches are all remnants of “Mata Atlântica,” or the Atlantic Forest, a collection of vast and unique tropical ecosystems that covered the Brazilian coastline and the entire east of Paraguay.

“One thing we do know,” says Hilda, “is that Paraguay’s future stands or falls with the state’s love affair with GMO soy.”

This is part three in a three-part series: Landlocked.