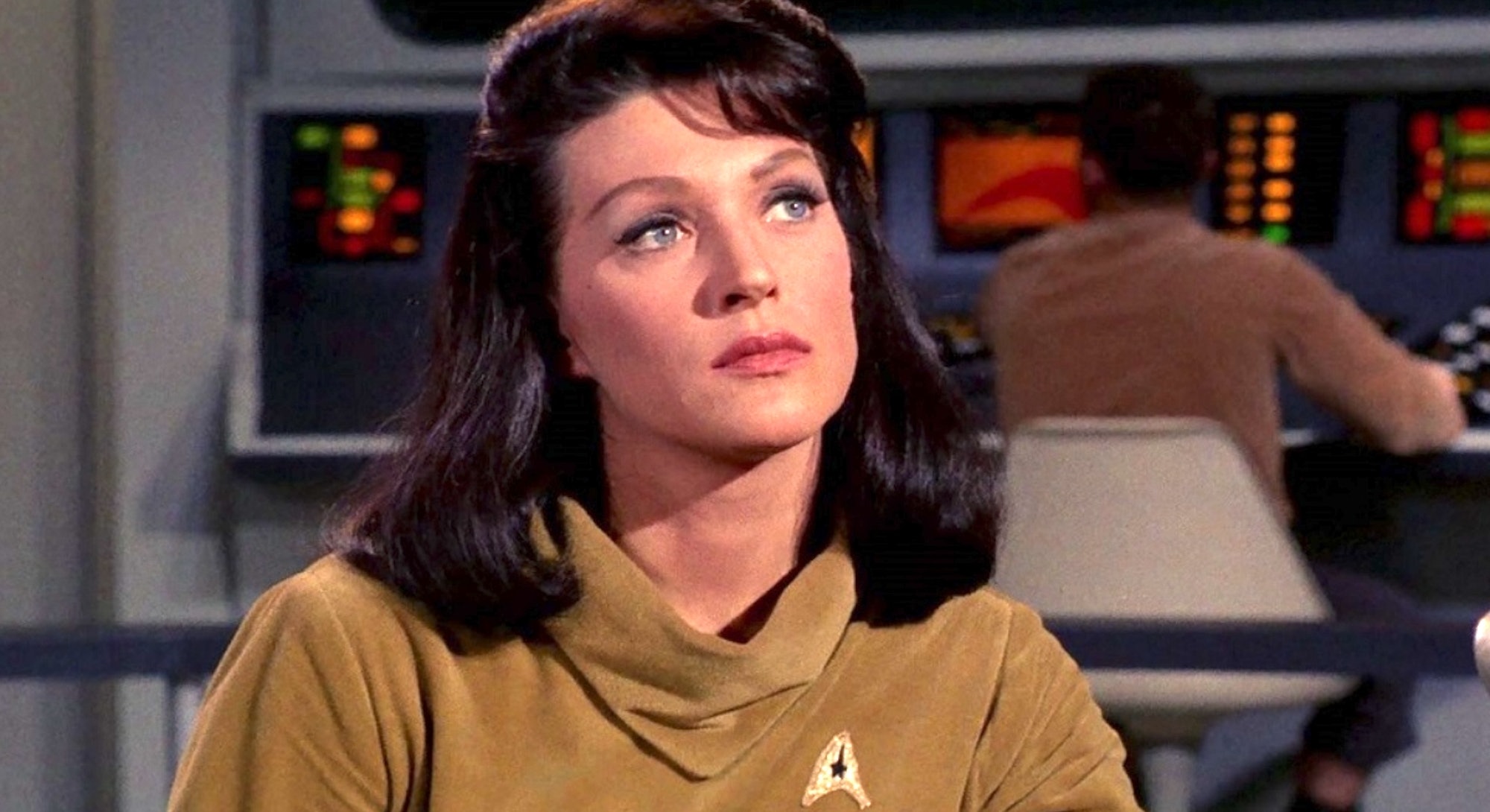 Most people don’t know that my mother — “The First Lady of Star Trek” — loved horror movies.

When I was a very young kid in the ‘70s, my mom, Majel Barrett Roddenberry, took me to see the movies American Werewolf in London and Amityville Horror. She also loved the camp and horror of TV shows like Elvira because they were so over the top.

As I explained in my documentary, Trek Nation, I didn’t grow up a Star Trek fan, despite the fact that my father created it. I was way more into Star Wars as a child. My father, Gene Roddenberry, didn’t often come to the movies with me and my mom. He was a good, present father, don’t get me wrong. I know he saw Star Wars and was supportive of it and complementary of George Lucas, but I don’t have a memory of my father taking me to see it. Watching movies was an experience I shared with my mom. She was the person next to me as I was guided into the possibilities of other worlds.

Today, I’m equally a fan of both Star Trek and Star Wars (I really love The Mandalorian), But again, my love of Star Wars comes from my mom, who took me to see the first film in 1977, when I was just 4-years-old. She did things like that a lot, and not just as a mother. She often bridged the gap between different fandom cultures. My mother cultivated all sorts of interest in science fiction, horror, and fantasy, and in spite of — or perhaps because of — her close association with Star Trek, she kept an open mind and an open heart about all sorts of things happening in the genre.

In 1996, she guest-starred in an episode of Babylon 5, a series that some fans felt was in direct competition with Star Trek: Deep Space Nine. Imagine that! It’s almost impossible to think of someone doing something like that today; to attempt to bridge two fandoms with an open-hearted act of generosity.

But that was my mother. She was a pillar of the science fiction community and treated the cast of The Next Generation — especially Marina Sirtis, who played her daughter on the show — like family. When she came on set, not just the cast, but the crew and everyone sort of felt like mom was there. Royalty is too flamboyant of a term. She was a true den mother. This was the woman who was taking on the mantle. She is the protector. And they were right. She protected my father’s image and reputation up until his death and beyond that, up until her own.

“Today, I’m equally a fan of both Star Trek and Star Wars.”

When Star Trek fans think of Majel Barrett Roddenberry, they might think of her many characters. Nurse Chapel. Lwaxana Troi. Number One. Hell, if you’re re-watching the 1973 Westworld, you might recognize her as the robot madame running the saloon. All of these roles are different, and all of them are over-the-top. She had an over-the-top acting style, full of camp, which is why she was so good as Lwaxana, a role utterly created for her and pretty much the embodiment of her actual personality.

My mother was a versatile actress, capable of several different kinds of roles. But the one role that gets forgotten is that of a poignant speaker and lecturer.

All families have dysfunction, and mine is no different. Unfortunately, when my father passed away, there were lawsuits. People contested the will and those sorts of things. The family accounts were briefly frozen through these legal proceedings. We weren't living in squalor on the streets or anything like that, but bills needed to be paid. And so my mother stepped up.

In the ‘70s, after The Original Series was canceled, my father made a partial living lecturing at colleges, talking about the ideals and dreams of Star Trek. And when he died, my mother took out all of his old speeches and rewrote them so she could give them. And in that way, she paid our family's bills. She paid for my college because she had the grace and intelligence to improve upon my dad’s old speeches about Star Trek and his dreams for the future. She wasn't some helpless producer's wife who couldn't manage things on her own. She not only took care of herself, but all of Star Trek, and her son, too.

“She always gave me the impression [Star Trek] would last forever.”

These are things about my mother that people will never truly understand that I’m just beginning to grasp myself. She was a champion for women’s rights and a voice for representation across all the versions of Star Trek that she worked on. But when it was just us, we rarely talked about Star Trek. It wasn’t that I didn’t want to, it was just a topic we didn’t discuss.

My mother passed away slightly before the 2009 J.J. Abrams film was released, which featured her final performance as the voice of the Enterprise’s computer. Again, we almost never spoke about the Final Frontier. It was almost like I didn’t need to ask. But, occasionally, when I did ask her about what she thought would happen to Star Trek, she always gave me the impression that it would last forever. The question is, could it have survived all of those years without her? Just like my mom lifted herself up by her Starfleet bootstraps to save her family, she also lifted the entire franchise. For all the generations of Star Trek fans, and the generations yet to come, all of us are still living in a world that my mother cared about, and kept safe.

Rod Roddenberry is the son of Gene Roddenberry and Majel Barrett Roddenberry. He’s also an executive producer on all current Star Trek TV series, including “Discovery”, “Lower Decks,” and “Strange New Worlds.” Starting in March 2022, Majel (aka, “The First Lady of Star Trek”) was honored as part of an exhibit focused on her husband at the San Diego Comic-Con Museum.

To commemorate this moment, Rod Roddenberry took time to reflect on who his mother was, from a very personal point of view. This is his story, as told to Inverse writer Ryan Britt.