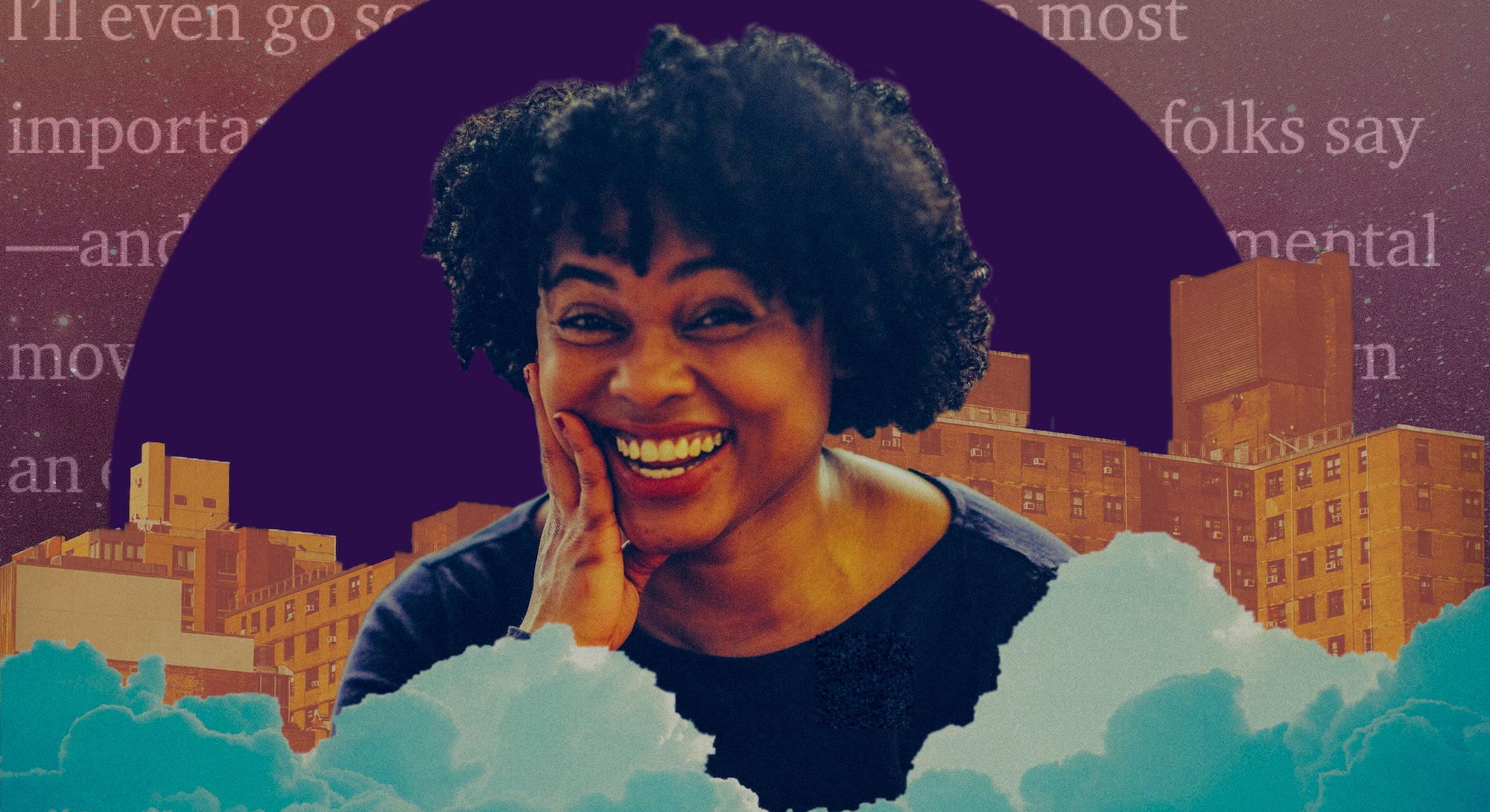 We don’t know how to talk about climate change.

Sure, we try. We tread through a battlefield of technical, clinical jargon. Boobytrapped with too many syllables and jolted acronyms. But it’s anything but clinical. What we’re living through is deeply, deeply personal. And emotional. It’s heartbreakingly human.

Climate change means watching not just your childhood home, but your ancestral home, surrender to the sea. It’s being sold on an open slave market because drought sucked your homeland dry. It’s a ticking clock until your tap runs dry.

It’s watching everything you planned for light up in fantastic flames right in front of you, all the dreams you were supposed to dream: buying a house, raising a family, planning for retirement.

This isn’t some distant, dystopian future. This isn’t “somewhere else” (and even if it were, that’s no excuse not to care). This is here and now.

See also: Mary Annaïse Heglar Needs You to Give a Shit About Fighting Climate Change

It’s no accident that the map of climate change’s worst wrath to date looks like a colonizer’s playground. Because that’s what it is. And it’s also no accident that when it does play out in more “affluent” countries, it finds its way to communities of color with all the precision of a heat-seeking missile — that’s a feature, not a bug.

We don’t have to sit idly by and watch our future burn. We are not powerless. “You write in order to change the world,” James Baldwin said. “The world changes according to the way people see it, and if you alter, even by a millimeter, the way a person looks or people look at reality, then you can change it.”

You can’t change what you can’t describe. And you certainly can’t fight it.

I have been writing since I could hold a crayon. I’ve worked an entire career in communications and storytelling. For the past five years, I’ve edited and produced policy reports at the Natural Resources Defense Council, one of the top environmental advocacy organizations. I speak fluent wonkese.

But I don’t want to deal in data anymore. I want to work in millimeters. I want to move beyond the projections and into empathy. I want to coax and cajole the English language — with all its inadequacies, all its flaws, all the blood at its mouth — into the liberating language that we desperately need. I want to tame the tongue that taunted and tortured my ancestors, to bend it over my lap and to my will.

I want to change the narrative around our climate crisis, to make it more intersectional, more emotional. More inclusive. I want to break it apart, remove the lies and the half-truths, add in the missing parts, name the unnamed, make the implicit explicit. I want to make it so that people of color see themselves in it — because we’ve always been in it. At its center, even. In other words, I want to make it whole.

I don’t want a fact-finding mission. I want a truth-telling movement.

As a lifelong lover of language, I will never believe that “words fail us.” I believe we fail to find the words. And if we don’t have the words, let’s create them. As an avid daydreamer, I will never lose faith in the power of the human imagination. If we can drill deep into the rocks beneath us for coal and oil, there’s no reason we can’t reach even deeper into ourselves to pull out the language to name our crisis.

Some people may think that writing is just words. That it’s not activism, and maybe it isn’t. But I know that words can heal as much as they can wound. Crafted and banded together, they can form an army. They can rise and retreat like waves on the sea. To have the words to name your crisis, to indict your oppressor, is power. It’s exactly what we need if we are to have any hope of winning.

And we have to win. Everything — literally everything — depends on it.

See also: Mary Annaïse Heglar Needs You to Give a Shit About Fighting Climate Change

Mary Annaïse Heglar is a member of the Inverse Future 50. You really ought to follow her on Twitter: @MaryHeglar.