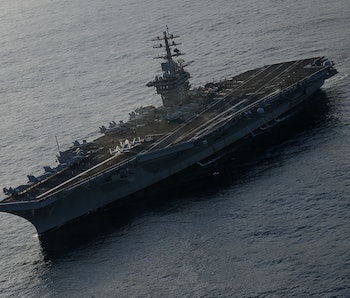 China is building its second aircraft carrier and it swears this time the tech is going to be 100 percent pure People’s Republic.

The country is in the middle of a major military buildup but has been accused of basing its new designs on stolen technology. China’s air force has a few planes especially familiar to Lockheed Martin’s F-35 and Northrop Grumman’s X-47B unmanned combat air vehicle, with some of the designs likely stolen by cyber spies. Military analysts are keeping watch on companies like IBM that do big business with both the army and in China and which might be unwittingly providing Chinese hackers a backdoor into U.S. tech secrets.