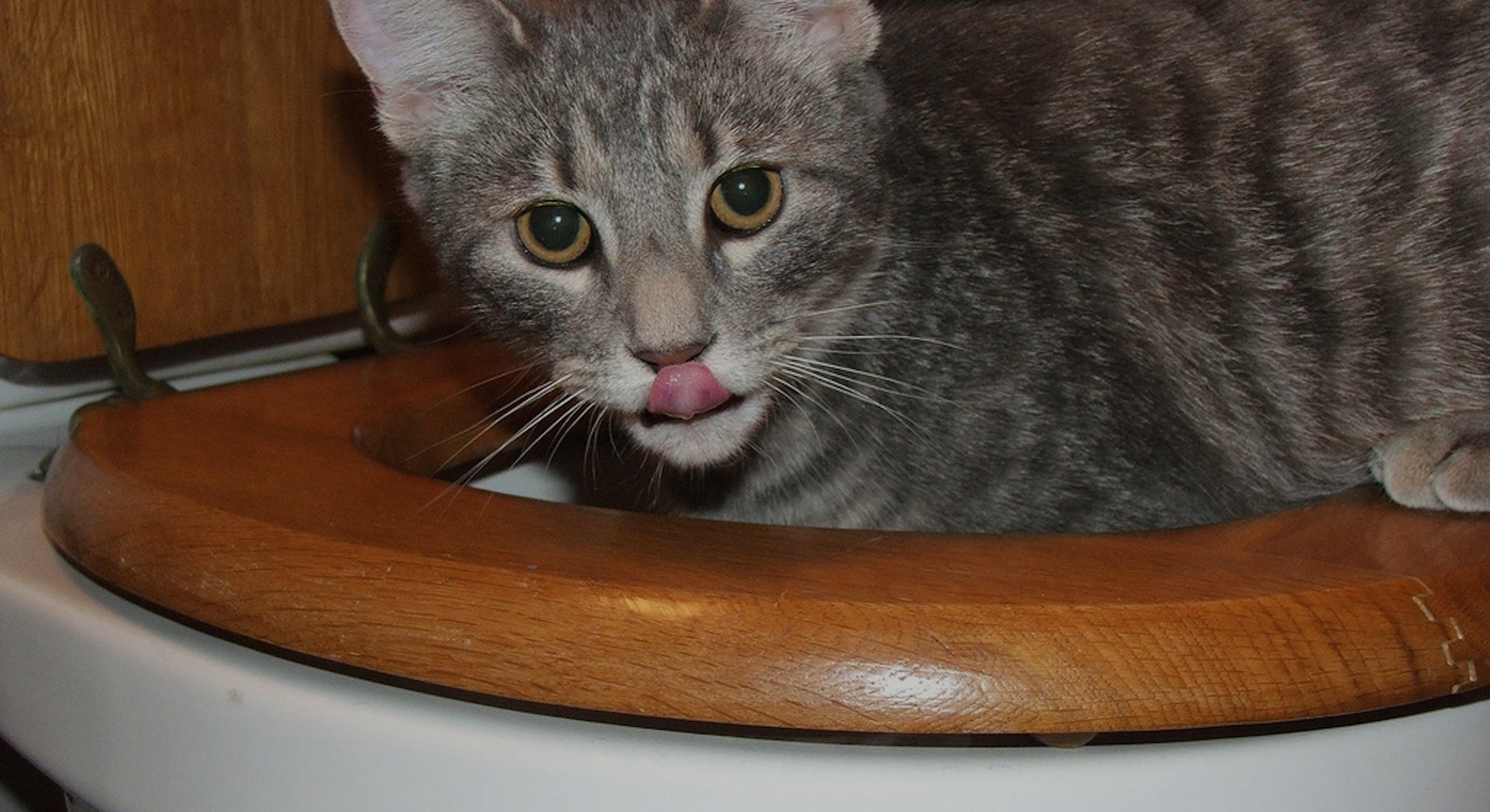 The slim CitiKitty package contains more than just a plastic insert you slip over the toilet seat and fill with litter. It is brimming with promise: Save thousands on cat litter! Reenact scenes from your fourth-favorite Ben Stiller movie! Travel to exotic locales without leaving your beloved puss in the hands of incompetents! Can’t travel to that fancy hotel because there’s no box for Buttons to shit in? Hahaha, no, nothing so gauche will ever happen again — the CitKitty-trained cat poops in the crapper like people, you see.

Except, like all fantasies, this one doesn’t hold weight — in this case, no more than the heft of a steaming cat log. After two months of litter crust in the bathroom, a poop on the floor, and one instance of feline bed-wetting, we’re forced to declare the CitiKitty experiment a grand failure.

This hero’s journey gets off to a deceptively easy start, as the solid plastic insert essentially transcribes the litter box to the top of the toilet. At this stage, it’s elimination as usual, except circumscribed within a porcelain seat. The fun begins when you start slicing concentric rings out of the plastic floor. It’s toilet training by increments, revealing more and more of the water below. Turns out that toilet training a cat is akin to boiling a frog. Drop a frog into roiling water and it will jump out; but slowly crank up the heat — soup’s on.

Until this point, CitiKitty has been little more than an exercise in patience and vacuuming cat litter crumbs off the bathroom floor. And then you cut out the insert just the size of a cat’s head.

The average land-dwelling vertebrate avoids pooping where it drinks, and cats are no exception. There’s a weird glitch with cats in that peeing through the CitiKitty is fine — but poop, as a hoary and protracted Amazon forum discussion notes, is the feline mind-killer. Is it possible to solve the poop paradox? Amazon reviewer AL 66 claims to have done so, cryptically referring to an “idea” he has to solve all of CitiKitty’s issues. “I am trying to get a hold of the inventor, Rebecca,” AL 66 wrote in September 2011. Those looking for details about the solution, however, will be disappointed. “I don’t want the idea to be stolen.” Which, fair. The thread devolves into theories about the moisture levels of cat noses and whether aluminum foil can deter cats peeing on the floor and muscle strains during feline urination, so perhaps we will never know.

If you ask a cat behavior specialist, and we did, the issue isn’t one to be solved. It’s just evolutionary history. “Based on their natural history (descended from Middle Eastern wildcats), their instinct is to eliminate in a sandy substrate and cover their waste,” says Mikel Delgado, an expert in feline cognition and a psychology Ph.D. student at the University of California, Berkeley. “I do not recommend toilet training for cats.”

The more unusual the pooping environment is, the greater the chance of cats getting stressed and looking to relieve themselves elsewhere. “We should not expect cats to eliminate like we do! Toilet training does force cats to use some unnatural postures, and could be particularly difficult for elderly or arthritic cats,” Delgado says. Her recommendations for the litterbox are decidedly low tech. “No litter robots, nothing fancy.” Opt for a big, uncovered box with litter as close to clumpy, unscented sand as you can get. “Most high-tech litterbox products are made to meet the desires of humans, not the needs of cats,” she says. A cat with sand beneath its cheeks, then, seems happiest.

Frankly, to let squatty potty proselytizers proselytize, regular sit toilets aren’t that great for human guts. Though if we want to poop wrong, that’s our decision to make — we shouldn’t ask our cats to do the same.