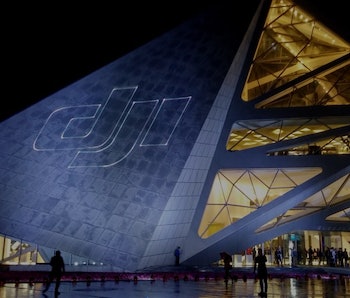 DJI, the first billion-dollar drone manufacturer and seller, decided to construct a flagship venue where enthusiasts could come to learn about drones, see them in action, and pick up one of the company’s signature models.

Only the professionals will actually be flying drones in the flagship DJI store, but it’s definitely an interesting new model for bringing the technology to a wider audience. It’s not hard to imagine a first-timer being intimated by the futuristic flying machines but coming to see them up close at a store like this one and deciding to go for it.

The opening drew packed crowds attending drone demonstrations, lining up to make purchases and taking ‘dronies,’ essentially selfies taken from above with a drone.

DJI is offering its full selection of iconic drones from the store, most notably the Phantom 3 series but also the the Guidance, Inspire 1, Matrice 100, and Spreading Wings series as well.

This holiday season is definitely shaping up to be all about drones.

And with DJI laying down roots, it’s clear that drones are here to stay.