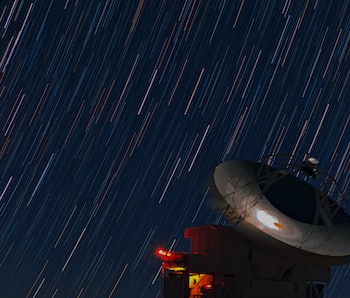 Everyone loves an astronomer, but not all astronomers are loved equally. Where some stargazers labor in academic secrecy, others capture the public’s imagination — and sometimes public funding. Assessing who’s making waves in the field can therefore be difficult, a matter of balancing science and influence. Inverse’s Astronomer Power Rankings are a not-quite scientific attempt to do just that.

Here are this year’s stars.

Outlook: Every time it seems like Hawking has just moved past his prime and is entering the twilight of his stories career, he bounces back with an amazing showing that reminds why he’s been a superstar for all these years. He did a reddit AMA earlier this year. He launched a $100 million hunt for aliens, because why not? He pitched a theory detailing how to escape a black hole (well, a part of you, anyway). His single flaw is that he still plays as an astrophysicist and hasn’t made the complete move to the astronomer position. Doesn’t even matter — he’s outshining all his peers anyway.

Outlook: Kirshner’s no freshman — he’s been around this game for a while, hitting on some important things about supernovas. But most importantly and quite recently, however, have been his contributions with regards to the accelerated expansion of the universe, and how this implies the existence of dark energy. It was enough to persuade others to award him the 2015 Wolf Prize for Physics. Kirshner is having something of a resurgence, and it would be wise to pay close attention to his plans to take advantage of his newfound stardom.

Outlook: Shostak’s recent win of the 2015 Carl Sagan Prize for Science Popularization proves that the head of the SETI Institute is still relevant and still matters. Research into intelligent life has never been more exciting! Everyone got pretty stoked over the face that we might have just stumbled on megastructures built by aliens (later debunked, but still). There’s just one big problem — even with a storied career, Shostak still doesn’t have his signature accomplishment that would send him into the Astronomer Hall of Fame: finding signs of intelligent extraterrestrial life!

Outlook: Mainzer is a younger person than most others in these power rankings, but don’t let that fool you for one second — she’s already taken over as the Principal Investigator for NASA’s NEOWISE project to study minor planets within outside the solar system. She’s the go-to person for any chatter about how to classify and study any new big objects flying around the solar system, and has recently taken a special interest in hunting for new asteroids. She’s still new, but her star is definitely rising.

Outlook: Fans are going disagree strongly with the committee’s choice on this one — pointing out NdGT’s incredible good win/loss record, but in the opinion of the committee, this is a classic case of a mediocre team simply plowing through a weak schedule. What else do you expect when you have someone with a popular podcast that doubles as a TV show, another TV show airing on primetime television (Cosmos), and major appearances just about every week or so? Don’t let the media coverage fool you — Tyson hasn’t accomplished a major work of science in…well, forever!

Outlook: The UCLA astronomer has played an integral role thus far in helping us to understand Sagittarius A — the supermassive black hole that sits at the center of the Milky Way. Unfortunately, her last big finding was way back in 2014, when she and her colleagues discovered that a massive cloud survived its approach to Sagittarius A. Ghez has yet to improve upon that big achievement with something else. She certainly isn’t falling behind, but others around her have certainly picked up their space game.

Outlook: As one of the leading experts on Einstein’s general theory of relativity, Thorne is a powerful player in this field. Unfortunately, he made the mistake of signing on with Christopher Nolan to help out with the 2014 film Interstellar, and he hasn’t really recovered to find his previous mojo. A bigger public stage hasn’t worked out as well as many hoped.

Outlook: Smoot’s scientific work has been pivotal in learning more about cosmic background radiation. But really, the man is shaping up to perhaps dethrone NdGT as the reining public figure for astronomers, with media appearances in The Big Bang Theory and winning a million dollars on Are You Smarter Than a 5th Grader?. But his biggest work has been an acoustic musical collaboration with Grateful Dead drummer Mickey Hart, Rhythms of the Universe. So why is he trending down? Simple: he hasn’t done enough science as of late!

Outlook: This was the guy that demoted Pluto from planet to dwarf planet. The world will never forgive him — no matter how scientifically sound that move was.

More like this
Science
8.9.2022 3:00 PM
Aliens could move entire planets to send a math-based code to other civilizations
By Kiona Smith
Gaming
8.18.2022 12:00 PM
Ikumi Nakamura won E3. Now she wants to fix the games industry
By Jen Glennon
Innovation
8.15.2022 1:33 AM
47 popular home upgrades people are making that are under $35 on Amazon
By Christina X. Wood
Related Tags
Share: