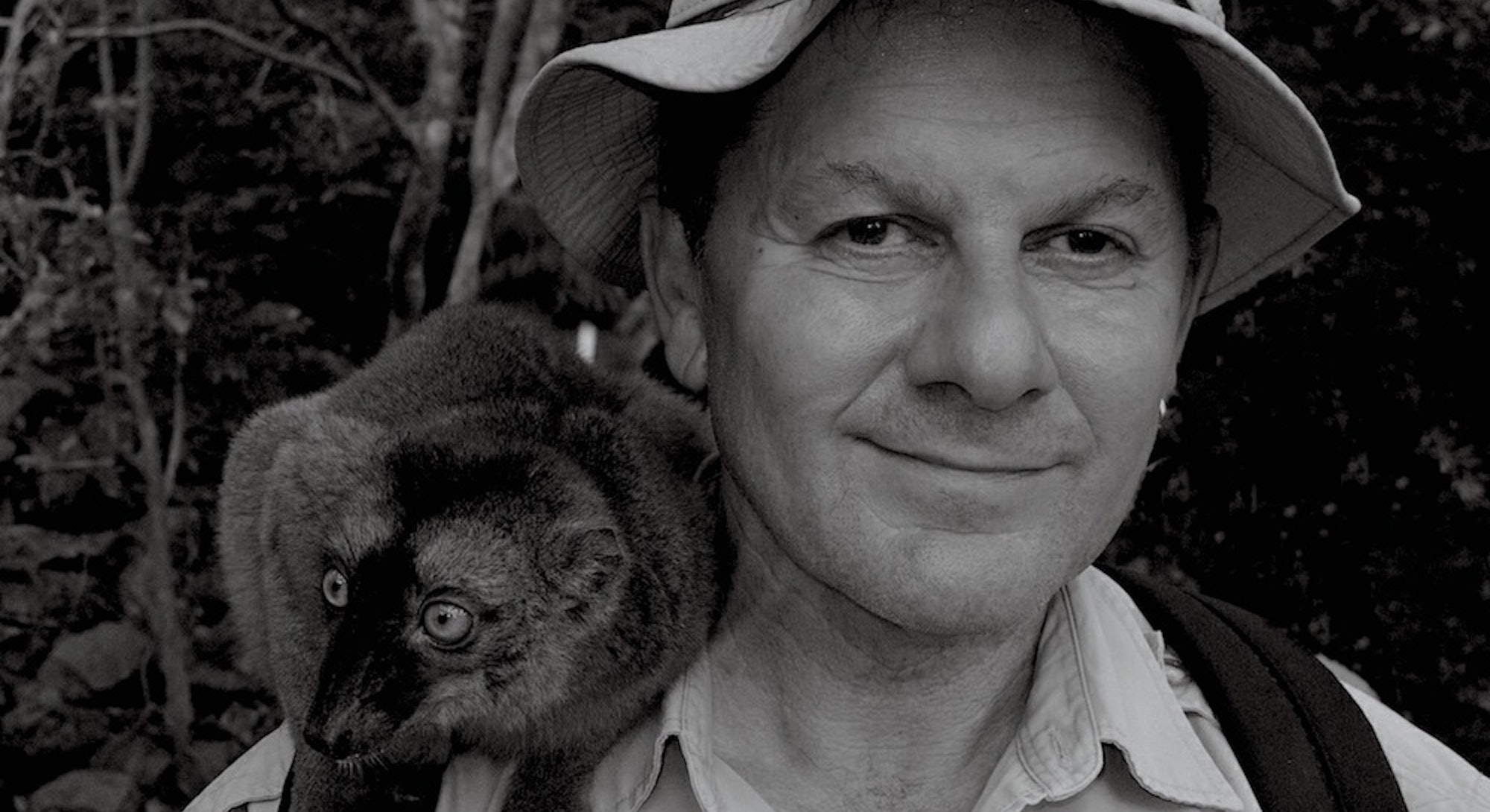 How do you take a movie designed to blow millions of minds and put it down on paper without losing something in translation? You go in with a strategy. Alan Dean Foster, whose Star Wars: The Force Awakens novelization hits shelves January 5, has a few. Not only is Foster responsible for the novelization of Alien, Transformers, Chronicles of Riddick, and the new Star Trek, he’s also the guy who wrote the first Star Wars novelization in 1977 and Splinter of the Mind’s Eye, an unintentional, but excellent literary spin-off.

Inverse spoke with Foster about what it’s like to return to and reshape the Star Wars universe, and how to make a story meant for the screenplay on paper.

Do you remember your first impressions of the world of Star Wars?

It was like, ‘This is not A.E. van Vogt, this is not Childhood’s End.’ This was coming from a lot of great stuff like Astounding Stories that I had grown up reading, but that I had never seen on-screen. I read the script and I thought this is great stuff, they’re never going to get this on the screen, but I’ll do the best possible job with the book as I can. Of course they did get it all on screen.

After the novelization of the first movie, you wrote Splinter of the Mind’s Eye. Did you have any idea of that particular book’s impact on what would become the Expanded Universe?

When you’re there at the time you’re not aware of what the future ramifications are going to be. Nobody really is. Even science fiction writers aren’t. So it was just: There would be this sequel book that would be designed to be filmed on a low budget. That’s where George wanted to go, but things didn’t go that way after the success of the first film. I was basically writing my own Star Wars story as a spin-off and having fun doing that.

The story of Star Wars evolved in George’s mind as the films were made. There weren’t six screenplays sitting around ready to put into production.

You’ve had a hand in many recognizable sci-fi franchises, including Star Wars and Star Trek. What’s it like approaching franchises with huge mythologies?

It’s always separate. When I’m doing a novelization aside from my own original work I completely immerse myself in that world and everything else gets blocked out. I never think, for example, when I’m working on page 230 of chapter 15, that this character might bear some relationship to a character in Star Wars or Alien. It’s pretty much the same approach a 14-year-old boy takes when he goes into a theater to watch a film. He’s not thinking whether or not the main character resembles somebody in another film he’s seen. He might think about it afterwards, but when he’s watching and enjoying the film he immerses himself in the film. That’s what I do when I’m writing a novelization.

What would you say to skeptics to sell them on novelizations?

A novelization is much harder to write than a screenplay. When a couple of screenwriters take a best-selling novel and write a screenplay from it and it wins a couple Academy Awards, everybody says that’s great writing. But when you take a screenplay and turn it into a novel, it’s a much more difficult task because there’s much more writing involved and much more character development and scene development.

Some people say it’s hack work. I say the writing stands on its own.

Do you worry about people associating your name with novelizations instead of your original sci-fi novels?

I’m much prouder of my original material than I would be of anything based on somebody else’s material — just like if I built a house with my own hands, I’d be much prouder of the finished product than if I got a contractor and all I did was paint it. Still, that doesn’t mean I’m not proud of the novelizations or shun them or regard them as something I didn’t put my best work into.

Do you think there’s a particular reason why filmmakers behind movies like Star Trek, Star Wars, Alien, and others come to you to do novelizations in particular?

I’d like to think it’s because I don’t mess with their work. I respect the source material. That’s all you have to do. Somebody put their heart and soul into this and now they’re giving it to you for a makeover. If you treat it with respect and do the best job you can with it, people are going to say, “This guy takes care of my baby.” I think it’s a responsibility that I have and I think that’s certainly one reason why they keep asking me to do these things.

Did you kind of expect to be asked to return for The Force Awakens, to turn it into a novel?

I thought it was a possibility, but I had no idea. And I don’t solicit these things. I don’t go to editors and publishers and say I would love to do it, because that’s what everybody does. I thought if I was the right person and if it was the right project, they’d ask me and I’d do it.

At what point did you come on the project to create the novelization of The Force Awakens?

Quite a while ago. The book was finished many, many months ago. It was finished even back before the Star Wars Celebration they had in April.

Was the book completed after the movie wrapped or during production?

While it was in production, which is why there were ongoing changes.

Is that normal for the novelization process?

I’ve dealt with this before. The worst example — or hardest — was with Terminator: Salvation. The script changes virtually changed the entire film. I went back and essentially rewrote the entire book in two days because they needed it immediately. Not because I was getting paid anything extra and not because I had to do it, but simply because as a fan I felt a responsibility for people who would pay money for the book and for people who wanted to read something in the book that resembled what they saw on-screen. Regardless of whether you think it was a good film or not, I did it for the fans.

But I had a very bad experience with Alien 3. I had done Alien and Aliens, which were great. So I went ahead and agreed to do Alien 3. I didn’t think much of the script and I didn’t think much of what they did with some of the main characters. But I signed on to do it and I made a lot of changes. In my version of Alien 3, the little girl doesn’t die. I also had to correct a lot of the scientific errors.

One of the producers said, “You can’t do this, you need to write the book and follow the screenplay exactly, we think it will make a better book.” Instead of writing back and saying I’ve done this sort of thing before and never had any problem with it, I had to throw out all that stuff and basically do an interpretation of what I thought was a bad script. To answer your question, I’d love to see the original version of that published to see what people would think of it.

Were there normal changes made during The Force Awakens?

Pretty much, yeah. I tried to change this a little bit and fix that a little bit, but things have changed in 40 years. When I did the original book, George read it and said that’s fine and that was the end of it.

Now there’s the Lucasfilm Story Group, and Disney paid $4 billion for this. They want to keep everything as tightly controlled as possible so they don’t run into arguments of canon down the line, and I understand that. It’s an understandable commercial situation. They want to keep everything in control so that something in chapter 23 doesn’t contradict something in chapter 15 and vice versa. So there are certain things they would rather you didn’t do now as a writer because that might affect things in the future.

What was it like as a writer learning the plot and secrets of this project that everyone wants to see?

I’ve been in that position before. It doesn’t bother me. It’s like working on a secret scientific project. You asked before why I think the publishers or studios like me to do these things — one of the reasons is I can keep a secret!

What can readers and Star Wars fans expect from this new novelization?

More of the movie. When I do a novelization I have an unlimited budget. In a film you have two-and-a-half hours to do everything — character development, introductions, plot, refer to previous films, and suggest future films. In a novel I have as many pages as I want, so I get to do more.

Do you know where the story is going after this particular chapter of The Force Awakens ends?

No, I do not. Lucasfilm is keeping that all very close to the chest. There’s no reason to tell me! There are people — no matter how trustworthy — you have to keep out of the loop. Particularly these days, with one wrong click you can unleash everything on the entire planet. As far as a secret goes, the fewer people you put in the loop the better. I think they’ve done a good job too.

People complain that they keep everything a secret, but I think that’s great. What’s the point of going into a theater and knowing everything that’s going to happen in the movie? Unless it’s an adaptation of an existing work, like Lord of the Rings. Otherwise half the fun is the secret.