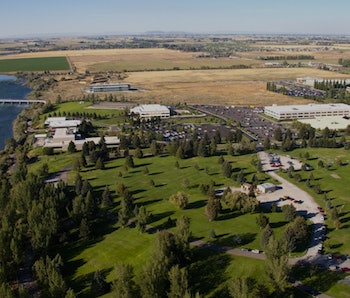 The federal government has acknowledged that radiation poisoning is at least 50 percent responsible for the deaths of 396 workers at the Idaho National Laboratory over the past five decades. While remarkably high, this number represents only about a third of the families who claimed eligibility under federal workers’ compensation laws.

The Idaho Statesman has detailed the odyssey that many of the lab’s workers have undergone to receive compensation for their injuries — just a sliver of the billions the U.S. government has paid out to nuclear workers over the years. It’s worth reading as a reminder that modern wars may be fought over oil, but in the past, everything was nuclear.

Former employees of the lab as well as the families of their deceased colleagues have long struggled to convince the government that exposure is responsible for their myriad illnesses, because they haven’t been able to point to an individual incident like the Three Mile Island accident that released a great deal of exposure. The Idaho National Laboratory remains one of the nation’s key sites for nuclear research and development.

Workers who say they were affected there have had to laboriously catalog minor exposures — such as the time a researcher brought 10,000- times more plutonium nitrate than necessary into the Mass Spectrometry Laboratory at the Idaho Chemical Processing Plant, causing 13 workers to test positive for radiation in their lungs. Other air and water contamination probably led to low but constant levels of exposure over years, complainants have argued.

The rapid growth of research into nuclear power and weaponry at the advent of the Cold War led to slack regulations that officials now say have improved. This is a really good thing, if it’s true, because in this time more than 15,000 nuclear workers around the country died from radiation poisoning, according to the government’s statistics.