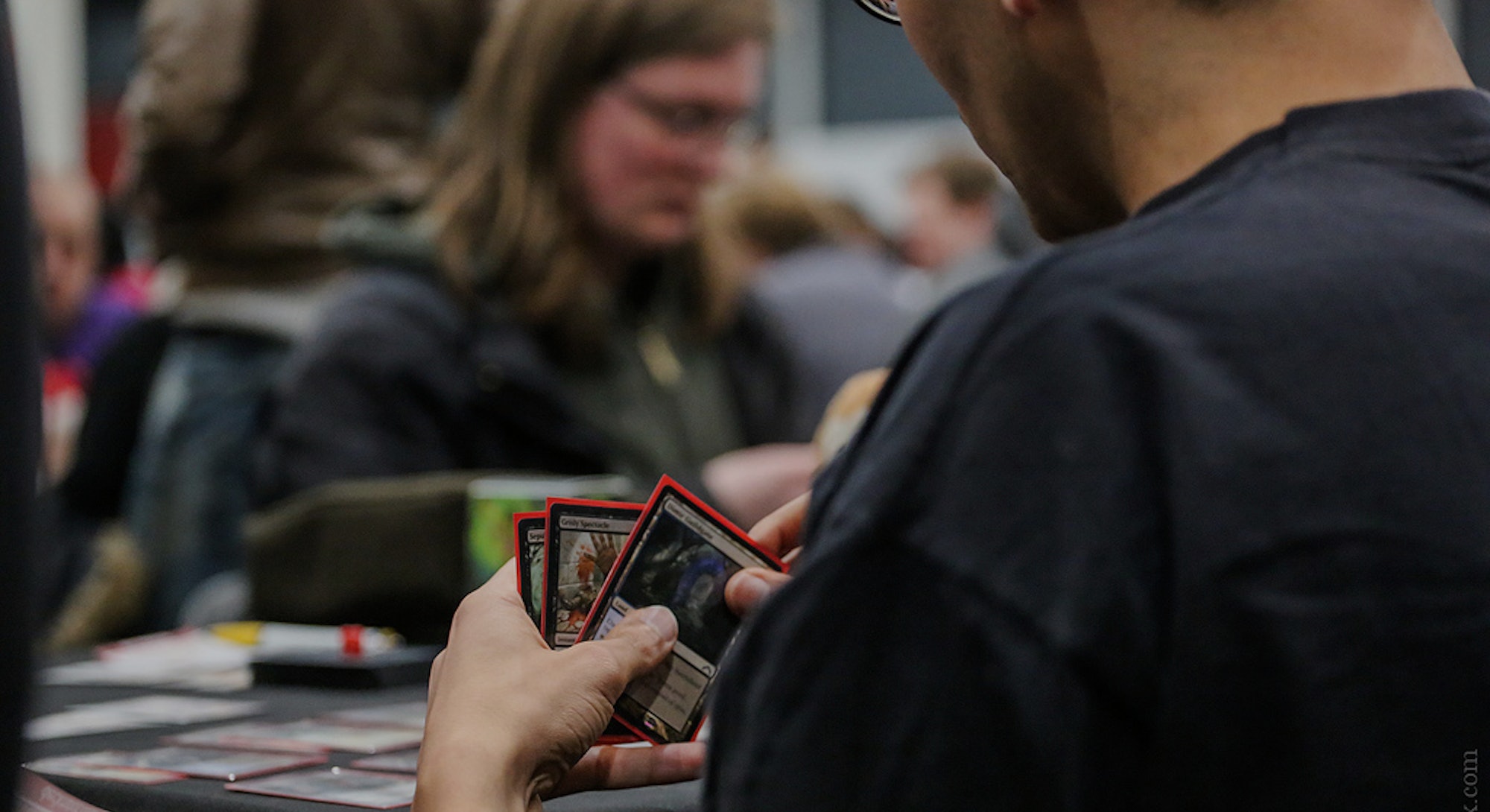 With a card pool that’s swelled to more than 10 thousand, finding a Magic: The Gathering card that you are particularly enamored with isn’t uncommon among players. (I have a Japanese-language Lightning Bolt I’m weirdly fond of!) What is uncommon is offering 90.5 BTC — that’s over $37,000 — to the pro Magic spell-slinger who fields a card competitively, especially when 8 months ago, you paid people to burn them en masse.

Perhaps you’re aware that certain Magic cards are worth thousands of dollars, which typically end up as cornerstones of top-tier decks. The card in question is not one of those. Redditor jobs141910’s objet d’art is Séance, which is rarely seen in competitive play and goes for under a buck a pop.

“I would like to hire someone that is already qualified for this pro tour to build and/or pilot a deck for that tournament centered around the card Séance. If you are qualified and interested, please send me a message and we can discuss if a certain list has enough Séance presence to merit being centered around the card. If so, I will edit this post and begin the escrow process. Everything will go through btcrow.com for the amount of 90.5 BTC.”

Is this real? Either way, more importantly, why? The easy conclusion is that this is a speculation game, hoping that a big-name splash could turn a cheap card into gold. What would help that plan, too, is a limited supply. How might you burn through a supply of cards nobody wants? Try literally burning them. About eight months ago, jobs141910 posted to Jobs4Bitcoins, hoping to find people who would perform acts of cardboard flambe. Take it away, you industrious job-creator:

However, even if you could drive up the price of Séance to $2, you’d need a pool of 20,000 cards to break even. The mystery bitcoiner hasn’t explained much in the way of motivation, except this:

We’ve reached out to jobs141910, and will update the post as more details come to light. Pursuit of knowledge, man.

Have you received any serious inquiries?

I have received many more serious inquiries than I expected. I had done a bit of research with some of the well known professional players, but they had unanimously agreed that since they have a good shot at first place, which includes many sponsorships, platinum points and future invites, that I would be sabotaging that opportunity. That means that they were all expecting closer to double the first prize amount. When I posted it publicly, people who think they have no chance of winning regardless have all chimed in and I did not expect such a huge amount of people to see the post.

How many copies of Séance have you paid to destroy?

What makes Séance so appealing?

The card is irrelevant, but once it is chosen it can’t be changed.

Would you consider yourself a speculator or investor?

Technically I am a speculator because I am going to be watching the price in the next few months. Technically I am an investor since I own some copies. I do consider myself both, but not in the strictest sense.

What are you hoping to achieve?