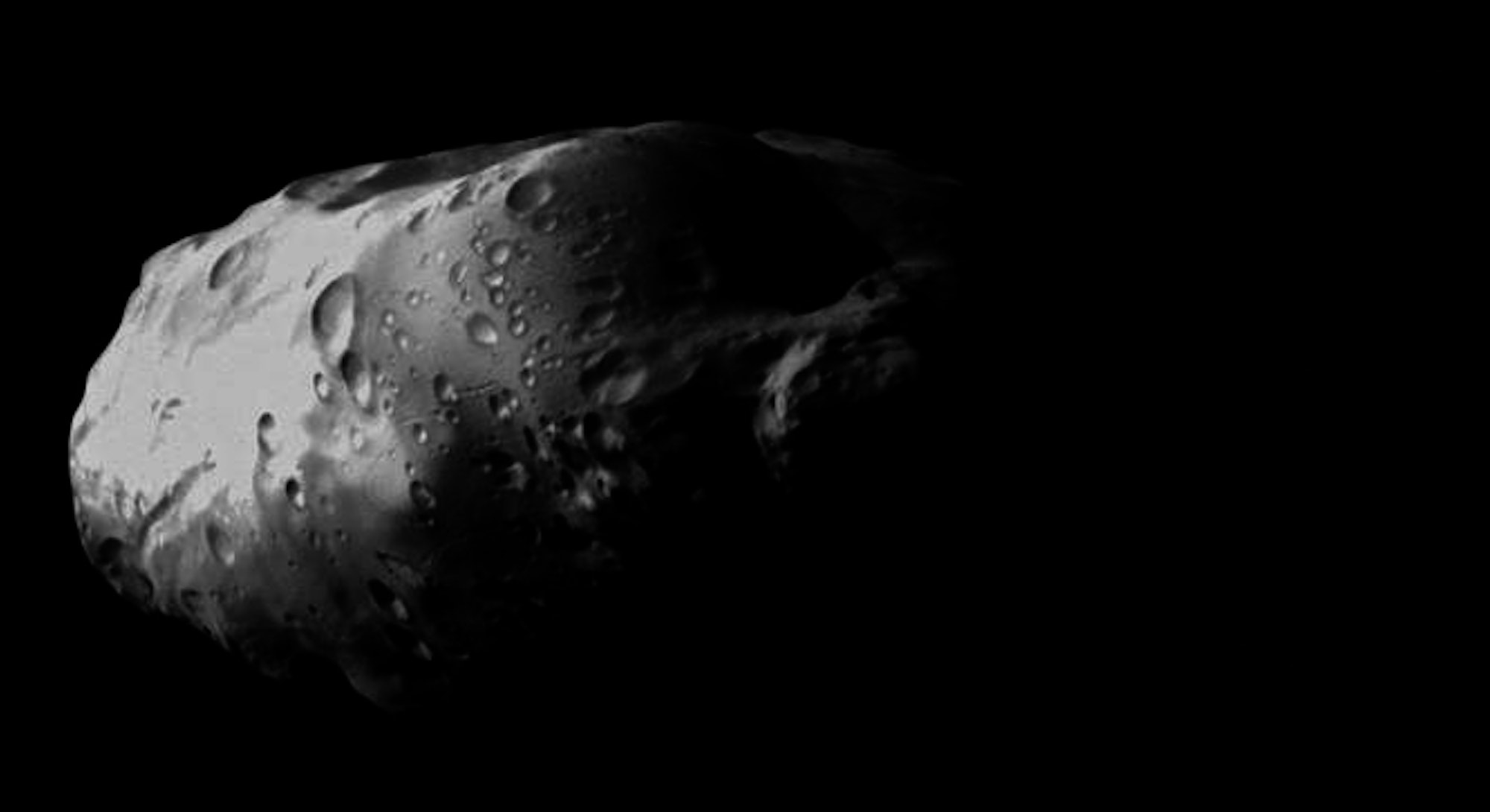 According to NASA, this view is an especially high resolution view of Prometheus (north facing upwards), one of Saturn’s 62 natural satellites, taken in visible light with the Cassini spacecraft’s narrow-angle camera from a distance of roughly 23,000 miles.

Prometheus orbits Saturn inside the planet’s F ring, which crosses the image horizontally above the moon.

Prometheus is a small moon, about 90 miles in length, and was discovered in 1980 during the Voyager spacecraft exploratory mission. Cassini—properly known as the Cassini-Huygens mission—was designed specifically to explore the Saturian system. Cassini is an orbiting device, and is still exploring Saturn and its moon, but it has since jettisoned the Huygens portion—a probe launched into the atmosphere and landed onto the surface of Titan, Saturn’s biggest moon.

Cassini had previously taken close photos of Prometheus in 2009:

Cassini also took a high-resolution photo of the Saturnian moon Epimetheus on Sunday: