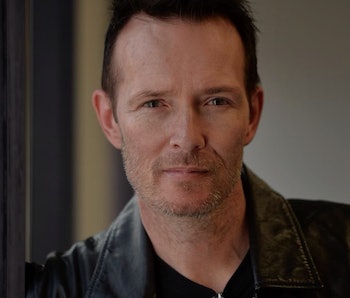 According to several sources, singer Scott Weiland, 48, has died.

TMZ reports that he was found lifeless on his tour bus in Hamel, Minnesota on Thursday at approximately 9 p.m.

The former lead singer for bands Stone Temple Pilots and Velvet Revolver, he was well-known to have struggled with addiction and substance abuse, but as of this writing the cause of his death remains undetermined.

More like this
Entertainment
Jan. 31, 2023
Robert Zemeckis Has Found His Latest Tech Tool With AI De-Aging — And That’s Good
By Dais Johnston
Gaming
Jan. 24, 2023
Fortnite is about to get a Wild Dreams concert from The Kid LAROI
By Jess Reyes
Entertainment
Feb. 2, 2023
7 DC Movies and TV Shows We Won't See Under James Gunn
By Eric Francisco
LEARN SOMETHING NEW EVERY DAY.
Share: