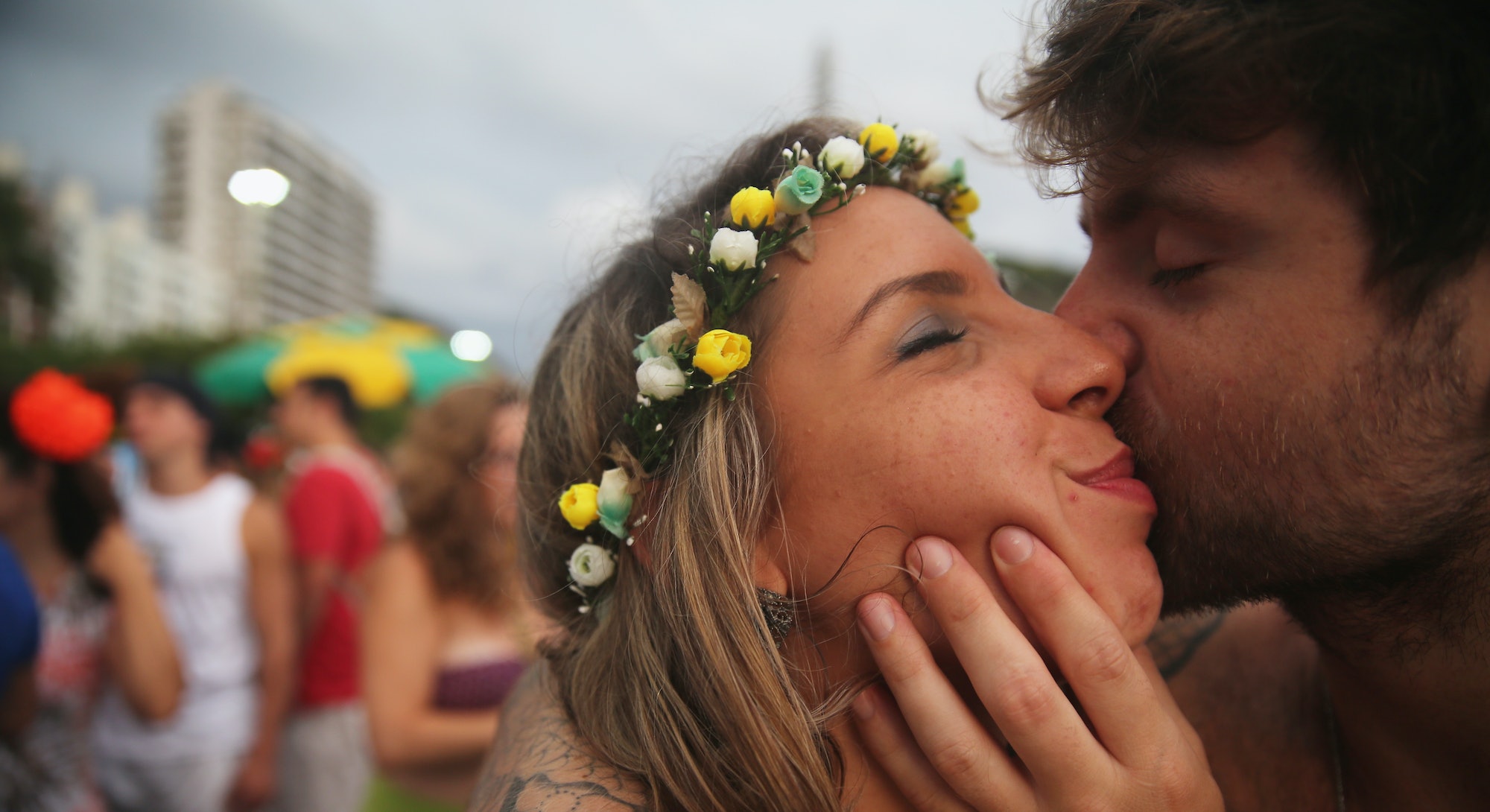 Kissing is easy. You press together two pairs of lips, boom, you got a kiss going. Yet as in so many worthwhile endeavors, easy does not equal good. If you’re lucky, you haven’t fretted about your technique since your earliest backseat after-school tongue-fumbling phase. But is it that you’re more confident, or just in a rut?

Few know better than Art of Kissing author William Cane, who has made a career out of teaching people to properly pucker, at colleges, in books, and in the kissing lesson classes he hosts in New York. (If you don’t have a partner and want to learn, a kissing surrogate is on site.) Cane has interviewed more than 150,000 men and women about their kissing preferences, leading him to identify 30 separate types of smooches. He took some time out of his public service to tell Inverse why men need to look beyond the lips, and the dangers of making out in the South Pacific.

You identify dozens of kisses in your book, The Art of Kissing. Did you find these yourself or where these pre-identified kisses?

All of them were pre-existing. There’s a vast array of kisses people know about and that have also been written about. Some of them I learn from my students. During a test one came over and flipped over the test and was like “Do you know about this kiss, Lip-o-suction?” That’s where the boy kisses the girl’s upper lip and the girl kisses the boy’s lower lip then they reverse it. Then others I learned by research, the vacuum kiss, the sliding kiss. The French kiss everyone knows.

In your research, have you found kisses we just aren’t doing in America?

Two are very popular elsewhere Americans just don’t do. You’ve got the Eskimo kiss, which people think is just rubbing noses, but the Eskimos have an 11-step procedure. They touch noses, then they’re into each other’s cheeks, they’re smacking their lips without touching them just inhaling each other’s scent, then more nose play, and then pressing noses tightly together into the kiss.

The other I learned in The Sexual Life of Savages by anthropologist Bronisław Malinowski. It’s something done in the Trobriand Islands in the South Pacific. They have a violent, aggressive kiss. They bit the lower lip, pull the hair off their partner’s head, then nibble on each other’s eyelashes. But they do it in a playful manner when they’re making love. It’s a very common practice there. At least that’s what the locals told Bronislaw, and he had photos.

OK, but for the general American couple that isn’t into hair ripping, what do we want?

Women tend to prefer the French kiss and also when you kiss the neck. Women like the neck much, much more than men do. Only about 10 percent of guys say it does anything for them, which is a lot less than the 96 percent response I get from women. Men also love French kissing because it’s one they know, and they try to get that all the time. They just want more of it.

But are we doing it right?

What men are doing wrong is they’re using their tongue way too soon in the kiss. Women want them to wait a little bit to initiate the French kiss. That’s the big one. The No. 2 women complaint is that men put their tongues way too far back in their mouth, they choke the poor girl. And the third is that men don’t have enough variability. Women want a number of different types of kiss, not just the same old all the time.

As for men, they say that they aren’t getting enough French kisses and their second big complaint is that their partners don’t open their mouth at a wide enough angle. So I guess men don’t have the access to the girl’s mouth that they want. And they don’t ever want the mouth closed.

But men and women both complain about being fish-mouthed. They don’t want a groping, open type of kiss. It’s like a suction cup on the mouth.

That sounds horrible. How do we get better? Is there hope?

The advice we get for men especially is that they are often too hesitant. They take too long to initiate the kiss. They need to be a little more active, a little more aggressive, when the partner is giving you signs they’re receptive to it. If the girl is smiling and touching you and all your jokes are getting good laughs, this is a good sign.

When people email me, and these are people who are young and old, a lot want to know how to accomplish the first kiss. I tell them, get that rapport, make eye contact, and so forth. When they actually do it, men should just do a lip kiss first, closed-lip, and then sense what the partner’s response is. Women, you can do whatever you want, a guy will almost never say no.

What’s the absolute worst thing we could be doing with our mouths?

There’s a lot of squeamishness about wet kisses, those saliva-filled kisses. As the kissing goes on you’re going to produce more saliva but right at the outset this is understandably shocking. I do this on stage to demonstrate, we have students pretend they’re in a shower and underwater to illustrate.

But the real important thing is just have good variety, men. Good variety is very very important. Stray off the mouth, go to the ear, the neck, visit the shoulder. Be observant of your partner’s response and try to get some variety in there.