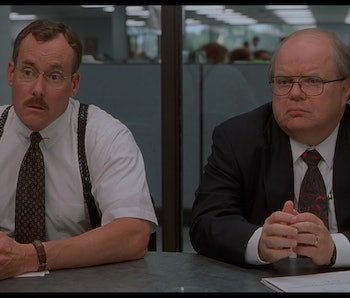 In early 2000, I left college to go out into the world and get my first real “grown up” job. The plan made sense in my 19-year-old brain: take a year or two off from school, save up some money, and figure out what I was going to do with the rest of my life. At the time, the economy was still booming – companies were having a hard time filling positions. Unemployment stood at around 4 percent. Workers across the spectrum could expect to land a reasonably well-paying job, even without a college degree.

Yet after a couple of months and numerous applications for entry-level positions ranging from grocery store clerk to bank teller, I had yet to receive a single call back. I was panicked. In the days before social media, I called everyone in my phone book, asking if they had a line on a job, any job. I even shelled out $80 to a resume coach who basically changed two lines on my cover letter, and told me, “Just keep trying — something will pan out.”

By a stroke of luck, I ran into an acquaintance — a former high school classmate – who had a gig as a field auditor at a local chain of retail stores. The job wasn’t very glamorous, he said, but it paid well (full benefits and $30k/year, not too shabby at the time). Luckily for me, they were absolutely desperate for people. I practically begged him to hand deliver my application to his supervisor and to his credit he agreed, promising he would add a sterling recommendation to boot.

Though it took weeks to hear anything back, he was good to his word: I got a call, interviewed with the manger and the comptroller the next day, and started the following Monday. Things from there went better than I could have hoped. I was so committed to not losing the job that had been such a challenge to get, I did the absolute best I could — extra hours, extra responsibilities, whatever it took. Within two years, the head of the department moved on, and I was promoted to his position.

I thought I was pretty hot shit. There I was, 21 years old, the head of a department. I busted my ass, followed the rules, was the ultimate “company guy,” and lo and behold, I’d earned a promotion — that meritocracy stuff had worked out, no? In fairness, once I had my foot in the door, it had. But as I found out from my boss in a congratulatory promotion pep-talk, there was a reason I was the only black face in the office, and that reason had little to do with merit.

The talk went something like this: “We were 99.99 percent positive we were wasting our time with you. No offense, but you just don’t expect much with a name like ‘Kashann’ on the application. But then you picked up the phone and [my former supervisor] was shocked with how well you carried yourself over the phone. She was so excited, she practically came bouncing into my office telling me how polite and well-spoken you were. By the time we finished your interview, I knew she was right! We had found a real diamond in the rough!”

I’m not sure which was more stunning: the fact that even with a solid resume, recommendations, and their desperation for a warm body, I almost didn’t warrant a call back because of my first name, or the fact that my boss, a corporate officer, would freely admit that to me. And not just admit it, but to do so in a way that was supposed to be both a compliment to me and a testament to the magnanimity of my bosses. Some sort of Kumbaya moment where, because my bosses were able to look past their own racial stereotypes, we were able to become the Branch Rickey and Jackie Robinson of retail inventory control.

I don’t relay this tale as an attempt at sympathy nor as a humblebrag, but rather to illustrate a problem that still affects minority job candidates across the country: hiring bias based solely on the racial perceptions of names. Over the past 15 years, studies have consistently shown that not only do racial biases dictate who gets hired, they often dictate the likelihood of even getting an interview at all.

A 2004 report entitled “Are Emily and Greg More Employable than Lakisha and Jamal? A Field Experiment on Labor Market Discrimination” showed that across occupation and industry, white candidates were 50 percent more likely to receive a call back than their equally qualified African-American counterparts. A 2007 Princeton study backed those findings, and found that even white candidates with felony convictions were as likely to be hired as black candidates without. Though the rates of African-American college graduates has steadily risen during the past two decades, black college graduates, regardless of field of study, are still twice as likely to be unemployed than their white counterparts.

In our post-racial, colorblind world, it would be easy to dismiss racist hiring practices — much like racism in the broader sense — as bitter old bigots stubbornly clinging to ugly remnants of the past, while younger generations of more enlightened hiring managers wait in the wings. However, even in liberal, millennial dominated industries like tech, diversity hiring is still an issue. Tech giants like Apple, Yahoo, Google, Facebook, and Twitter have been under fire recently for being substantially less diverse than more traditional, non-tech related industries.

Of course some would argue that there is an easy fix: just use a more “common” (read: white) sounding name. But in today’s world of hyper-thorough background checks, it seems like a risky proposition to have to fess up to your potential employer that you fudged or fibbed about something as simple as your first name because you worried it was the only way you’d be able to land an interview.

That said, there have been some intriguing suggestions on how to tackle potential name bias. Certainly a more diverse team of hiring managers would make for a more diverse selection of new hires. Because management hires are typically done by corporate executives, you concentrate the responsibilities for diversity hiring at the top. If a company fails to deliver on its promise of more inclusive hiring, you know people rather than “processes” bear fault.

In an age of digital application processes, a “limited-view” resume would help stem name-based discrimination by hiding the applicant’s name through preliminary stages of the interview process. There is a lot of merit to this idea. Getting a company invested in potential candidates before conscious and subconscious biases enter gives some minority candidates an opportunity to be considered no matter how their name is pronounced.

One of the hot ideas in tech right now is to establish versions of the NFL’s “Rooney rule”, where at least one woman and/or one underrepresented minority candidate are considered for any given position. It’s a system that has generated mixed success in the industry for which it was created, but, at least in theory, it guarantees at least some minority candidates will move past the “your first name is a bit too ‘ethnic’ sounding for this company” round of the hiring process.

It’s almost unbelievable that in 2015, people still have to worry that their name is preventing them from finding employment, but if anything, in our post-recession economy, the waters are choppier for potential minority candidates than they were two decades ago. There are increasing numbers of qualified candidates competing for substantially fewer jobs; now that there are hundreds of Gregs and Emilys vying for the same positions, the stakes are even higher for Lakishas and Jamals.

More like this
Culture
14 hours ago
The Sandman: 11 characters pulled from DC comics history
By Robin Bea
Culture
8.7.2022 12:00 PM
Nichelle Nichols’ legacy was so much bigger than her Star Trek kiss
By Matthew Delmont and The Conversation
Culture
8.3.2022 9:00 AM
7 amazing sci-fi shows and movies coming to HBO Max in August 2022
By Robin Bea
Share: