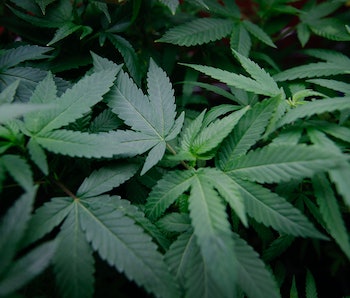 Last week, the Mexican Supreme Court ruled that individuals had the right to grow marijuana for their own consumption. It’s a landmark decision for the court as it opens up future opportunities for marijuana legalization — but it doesn’t apply to all Mexicans.

As attorney Ignacio Pinto-Leon writes, the court’s “ruling only benefits the four plaintiffs in the case” from the Mexican Society for Responsible and Tolerant Consumption (with the Spanish acronym SMART).

Pinto-Leon, who’s licensed in both Mexico and the United States, is the assistant director at the University of Houston Law Center’s Center for U.S. and Mexican Law and the director of the JurisMex Corp. legal consulting firm.

We spoke with Pinto-Leon about further marijuana legalization in Mexico.

How does the Mexican Supreme Court work?

The cases that the Supreme Court normally hears deal with the challenges with the constitutionality of a play or the action of the government, initiated by individuals or corporations. Mexico has a means to enforce constitutional rights, named amparo. It is similar to habeas corpus, but it applies to a broader range of issues. Amparo’s are only initiated at a district court level. They can be reviewed sometimes by a circuit court, and some cases they can jump up all way to the Supreme Court. This case was an amparo.

What do you expect to happen next?

Personal consumption of marijuana and possession of marijuana has been decriminalized in Mexico since 2009, but members of the Mexican Society for Responsible and Tolerant Consumption (SMART in Spanish) applied for authorization from the government to grow their own marijuana. Their request was denied. They initiated an amparo, and their case was also denied at the first stages of amparo, but the Supreme Court ultimately decided there was an individual right or a constitutional right.

What’s your best guess as to when Mexico will fully legalize marijuana?

There are two different possibilities: The judicial route with amparos will probably take 80 years. But the legislature is also talking about doing something and hopefully legislating on the matter, so the Chamber of Deputies (Cámara de Diputados) will come out with rules, and that way it’s up to the legislature and not to the judiciaries to settle this matter.

What’s your feeling on popular opinion about marijuana legalization?

I haven’t seen statistics of public opinion, but I would imagine the majority is in favor of legalization.

More like this
Science
8.8.2022 11:00 AM
In Mexico, indigenous peoples and scientists race to save an iconic Aztec animal
By Lourdes Medrano and Undark
Science
7 hours ago
Look: A deep-sea expedition just captured these incredible views of life underwater
By Jennifer Walter
Science
13 hours ago
New Hubble Space Telescope capture and more: Understand the world through 7 images
By Robin Bea
Related Tags
Share: