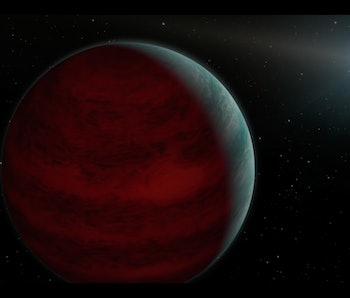 On Wednesday, NASA quietly uploaded a 19-minute mini-documentary about exoplanets, and the search for a planet or moon that has similar characteristics to Earth. The hope, of course, is that if we find “another Earth,” we might find extraterrestrial life somewhere in the universe.

By definition, an “exoplanet is a planet revolving around a star other than the sun,” according to the video. NASA explains that the first sun-like star ever discovered was 51 Pegasi b., about 20 years go. As of this month, scientists from around the world have discovered nearly 2,000 exoplanets around the universe, with the number consistently growing as equipment and expertise among astronomers grows.

NASA’s new mini-documentary boasts a surprisingly high degree of production value — full of animations, light folksy music, wit (within the first minute, a space historian discusses how 16th century Italian friar Giordano Bruno proposed stars were distant suns with their own planet that might have life, and was burned at the stake. “You could say that exosolar planets was a much hotter field back then”), amazing archival footage, and obviously a ton of celestial imagery NASA has gathered over the last several decades.

If you have time, watch it now and let your E.T. curiosity out for a few minutes.