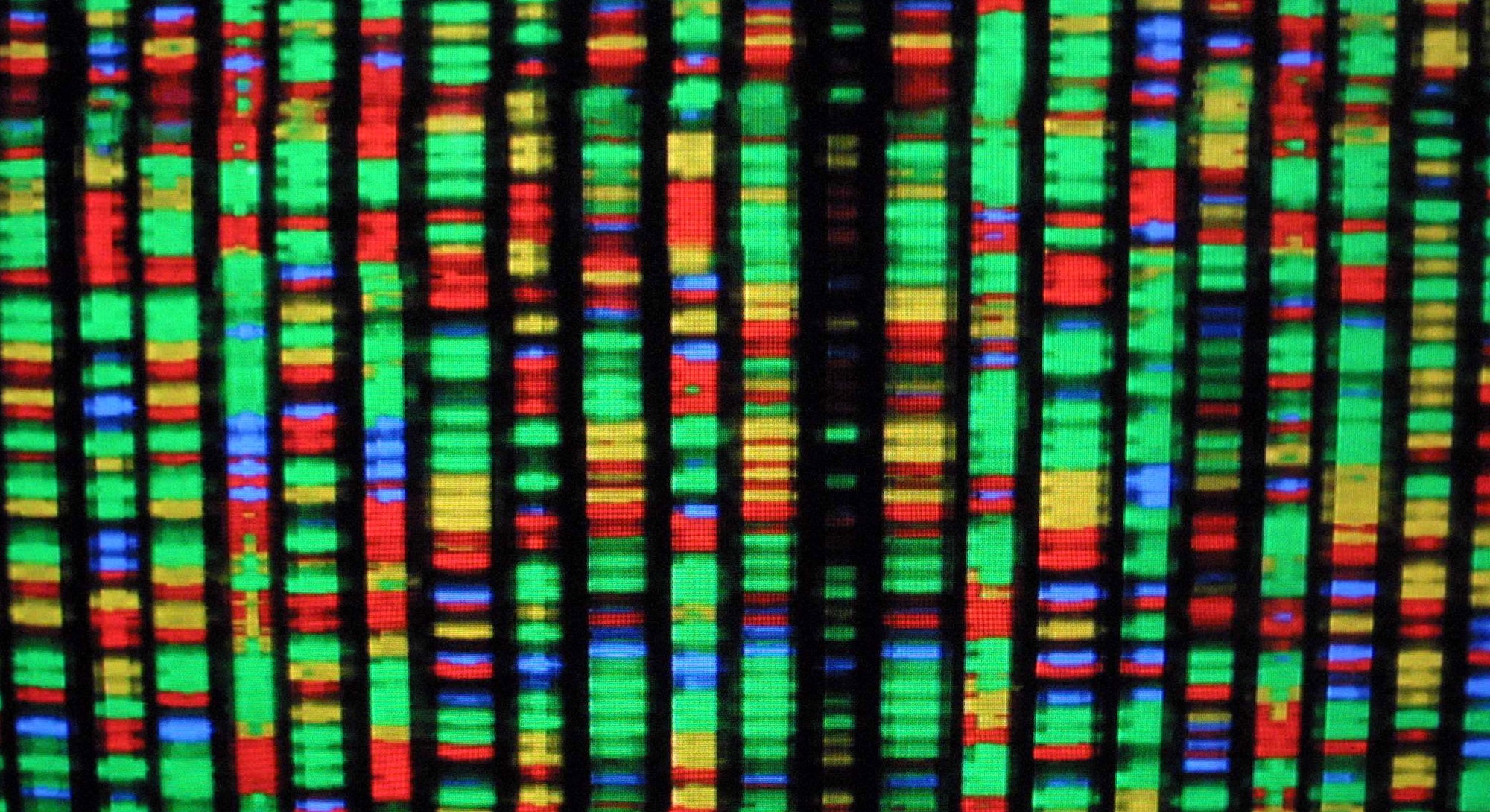 There’s been some debate as to what we might call the latest generation of children born in America. Names like Generation Z, plurals, Generation Wii, and iGeneration have all been proposed. History may one day remember this new generation as something entirely differently, though: the last generation.

The arrival of genome editing technology has opened the floodgates of possibilities. The potential of this technology, referred to as CRISPR, is to eliminate genetic disease and beyond; to give our species heretofore unrealized abilities; to wrest control of our evolution away from random, stochastic processes, and take direct control of it. Future generations may simply be identified by enumerating “post-CRISPR.”

CRISPR is a genetic engineering process that makes use of a “Cas9“ enzyme to cut DNA, and a guide RNA to target the Cas9 enzyme to a specific location in the genome. Using this process, DNA from the host organism can be deleted, exchanged with other DNA, or even accept small inserts. Though relatively new, the technology is already so powerful that it’s being investigated as a tool to generate human-transplantable organs in pigs and artificially limit malaria-spreading mosquito populations. One can’t help but immediately wonder how far we might take such a powerful technology.

Maybe we could borrow the genetic sequence that encodes retinal receptors in snakes that allow them to have thermal vision. Or maybe we borrow super hearing from dogs. Or duplicate our dopamine synthesis genes so we’re happy more often. Or maybe we’ll modify calcium binding proteins so they accumulate zinc instead, and modify their expression pattern to overlap with an early patterning gene, like a Hox gene, so we get a small pair of vertebral electrodes sticking out of our necks. Or maybe we could just eliminate debilitating diseases.

Although the technology to do things like germline CRISPR (or, more plainly, genetically modified human babies) is almost within our grasp, the cultural-ethical hurdles to implement them will probably be enormous, you may be thinking. At the recent 2015 National Society of Genetic Counselors Annual Education Conference, an informal poll asked geneticists, “Is it acceptable to use CRISPR for germline engineering to cure muscular dystrophy?” Turns out, about 95 percent of respondents supported CRISPR use in this context.

Of course, this was not a random sample, but it highlights the level of support coming from experts in the field — at least in this context. And it’s a hard question to argue against: Muscular dystrophy is a crushing disease that can make it hard to even breathe. If we have the ability to stop it from ever happening, it’s hard to find reasons not to.

Still, arguments against the application of CRISPR in this way abound, most of which highlight the uncertainties. The problem highlighted by many, many commentaries, is that the results might be unpredictable. For example, modifying the sequence of a gene to “correct” it might affect the function of the gene product in other networks that it participates in, including networks that we may be unaware of. The most obvious examples might be the V6E mutation in hemoglobin that causes sickle cell anemia … but also protects against malaria. Or the CCR5 mutation that protects again HIV, but also increases the risk of West Nile Virus. Modifying the content of a gene may have secondary, potentially unforeseen consequences.

Another argument invoked in opposition to germline CRISPR calls on the “slippery slope” argument. This argument generally refers to a “noble” use of technology as a way of opening the floodgates. Once it’s used in any context, it’s just a matter of time before it’s used in every context. Germline CRISPR to cure a disease is sort of like a “gateway drug,” as one genetic counselor called it. Other arguments have also been made, including a loss of diversity (as everyone tries to make their baby fit the social norm) and a deepening of social divides (as families with means have exclusive access to this technology). In light of arguments like these, scientists have already called for a voluntary moratorium on any such research, similar to the one that occurred in the 1970s when genetic engineering was a new field.

Such measures mean well, but they may not matter. Chinese researchers have announced their intention to offer parents the ability to choose their smartest child. It may only be a matter of time until it’s made clear that the process of screening many embryos for the gene combination they’re looking for might be sped up by simply introducing the change artificially. The Chinese, in fact, have already tried germline CRISPR.

Probably most saliently, a couple of my friends who are Chinese researchers have mentioned to me in personal conversations that it’s not quite as big of a deal in China as it is here. That, too, is a small sample size, and only their personal opinion, but it’s worth noting that the intense level of competition in China could very well drive behaviors we consider extreme.

The top 25 percent of performers in China is more people than we have in our entire country, and the number of prestigious positions in the country is very limited. Competition there is ferocious. It’s well known that high population densities drive more aggressive behavior in all animals, including humans. It is very plausible that China may therefore be the first to open Pandora’s box by consciously engineering the population.

If this happens, it could go catastrophically wrong, and the rest of the world will wag their fingers in disapproval. Alternatively, China could succeed in ironing out the details and actually begin generating a population superior to other humans in every way, free of congenital diseases. What then?

Once a country has demonstrated the safety and efficacy of germline CRISPR and is actively outpacing the rest of the world in technological innovation, it’s hard to imagine other countries not trying to catch up. As the world gets braver, you can imagine the pressure on a young family to keep up when modified humans are dominating the headlines and enjoying tremendous success. This could be Generation CRISPR-1.

Are the warnings of our generations borne out in this dystopian narrative? Rectifying a crippling disease may indeed be a “slippery slope,” but this terminology assumes that’s a bad thing. What if the human body is more resilient than we give it credit for, and everything turns out fine? The post-CRISPR generations don’t think of their bodies as being as fragile as we do. Or more specifically, they don’t think of unmodified bodies as being “pure” and anything that deviates from this course is necessarily “bad.” Parents have a toolkit of traits with which to imbue their offspring limited only by the amount of energy a human can consume to power these traits.

Suddenly, evolution is no longer random. Humans now have a hand to play in the way that they interact with the environment, and are not powerless against stochastic movements. There may indeed be tradeoffs in modifying any given gene, but humans now have a say in that trade. It doesn’t mean that all problems will be solved, of course. In much the same way that businesses are driven by conscious decisions but succeed or fail in a process very similar to evolution, humans are subject to a great deal of unpredictability. Yet the result remains: evolution will become less random.

It’s a little hard to wrap your head around, but there’s a bit of poetic beauty in this notion. Evolution tends to result in a slow reduction in entropy, or randomness. How fitting, then, that the process of evolution itself becomes less and less random. After all, humans are a product of evolution. The conscious decision of every animal is a result of evolution, so anything we do is necessarily the result of evolution. In this sense, there’s really no such thing as “artificial evolution.”

The issue of genetic diversity is a tricky one. In any population, the more successful individuals tend to produce more offspring over time, so the result is a tendency toward those traits carried by successful individuals. So the conscious decision to go straight to those traits by parents may not be a shallow decision, but is in fact reflecting unconscious evolutionary drives toward the greatest fitness. As subpopulations tend toward different “ideal” traits, though, a degree of diversity may still be maintained. Furthermore, it might be possible to simply build diversity into the process. For example, parents are allowed a certain number of traits to modify, and others are unmodified or even randomized. But there’s a bigger question: If diversity is important for adaptability, but we have direct control over our adaptability, then how important is diversity?

Probably the biggest challenge this alternate reality faces is that the interests of the individual are not necessarily aligned with the interests of the species. This is clear even to present day humans, who drive to work every day in automobiles and contribute greatly to their local economies, and also to the millions of tons of carbon dioxide expelled into the atmosphere each year. It may certainly be the case that although we have the ability to control our own adaptability, the incentive to do so does not exist for individual families. A functioning society may require many, many types of humans, but when every family wants a Nobel laureate and not a plumber, electrician, policeman, fireman, bus driver, or measly engineer, then the entire system collapses into a population of brilliant humans who can crack cold fusion but are barely able to farm.

Ultimately, it’s a little too early to say which course of action is in the interest of the greatest good. Since it’s safe to assume that most people probably don’t want to experiment on their children, though, it is thankfully not a decision we’ll have to make in the immediate future. The real cusp is still just ahead.