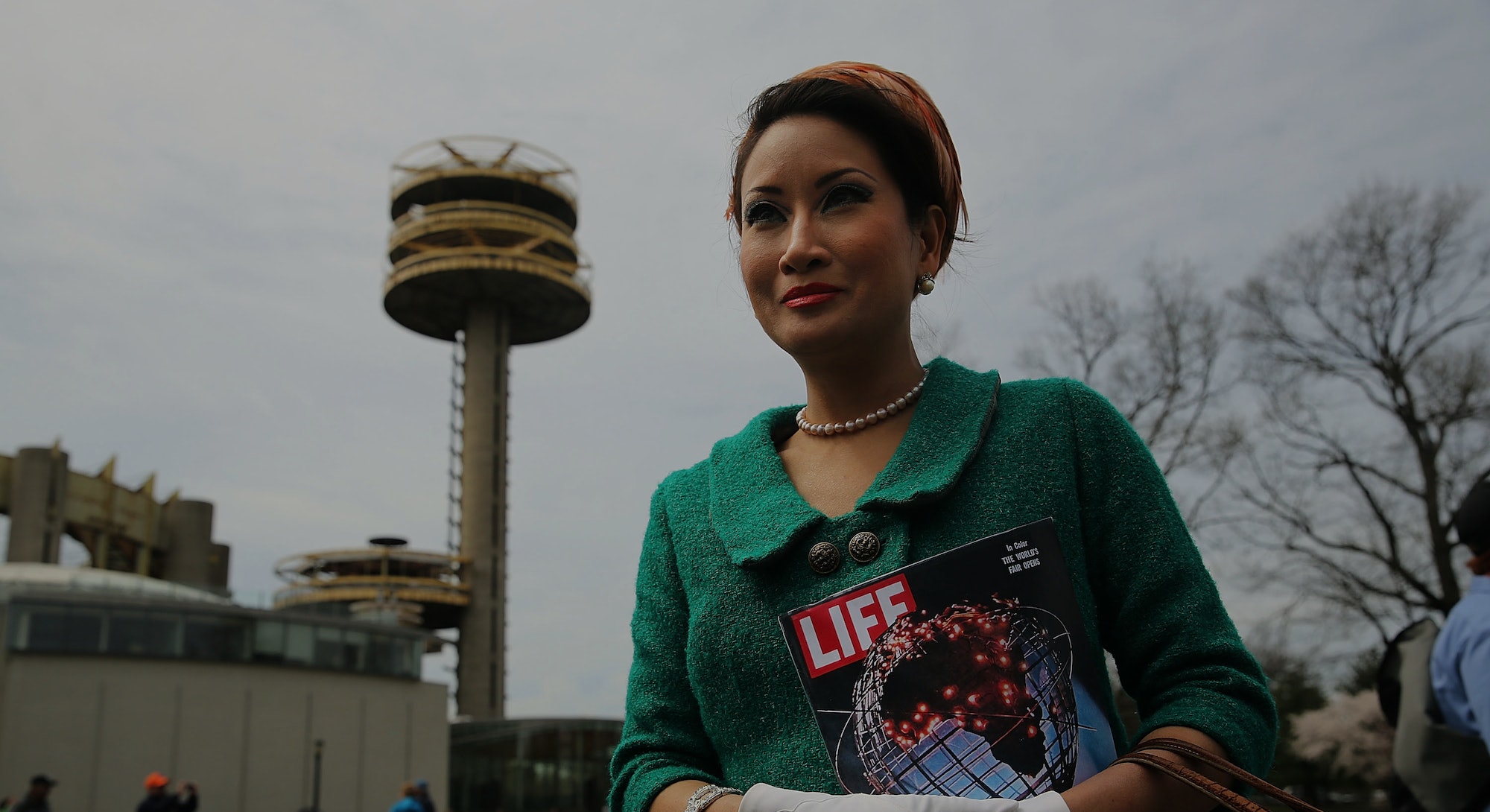 “Nostalgia: it’s delicate… but potent,” Don Draper tells a room of 1960s Eastman Kodak execs in Mad Men’s first season finale, “The Wheel.” He’s trying to convince the room to accept his ad pitch for the slide projector wheel that he’s re-christened as “the Carousel,” invoking that persuasive, heartstring-tugging power through old family photos. It works.

Today marks the 50th anniversary of the closing of the 1964/1965 New York World’s Fair. We’re taking a step back from imagining “what happens next” for a moment and instead taking a nostalgic trip down memory lane to see what the fair looked like way back when and how it’s changed since then.

The World’s Fair became an international tradition during the 1850s as a way to celebrate and exchange technological advances and cultural ideas between different countries. New York was home to the 1939/1940 World’s Fair as well as the 1964/1965 World’s Fair, with both taking place in Queens at Flushing Meadows Park.

Here’s a look at what the World’s Fair looked like to Mad Men-era visitors half a century ago:

Now here’s a peek at what it looked like in 2014, during a rare glimpse inside the park for the 50th anniversary of the World’s Fair’s 1964 opening:

It’s clear to see that the old World’s Fair grounds have been neglected over the years. Luckily, this week also marks the completion of one of the last remaining structures from the World’s Fair: the New York State Pavilion.

Designed by Philip Johnson, the Pavilion fell into disarray over the years even after having been put on the National Register of Historic Places in 2009. However after a $3 million paint job this year, it’s finally looking a little more like it was meant to.

We’re hoping the rest of the park can be restored to at least a fraction of its former glory, so we can look ahead to the next international gatherings we can have there.