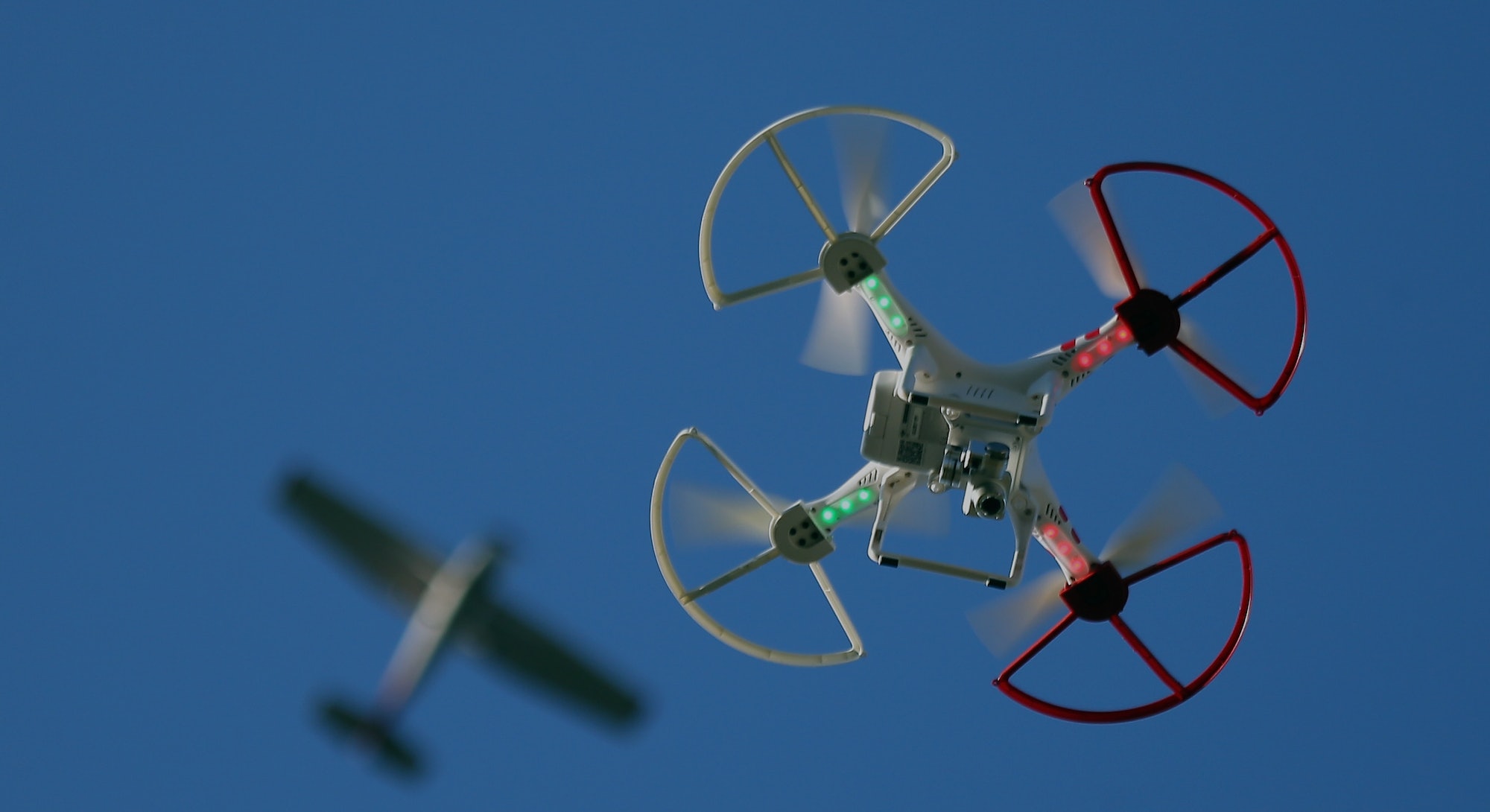 Consumer drones can do just about anything — from getting super close to wildlife to taking folks on a tour of Burning Man. But soon, people won’t be able to fire up their drones without the federal government knowing about it first.

Chalk it up to general safety concerns as the main reason that the government is cracking down on these flying whirligigs. According to NBC News, the government is about to disclose its plans to ruin your fun require drone enthusiasts to register their devices with the U.S. Department of Transportation.

What’s huge about this is that there aren’t a ton of official federal government registries that regular consumers need to deal with. You don’t need to register your car with the feds — just your state. There’s not even a national firearm registry (but that’s another issue altogether).

Thanks to some pretty bad situations involving drones, the government plans to implement harsher restrictions on the technology. Amateur drone flyers putzing around in their backyards or in country fields can pose a threat to larger aircrafts in the area, and there have been plenty more dangerous drone-related situations, too. From some guy flying his drone a little too close to the president to a handful of drones messing with firefighting efforts, it appears there are some drone lovers that need to be reigned in a bit.

After all, with great power comes great responsibility.

There aren’t many details about what this means for drone buyers just yet, but we’ll know come Monday when the new regulations are released. The notice comes just in time for the holidays when everyone and your mom will probably be wrapping these babies up.

This isn’t the first time the government has gotten in the way of drone adventures. Lakemaid, a Midwestern beer company, made headlines back in 2014 for their awesome innovative way of getting brewskis to ice fishers in the middle of frozen lakes: drone delivery. Unfortunately for fishers with empty coolers on the ice, the Federal Aviation Administration grounded Lakemaid’s ingenious operation almost as soon as it took off.

So if you’re planning on getting a drone for yourself someone special during the holiday season, just know that you’ll need to check in with the powers-that-be before you get that thing off the ground. Roger that.