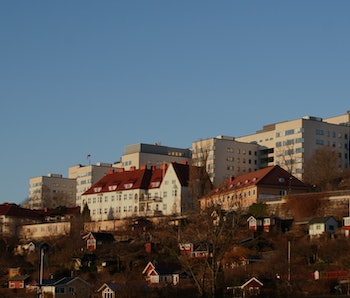 Stockholm has opened the world’s first rape clinic for men and transgender people. The clinic comes in addition to the all-hours clinic for women and girls already at Södersjukhuset hospital. It’s a necessary addition for a country with a reported 6,697 rapes in 2014 — the highest rate in Europe.

The hospital’s new wing directly aids men, boys, and transgender people who were victim to 370 sexual assault cases in 2014, reports The Local. That number, however, is likely lower than the actual number of cases because of the taboo for males to admit they’re rape victims. For context, only 600 to 700 women visited the clinic in 2014, just about 10 percent of the total cases reported.

In addition to providing aid, the goal of the clinic is to increase awareness, as Inger Björklund, a spokesperson for the advocacy group RFSU told The Local upon the initial announcement of the wing in June: “A clinic focusing on men who have been sexually abused will contribute to the awareness of experiences of sexual abuse among men and make it more possible to meet men’s needs.”

In a press release, the hospital’s Chief of the Emergency Clinic Dr. Lotti Helström said that they expect to receive 20 to 25 male victims in the next year. The number is still small, but she realizes that it will take time for people to be more open to seeking help.

Rasmus Jonlund, a spokesperson for the Liberal Party, expressed hope to The Local that the clinic will help “spread the knowledge” of the country’s sexual assault epidemic.

With such high rates across the country, the clinic will hopefully help those in need and further bring to light an issue that affects many yet remains widely unspoken.