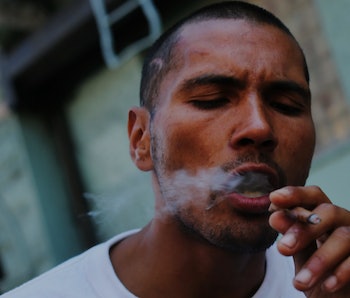 Synthetic marijuana is a garbage drug devoid of any benefit except this: Many compounds will not register on a drug test. This makes it ideal for military tokers and those on probation, but drug abuse management company SECON claims to have developed a test that can detect most of the new synthetics on the market, removing the last excuse anyone has for smoking this stuff when they could buy the real thing.

According to a press release, SECON’s new model will “detect compounds at lower levels than previous tests.” (Company representatives could not be reached for an interview to explain the science behind recognizing the chemicals.)

“We are able to perform an extremely comprehensive screening test that is cost-effective and provides initial results within 24 hours,” says James E. Hyman, CEO of SECON’s parent company Community Education Centers. “This new test helps counter one of the major reasons for the growth in popularity of Synthetic Marijuana: its previous difficulty of detection.”

If this cuts down on use, good. Some iterations of synthetic marijuana might not cause the paranoia, anxiety, and psychotic reactions reported in the roughly 1,000 phone calls to poison control centers nationwide this April, but with dealers constantly changing compounds to keep ahead of the law there’s really no way to be certain what a drug will do to you.

A bag labeled K2 in 2015 is not going to be the same as a bag of K2 in 2012. Even the name “synthetic marijuana” is a scam, a seductive misnomer to associate the drug with benign weed when in fact “synthetic cannabinoid” would be closer to accurate.

More like this
Science
13 hours ago
The best superhero movie on HBO Max resurrects an ancient warrior myth
By Tara Yarlagadda
Science
14 hours ago
How the Webb Telescope could unveil the newborn universe
By CAROLYN COLLINS PETERSEN and Universe Today
Science
10 hours ago
What makes mold edible? A food safety expert breaks it down
By Elana Spivack
Share: