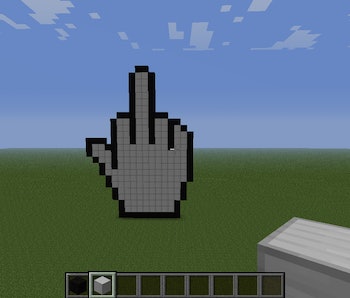 Ask Siri why she doesn’t love you, and she’ll toss some fortune cookie wisdom in your face: “You’re looking for love in all the wrong places.” IBM Watson’s latest robot, which was unveiled at the recent RoboBusiness conference, is just as sassy, checking its watch when it receives too little input. This robot cheats at rock, paper, scissors. Far from the helpful droids we were looking for, the AIs proliferating right now are, well, jerks.

They were engineered that way. Developers seem to be putting as much effort into teaching robots how to keep it 100 as they put into teaching them how to behave. In robots as in humans, persona is as important as function.

According to David Konopnicki, a computer scientist at IBM Labs, AI development is all about meeting user expectations for an interaction. Konopnicki’s specialty is affective computing, a branch of computer science focused on developing systems that can both pick up on and respond to human characteristics — things like vocal intonation and hand gestures — so that we can better communicate with them. A sassy robot, he told Inverse, might simply be easier to connect with because our interactions with it seem more natural.

We might not consciously expect our robots to be able to emote and empathize the way we do, but research shows that we respond better to robots that do. For Konopnicki, who works specifically on developing customer service systems — the endlessly frustrating kind you end up dealing with when you call the bank — developing an AI that’s empathetic is crucial.

To explain why, he describes an experiment comparing human responses to an “emotion agnostic” and “emotive” customer service robot. Users consistently reported having a better user experience with the robot that was able to detect emotion and extract empathy. “Even if you know you’re chatting with a computer, you expect the same approach,” said Konopnicki. “You want the system to address your informational needs as well as your emotional needs.”

The same thing could be said for interactions between humans: Empathetic, compassionate nurses, for example, are more likely to be rated better than their cold, ultra-professional counterparts, even if they’re not as effective in the medical sense.

But to really connect with a human on an emotional level, a robot’s persona has to be believable. This is where guys like Konopnicki defer to video game developers, who’ve spent decades figuring out how to create believable digital personas by factoring motivation, free will, and humor into their characters. If gamers can be convinced they’re immersed in real-life interactions, there’s no reason why the same can’t be true for people interacting with AI systems.

Of course, what persona is assigned to a robot largely depends on what we want to use that robot for. “You don’t expect the same behavior from a robot that is going to help you at the bank or the robot helping you in the hotel,” Konopnicki says. “You don’t expect the same type of jokes.” Siri, a constant friend and sporadically helpful companion, can get away with sarcasm where a robo-nurse at a patient’s bedside might not. A lot of research — and an awareness of our own personality biases — goes into figuring out what humans actually expect from these interactions.

In another small-scale IBM experiment, people using a chat service reported having better interactions when the agent’s photo changed to express different emotions, depending on the situation. Even if we don’t notice those changes on a conscious level, seeing a face that responds to the emotion we’re feeling ultimately makes us feel like we’ve had a much better interaction.

“Why do we use emoticons?” asks Konopnicki. “We use them because words are not enough. We want to show a smiling face or sad face. Because we know that the other side is going to relate at a much higher emotional level.”

Siri’s witty jokes and Watson’s annoyed gestures are just an extension of that sentiment. Communication — with humans or with robots — constitutes so much more than just text or speech. Making those conversations seem as natural as possible is key to making our interactions with robots believable. Slipping seamlessly between the human and robot world is the ultimate goal.

If that means your toaster isn’t always supportive, so be it. You can always talk about it with your ATM.