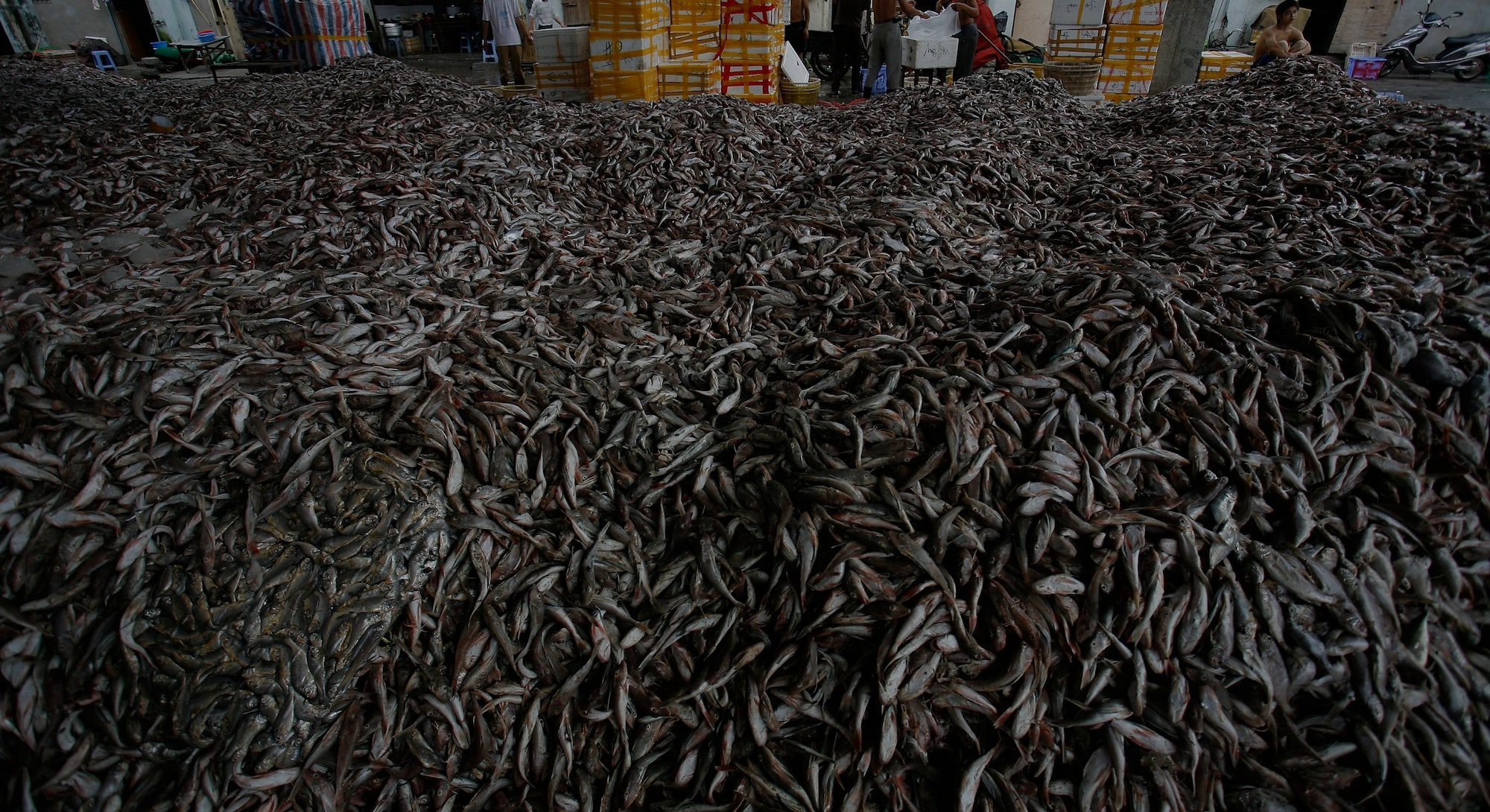 Three commanding officers of the poaching ship Thunder were found guilty by the Supreme Court of Saõ Tomè and Principe on Sunday, after leading authorities on an epic chase this year that lasted 110 days and spanned 10,260 nautical miles.

The officers, along with a 30-member crew, were detained on April 6 after their ship sank (video below) in the Gulf of Guinea, and were today convicted of forgery, pollution, damages to the environment, and recklessness. Captain Luis Alfonso Rubio Cataldo of Chile, Chief Engineer Agustin Dosil Rey of Spain, and Second Mechanic Luis Miguel Perez Fernandez, also of Spain, will face between 32 and 36 months in jail, and will be fined 15 million euros in accordance with charges of pollution and damage to the environment.

It’s less the verdict heaped on the commanding officers of the poaching ship Thunder, as much as it’s their winding saga of brazen law-breaking, and the enduring game of cat and mouse they prompted between themselves, international police force Interpol, and the environmental conservation group Sea Shepard, that amounts to one of the most bizarre manhunts in history.

Thunder had long been monitored by Sea Shepherd Global for Illegal, Unreported, Unregulated (IUU) fishing practices. The Thunder was “one of six vessels involved in IUU fishing for Antarctic and Patagonian toothfish in the Southern Ocean,” according to a statement published by Sea Shepherd. It was finally tracked down thanks to joint efforts between Interpol and The Bob Barker, a Sea Shepard ship that had been tracking the Thunder since December 2014.

After the winding pursuit that encompassed over three times the distance of the continental U.S., Thunder was found in a dormant state, and cornered off the coast of West Africa. Thunder soon sank after its nearly six-month evasion of different authorities, but not before Peter Hammarstedt, captain of the Bob Barker, and Sid Chakravarty, captain of fellow Sea Shepherd ship, Sam Simon, could rescue the Thunder’s mostly Indonesian crew.

Crew from the Bob Barker was able to investigate Thunder before it descended beneath the ocean, and gathered evidence that it later presented in court.

Hammarstedt, speaking of the prosecution said in a statement, “Although São Tomé and Príncipe lacked the jurisdiction to directly address the case of illegal fishing in the Antarctic, they showed the courage and willingness to still tackle it indirectly as seen with the charge of falsification of the fishing license.

“In doing so, they have set an example to other nations around the world in the fight against the endemic issue of IUU fishing.”