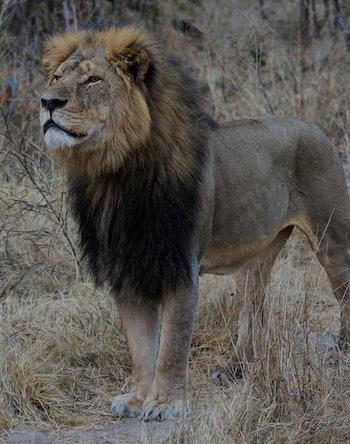 Walter Palmer, the Minnesota dentist who killed Zimbabwe’s Cecil the Lion, will not face criminal charges for the infamous hunt.

The Zimbabwe government has maintained that, all morals aside, Palmer legally obtained a license to kill a lion in the country. He faced widespread backlash for his actions, but the issue is much more complex than those spray painting “LION Killer!” on Palmer’s garage would like the public to believe.

In a recent Radiolab podcast, producer Simon Adler follows Corey Knowlton, another hunter, as he travels to Namibia to legally kill a black rhinoceros, which he did in May. The largely unspoken aspect of legal hunting is that people like Knowlton believe wholeheartedly that killing is necessary for conservation. The rhino he was after was an older member of his community — post-reproductive and violent. In the podcast, adding credence to Knowlton’s claim, Adler discovers the bones of another rhino that was victim to her more aggressive elder.

In addition to the conservationist angle, hunting creates its own economy that benefits many locals. Botswana, for example, banned trophy hunting, which actually had a negative effect. The hunters employed local guides, and also funneled money into the community to help pay for essentials like plumbing. The money goes into conservation, as well, as it is often used to protect animals on wildlife conservations. By sacrificing one animal, many others can better survive.

Cecil the Lion was certainly popular among humans. His home, Hwange National Park, attracted many tourists annually, but in Zimbabwe, he was much less notable. Kennedy Mavhumashava of Zimbabwe’s The Chronicle estimates that 99.99 percent of the country didn’t know Cecil existed, let alone that he was the world’s most famous lion! His importance and the depth of his loss were felt much more strongly abroad than where he actually lived.

The death of Cecil the Lion is a vital case study in how we collectively deal with such complex issues in the social media age. Comedian Jimmy Kimmel raised over $150,000 in donations for the Wildlife Conservation Research Unit, which was studying Cecil, but people like Knowlton believe they’re making the real difference. It’s easy to admonish Palmer, but not only did he have a legal right to hunt Cecil, he also could be pegged as a martyr, sacrificing his own well-being for many unnamed lions. The other lions, whom Cecil could potentially harm, don’t know he’s a celebrity. It’s an entirely human-fabricated phenomenon.

Walter Palmer probably could have killed a different, less notable — yet still dangerous — lion. And there is still an argument against even conservationist hunting; after all, you’re still killing an animal defenseless against a gun. There is also no room for poaching — Palmer, of course, hunted legally. But the loss of Cecil the Lion opens up many new questions about the role of the hunter (not the poacher) in protecting wildlife. It’s a conversation we wouldn’t be having without Palmer.